For my second artist portrait, I feature Rachel Wolfson Smith. Unlike some artists who share a studio space, Rachel had her own room with giant works on display. You can see two of her drawings behind her. It’s a working studio and not simply a gallery space. I saw a particularly large work less than half-way completed, on the other side of the room.

Her medium of choice is pencil, with many layers of details showing though. Unlike thick oil paint on canvas, which has a physical 3D effect, pencil is subtle and equally complicated. While flat, not having the thickness of paint, the successive pencil strokes doesn’t fully cover the details underneath. You get a complex layering effect which also feels three-dimensional.

Rachel started with paint, which she studied throughout her undergraduate education. More recently, she switched to pencil, which was a big change, she explained. I saw some of her earlier architectural themed works with paint, which were significantly different. Though I’m not an artist, I could understand how much of a shift it must have been. 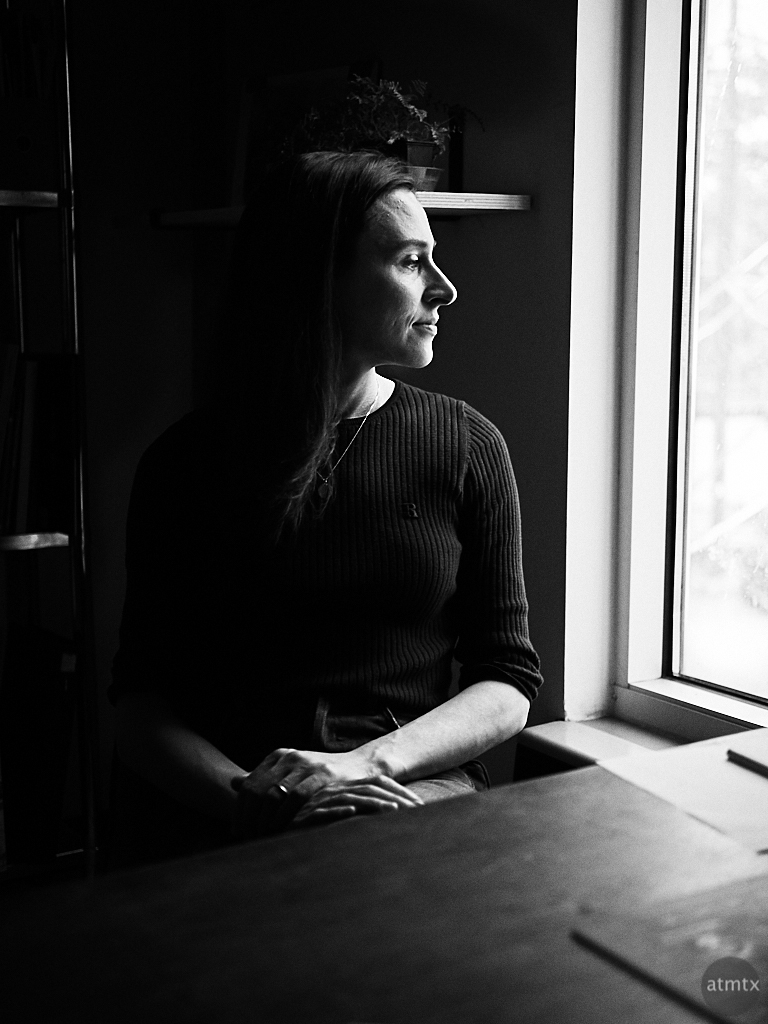 I often create portraits in darker conditions, which you usually see at Drink and Clicks. I wanted to create a more dramatic portrait. With Rachel’s permission, I turned off the lights and ask her to move towards the window. The image above is the result.

Rachel Wolfson Smith’s work can be found at www.rachelwolfson.com.