Two days ago, I featured a portrait that I made with the Fujifilm GFX 50R. Well, if 50MP isn’t enough for you, how about 100MP? That’s what I used to create today’s portrait. I used Fujifilm’s flagship, their newest medium format camera released in 2019, technically with a 102-megapixel sensor.

I was at the Precision Camera Expo last December, where I photographed Kara. The lighting was considerably better than the warehouse Drink and Click, where I used the GFX 50R. While Precision had a large softbox available with a radio trigger, I opted to use available light. When you’re used to shooting under dismal warehouse conditions, the comparably bright camera store was no problem.

I’ll spare you the shock of showing a 100% crop. As lovely as Amanda’s eyes are, seeing it at 100MP large is sort of like looking into the eye of Sauron. I used the 63mm f2.8, which is a 50mm equivalent in full frame terms. While I only borrowed the GFX 100 for several minutes, using it was a breeze. Much easier than the GFX 50R since this flagship has in-body image stabilization and faster focusing. In fact, the focus system is the same as the Fuji X-T3. It was easier to make these portraits with the 100MP medium format beast than using my dainty Fuji X-T10. 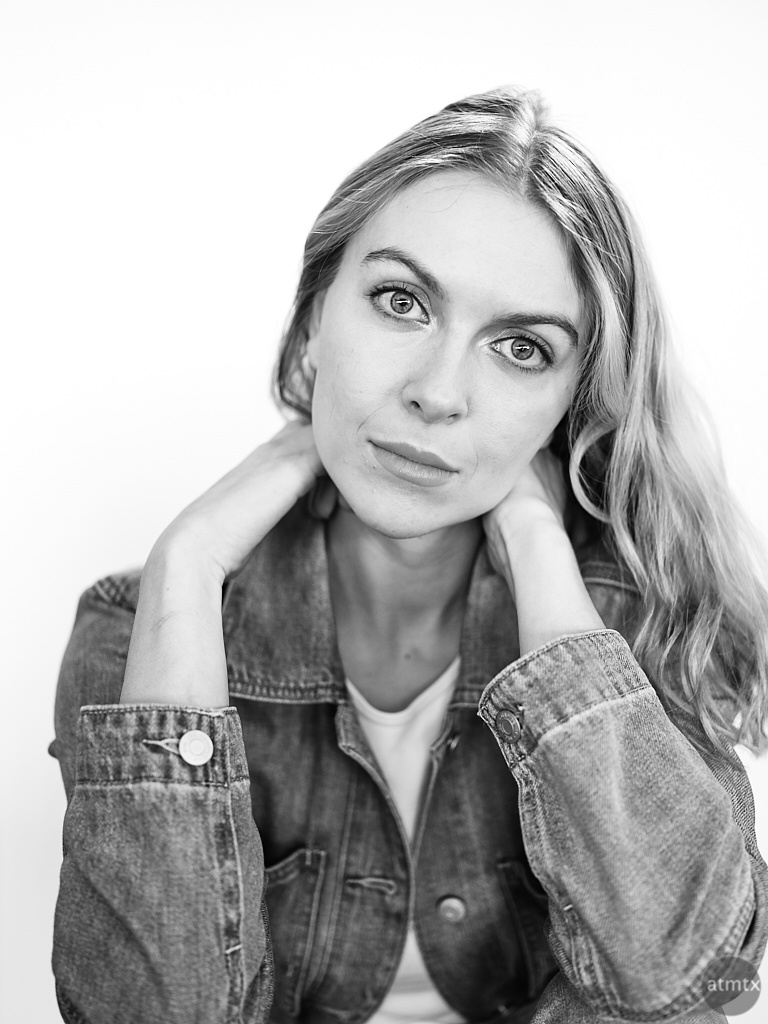 I shot the camera in JPEG because I didn’t have a RAW converter. Even so, the colors are wonderful, especially the well regarded Fuji skin tones. The conversion to black and white worked really well too. Better than with JPEGs from other cameras. I really like the way it rendered. 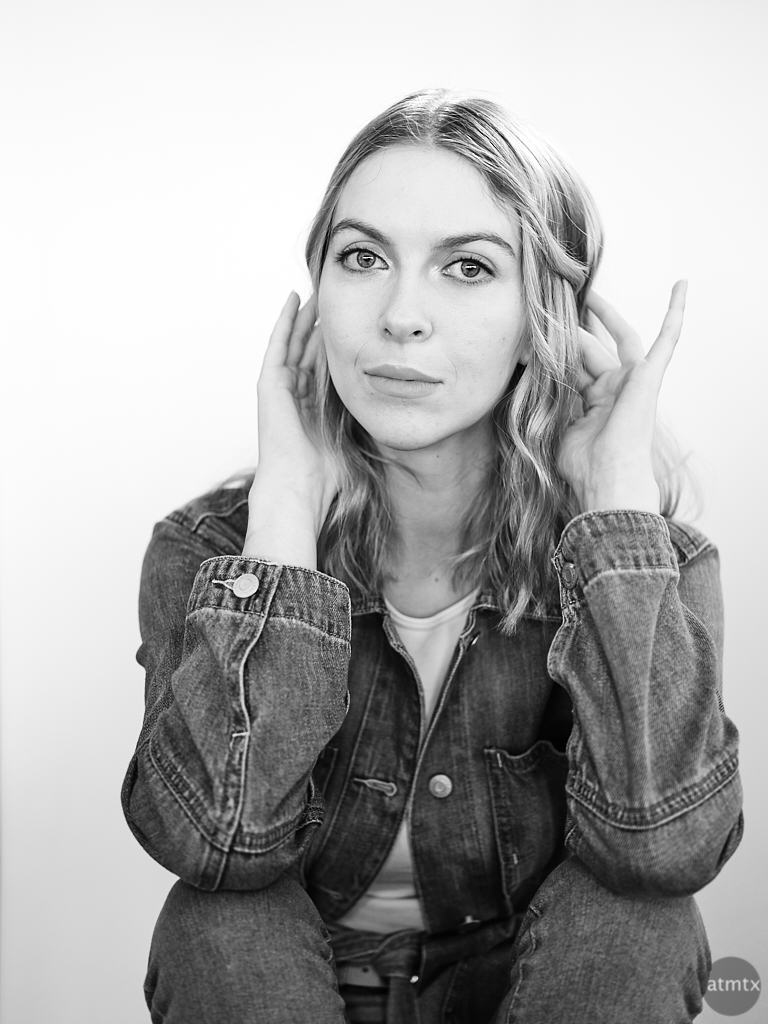 Here’s one more converted black and white for good measure. As nice as the camera is to use, it’s very large and heavy. If the $10,000 camera price isn’t enough of a deterrent, the size and weight might be. However, the camera is a game-changer for medium format. Extremely useable and capable.

2 thoughts on “Playing with the Fujifilm GFX 100”