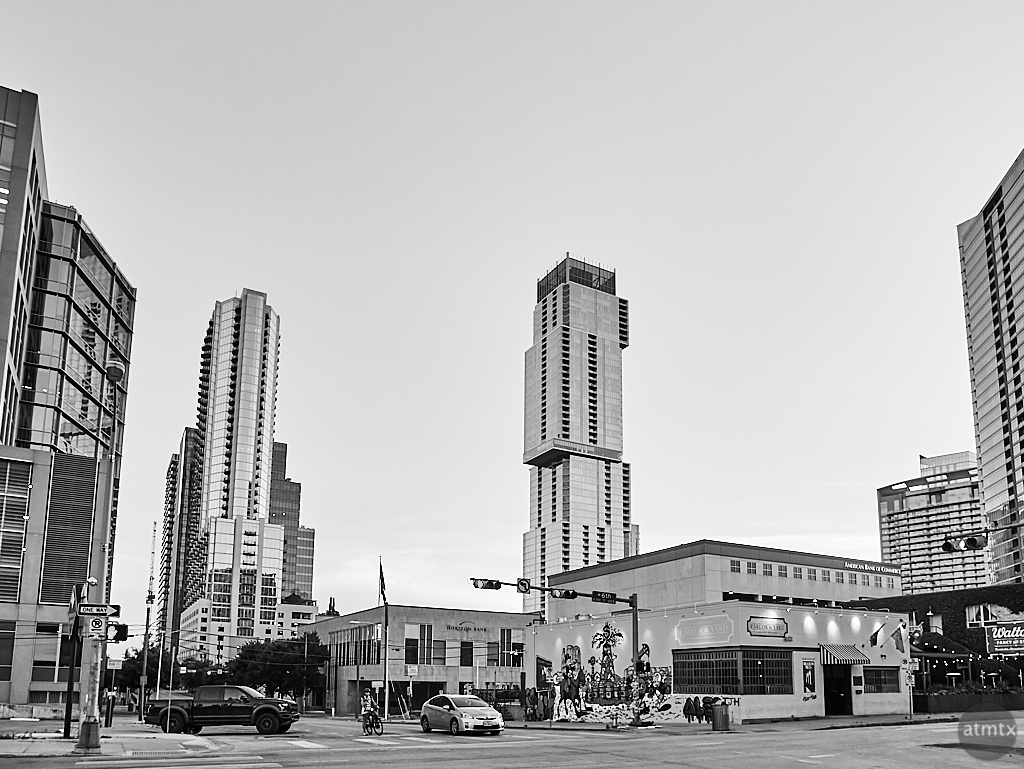 I’ve talked a lot about all the new skyscrapers being built in Austin. There’s been a boom in construction, and the once-sleepy college town has certainly developed into a hot growth city. But, from many angles, the new towers are still sparse. Such is the case from this West 6th Street vantage point.

The tower in the middle is The Independent, currently the tallest building in Austin. To the left, the 360 Condominiums, the fourth tallest. The partial building on the right is the Fifth & West Residences at number 7. There are some streets, like 2nd Street, that looks downright urban, with tall towers right next to each other. You can see part of that cluster behind the 360 Condos. However, this is more of a representative view. There’s usually a lot of space between the buildings.

While that doesn’t make Austin competitive in the dense big city contest, that’s not necessarily a bad thing. Especially these days with the pandemic, where more people seem to be souring on dense big cities. Downtown Austin is unquestionably urban, but not oppressively so. Even if all the surface parking lots a built out, I think it will have a nice mix of tall and short structures with a reasonable amount of breathing space between buildings.