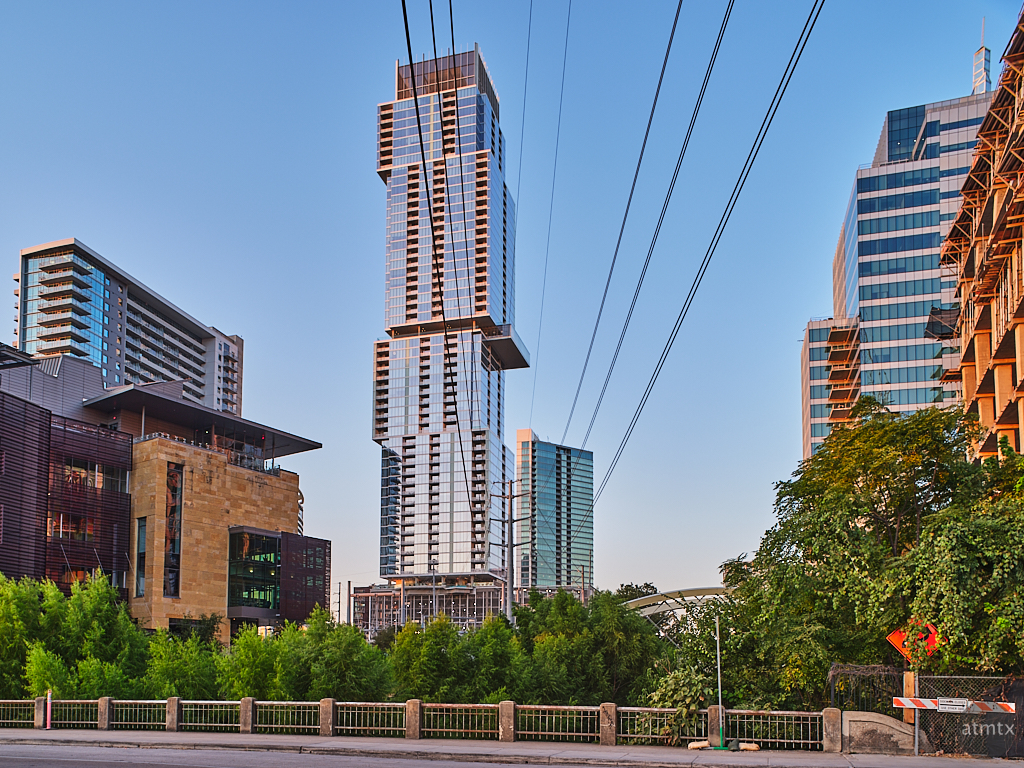 I’ve talked a lot recently about my new gadget, a FotodioX tilt-shift adapter, to use a legacy Mamiya film lens on my Fuji GFX 50R. I did a review of the Mamiya 35mm f3.5 yesterday. And before I review the tilt-shift adapter tomorrow, I wanted to give you concrete examples of what it can do with the same subject.

I picked the tallest building in Austin, The Independent, as my subject. I used the Mamiya lens and the shift capability to move the lens assembly upwards. This allowed me to shoot parallel to the ground while still framing the entire building. The net effect is that the vertical lines are more-or-less straight. It eliminates the leaning back effect that you typically get. See below for an example. 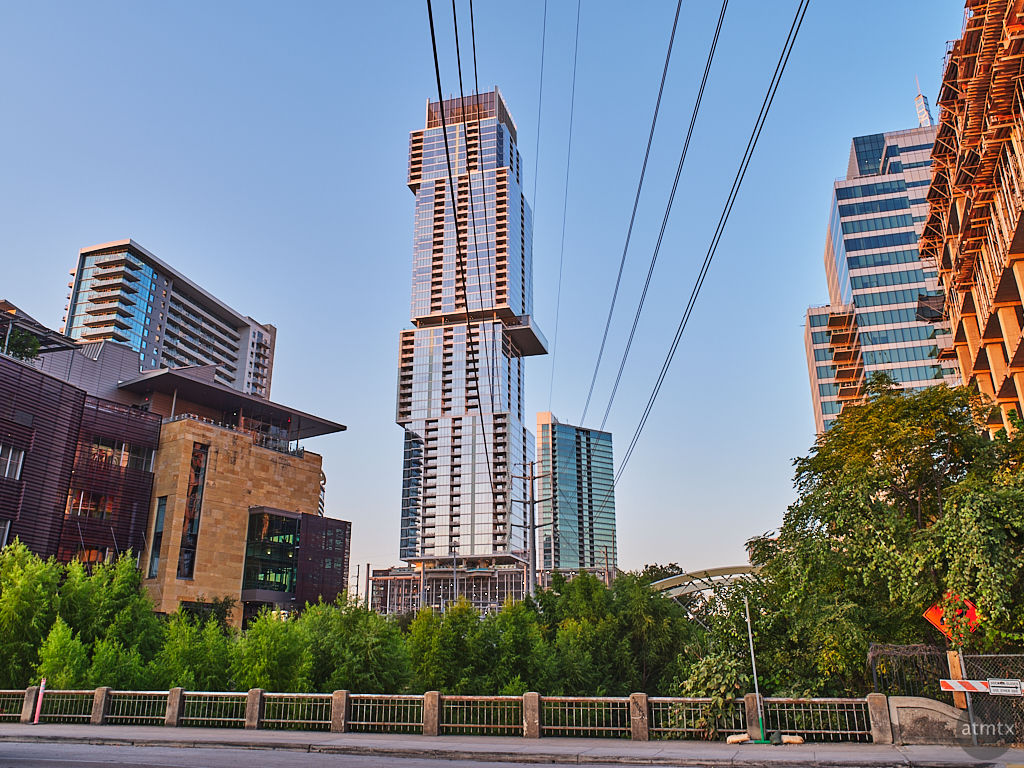 The Independent – Austin, Texas (Not Shifted)

In this second photo, I shot it from the same spot with the same lens. Except, I kept the adapter neutral, not doing any lens shifting. To frame the building, I had to tilt the camera and lens upwards. This makes all the buildings lean backward. It’s something that I didn’t mind in the past. And, in fact, it can be used as an artistic effect. But for earnest architectural documentation or for a more natural look, correcting this distortion is a requirement. 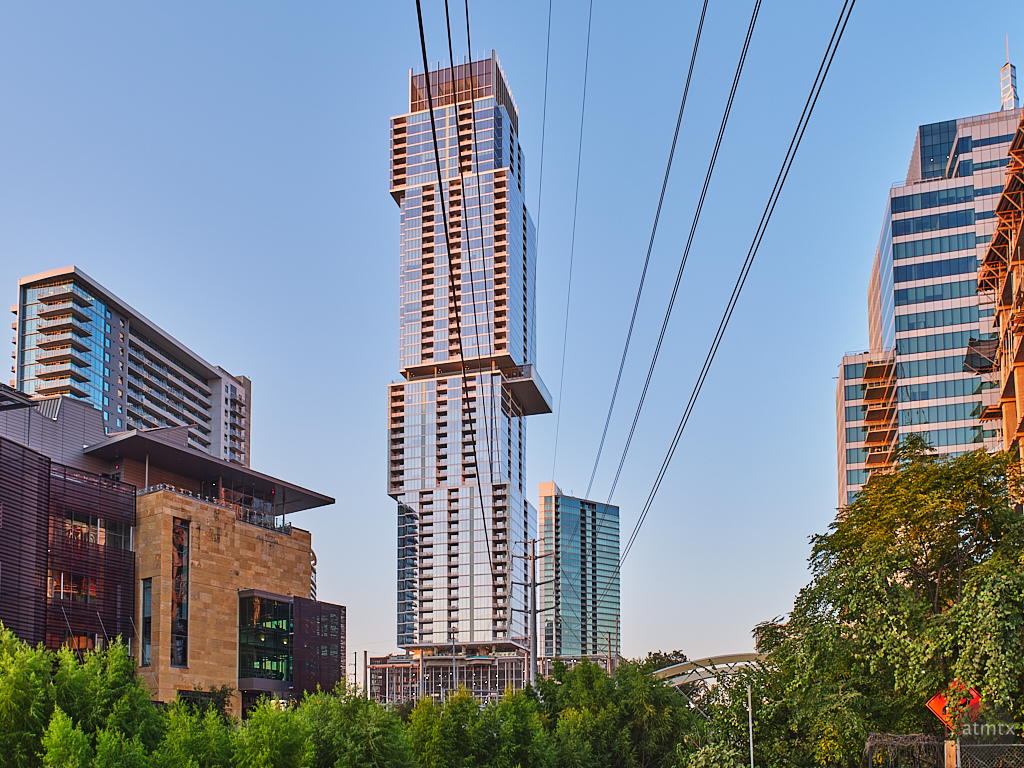 This distortion can also be corrected with post-processing. Capture One, my default processing program, allows this. In this third example, I took the 2nd photo and digitally fixed the lean with software. Notice, however, that the framing has changed. The software correction crops into the image, thus making it less wide.

When using the optical shift, I get the entire 28mm equivalent framing. Not so when correcting in post. Of course, I can combine both the optical and digital corrections, too. I’ve done that when I needed to do perspective correction beyond what the tilt-shift adapter is capable of.

Now that I’ve gotten used to this perspective correction, I’m getting addicted to it. I feel compelled to use it all the time for architecture and cityscapes.

One thought on “Examples: Shift, No Shift, and Digital Shift”