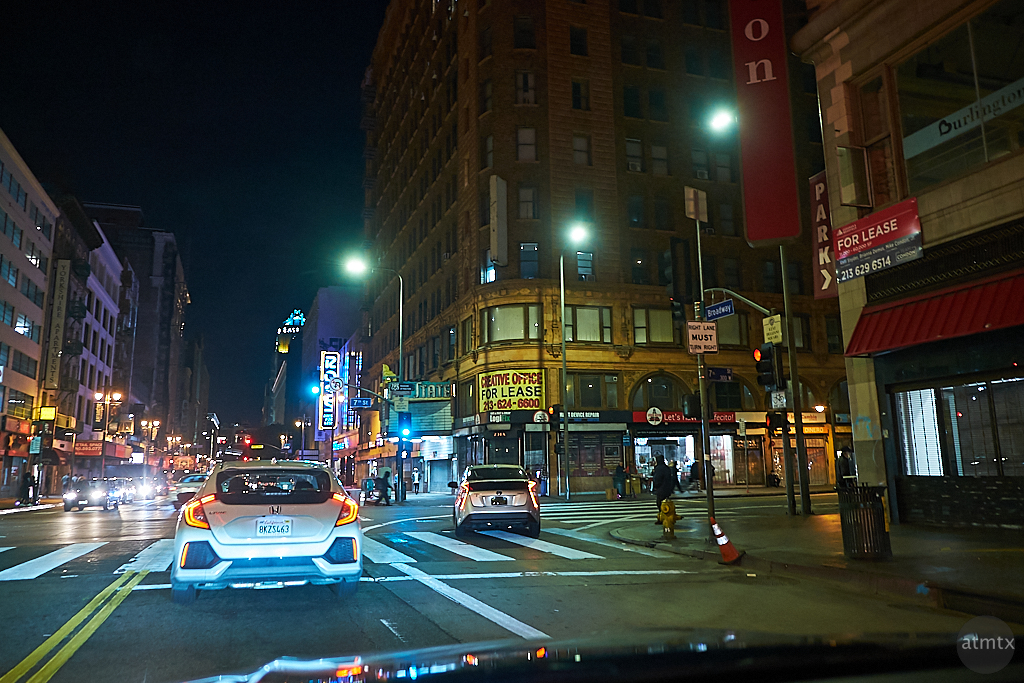 I’m wrapping up my downtown LA South Broadway series with this photograph from the corner of Broadway and 7th. I quickly took a snapshot just as the light turned green. This random picture unexpectedly documented some history. As I mentioned in my Welcome to Santa Monica post, the original Route 66 end here from its start in Chicago.

My father did much business travel in his heyday and often visited Los Angeles and San Francisco. He’s always loved San Francisco but disparaged Los Angeles. I think his bias has influenced me. Without question, the natural beauty of the Bay Area is hard to beat. However, I’ve come to realize LA has its own charms.

Downtown is certainly a work in progress. Hopefully, it’s getting better, but I have no idea. However, there is no question that the central business district is more substantial than I expected. There’s a lot of historic fabric leftover, and if carefully renovated, it would yield a character-filled urban environment.

I showed photos of theaters over the last few posts. I noticed one that I missed, documented on the right, across the street. It’s the State Theater. I also somehow missed the Orpheum. On Google Maps, I also found the Cameo and Arcade, in shambles, right next to the Roxie. That appears to be the complete list of Theaters on Broadway. According to this blog, that lists all of them in LA. It’s an amazing resource if you’re interested.