Yesterday, I made a candid street photograph of these three by a food truck. And I explained how I flubbed the exposure, though I remarkably recovered the image in post. After I shot that photo, Zoey, on the right, asked to see the photograph. I was more than willing to oblige when I discovered my big underexposure mistake.

I mumbled that I had botched the picture but was more than willing to make a portrait instead.

I shot three frames but like these two the best. However, which is my favorite? I wasn’t sure, though I was leaning towards the first. Here’s both and you can decide. 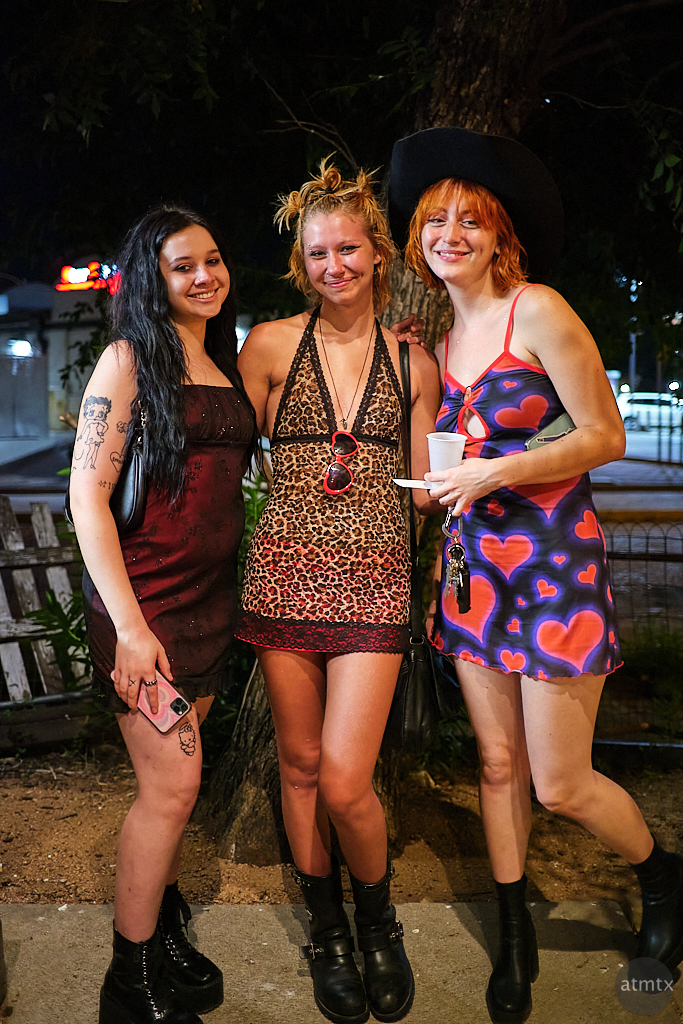 They both have their advantages. We have Presley smiling in the second, but I prefer the expression of McKensy and Zoey in the first. Picking the selects can be difficult, especially for the photographer. When I curate images, there are constantly tradeoffs that I balance. It’s one of the more difficult things I do. Though the process is usually invisible to the viewer.