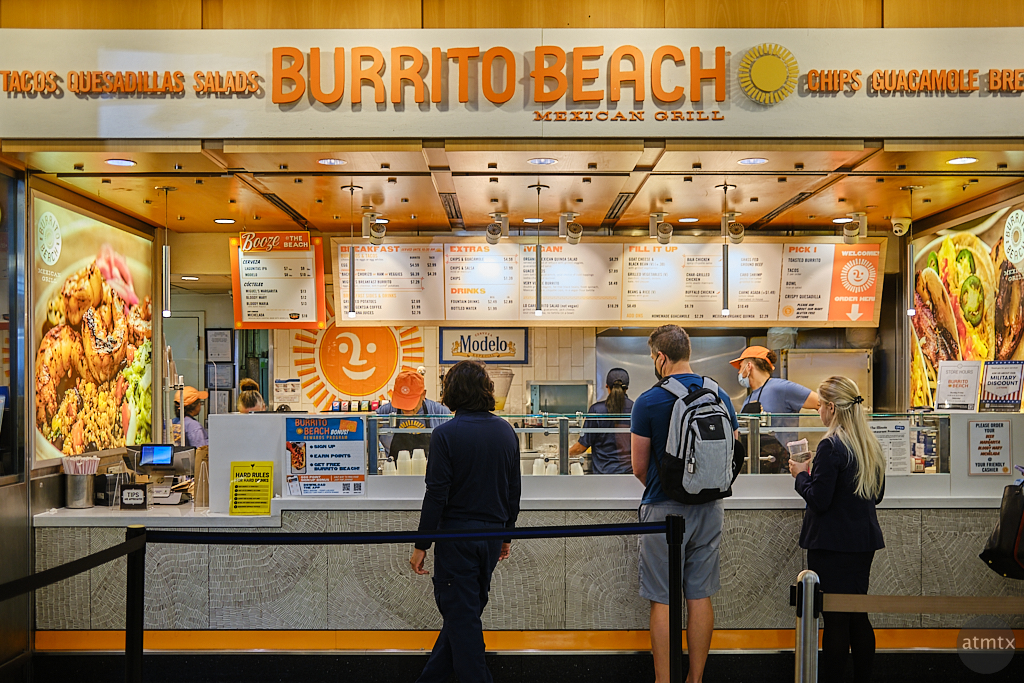 My architectural photography was limited at O’Hare, where most hallways started looking the same after a while. I documented the hall of flags, but then what? While I generally gave up eating breakfast years ago, it was prudent to get food. I wouldn’t be eating until dinnertime when I reached New York.

After a slow exploration of food options — to burn time before my next flight — I settled on Burrito Beach. The wonderfully sunny glow was a welcome beacon over the typical fast food joints. Luckily, it was early enough to order a breakfast burrito before the 10:30am cutoff time.

There’s not much to see without busting open the protective flour shell. But filled inside this tortilla was egg and chorizo, a Mexican sausage. Though I think the breakfast tacos in Austin are superior, the larger Chicago version was perfectly satisfying. I deliberately ate since I had ample time before my next flight to Detroit.