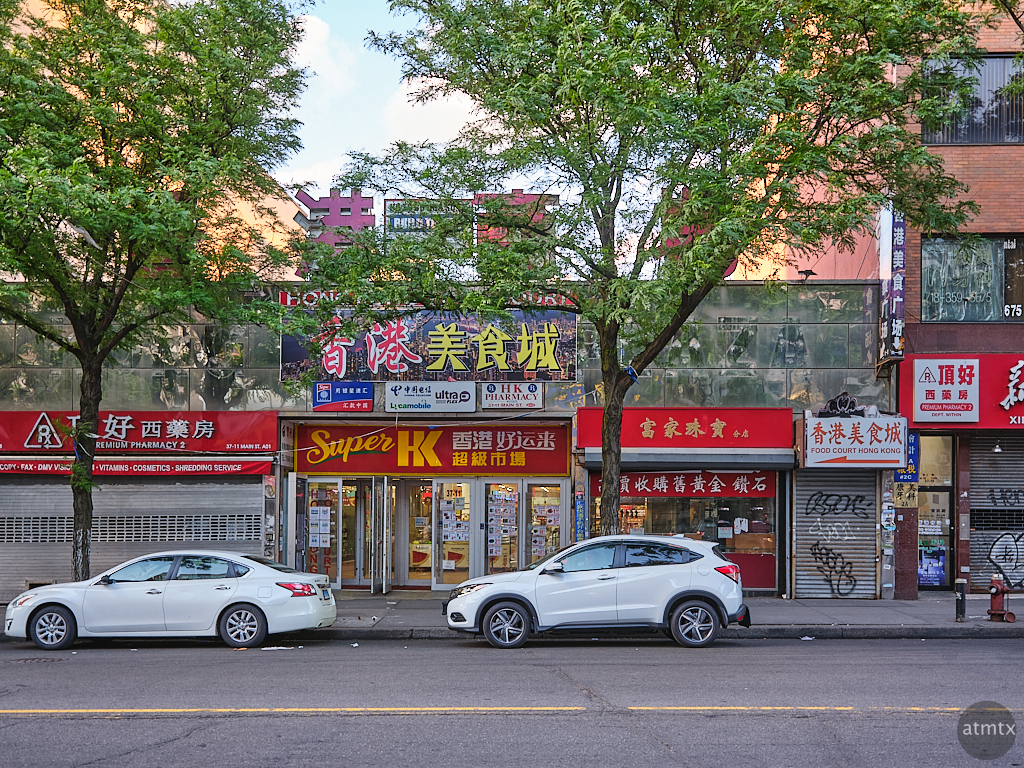 Unlike the 6-story structure featured yesterday, today’s is more representative of stores in the area — one to three-story buildings dominate. I’ve noticed that the density has increased with additional floors added to exiting one-story buildings. Flushing has a large Asian population. Many of Chinese descent as I mentioned before. I didn’t realize how big it was until I did some research.

According to Wikipedia, the Flushing Chinatown is the largest in New York City, surpassing the original in Manhattan. It is one of the largest and fastest-growing ethnic Chinese enclaves outside Asia, and the most diverse in New York.

When I lived there more than forty years ago, it was multi-cultural without one primary group. In my teens, I noticed an influx of Chinese and Korean immigrants. More recently, I heard the Korean community moved further east, while downtown is very much Chinese.