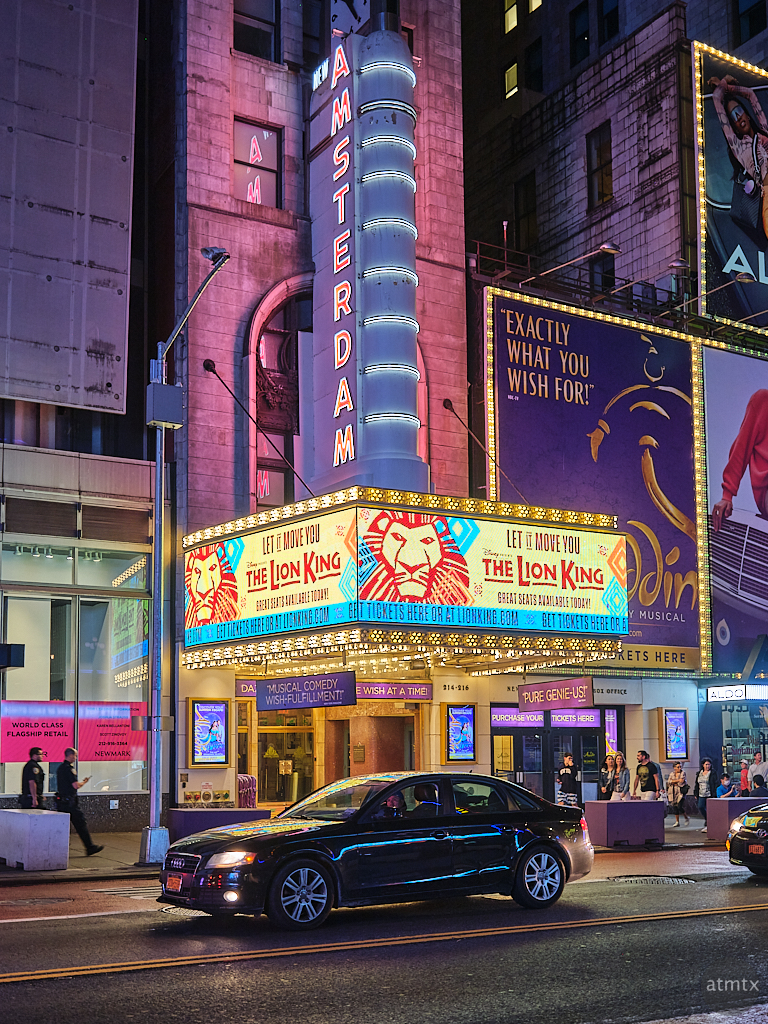 From Broadway, I turned right and walked west on 42nd Street. I think of this street being the southern boundary of Time Square.

I noticed the New Amsterdam glowing with the Lion King, a show I watched years ago at this theater. Disney has a built-in audience with their musicals since it piggybacks on a well-known animated movie. The costumes used to depict animals were innovative for Broadway and added a dimension to a kid’s movie.

The marquee is deceptive, however. It’s Aladdin that is now playing at the New Amsterdam. In 2006, the Lion King moved to the Minskoff Theater after starting at this theater in 1997.