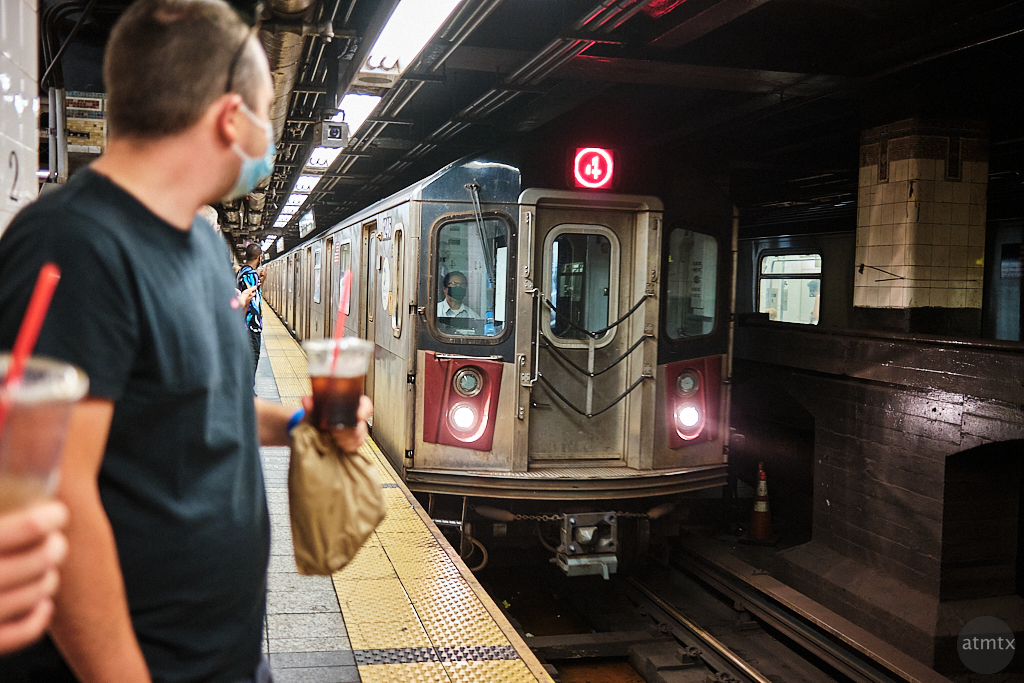 Most of the subway stations were old and dingy, and even the newer trains were dirt covered. However, there were encouraging signs of improvement. After nearly a decade, I finally experienced the New York City subway system again this past June.

No matter how many times I ride trains, I love to snap images of them coming into the station. Sometimes I opt for crisp shots, which work well with my Fujifilm X100V. Other times, I go for motion blur using a slow shutter — considerably easier with image stabilization which the X100V does not have. 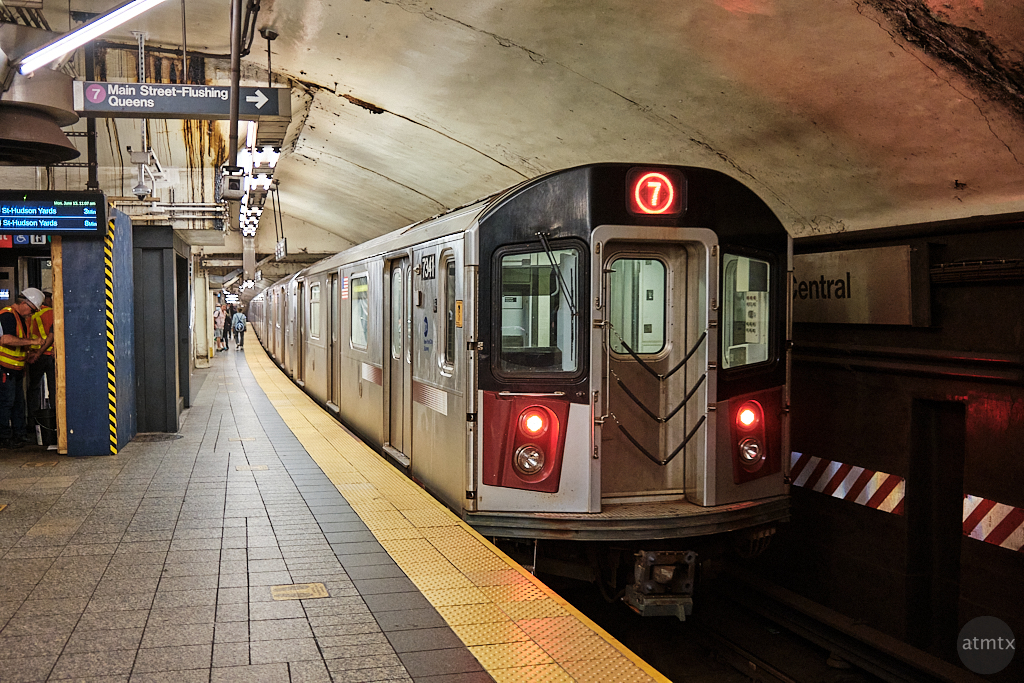 I feature beauty shots of the Number 4 and 7 subway trains at Grand Central. Though both subways look similar, there was a startling difference inside. The Number 4 looked conventional enough. However, look below for the newest train in the fleet.

The corners at the ceiling give it away, modern-looking LCD panels with animated ads instead of old fashion paper. There are also panels on the walls with ever-changing content. The signage indicated the next stop too. Perhaps not earth-shattering, and I’m sure other advanced systems have these. However, I was surprised by the technology update in the old New York system.

Positive signs that the transit authority is modernizing. A great city like New York deserves it. And look how clean it looks inside. Back when I lived in the city, the subways were covered in graffiti, sometimes even on the inside.