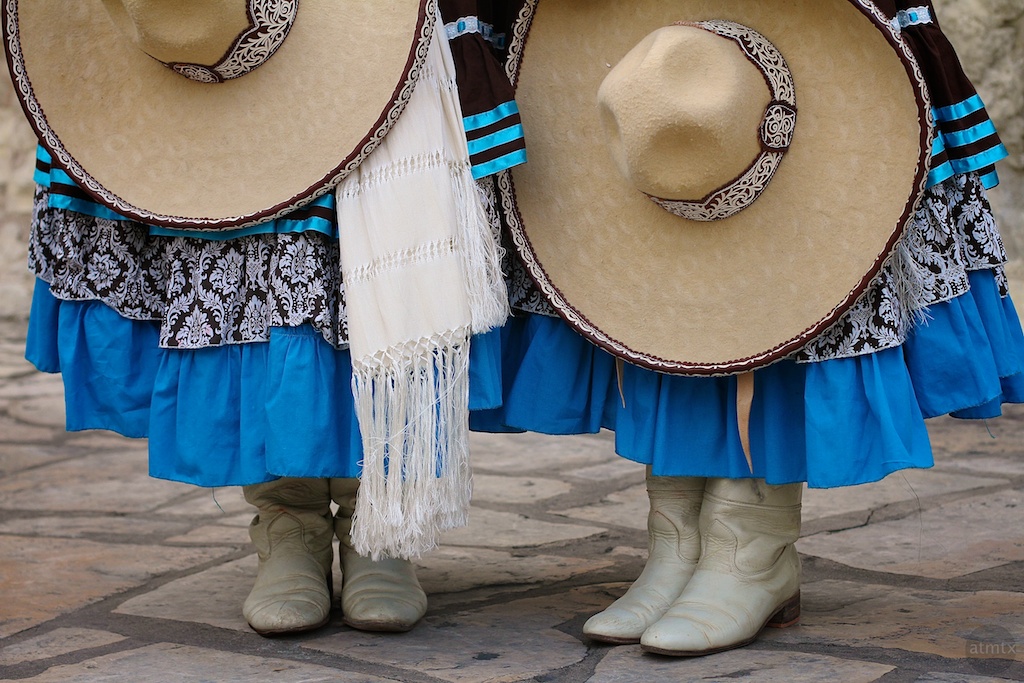 Hats and Boots in San Antonio

This past Saturday, I had a neat opportunity to go shooting with a photographer that I admire. Kirk Tuck, an Austin based commercial and portrait photographer, was leading what he called an anti-workshop in San Antonio. He was going to have a casual downtown photowalk with some instructions and suggestions on street photography. I’ve followed Kirk’s Visual Science Lab blog for a while and wanted to get in on the fun.

San Antonio is about 80 miles south of Austin and is worlds apart. It’s an older city with a richly detailed downtown with a strong Hispanic heritage. My Photographer friend Mike was nice enough to drive as we started our carpool at 6:35am from Austin. Kirk’s gathering was meeting at the world-famous Alamo at 8:30am. A good group of about 30 people gathered as Kirk started his talk. We started our photo tour around the Alamo as we wandered through the downtown streets of San Antonio, guided by suggestions and a map from Kirk.

We met at Mi Tierra restaurant at 10:30 from some brunch and we ate again at 5:30 at another Mexican restaurant before going back to Austin. In the spirt of Kirk’s photowalk, I only brought one lens, my 50mm f1.4 lens, with me on this trip. The 50 is a bit long on a cropped frame camera but I still think it can work nicely for street shooting–especially as it gets dark.

On the plaza, in front of the Alamo, there was a Hispanic cultural event. There were people dressed in some old Texas Ranger outfits and other historic garb. I made the photo of two girls that we set to dance at the cultural event. I noticed the symmetry, the outfit, boots and the way they held their hats.