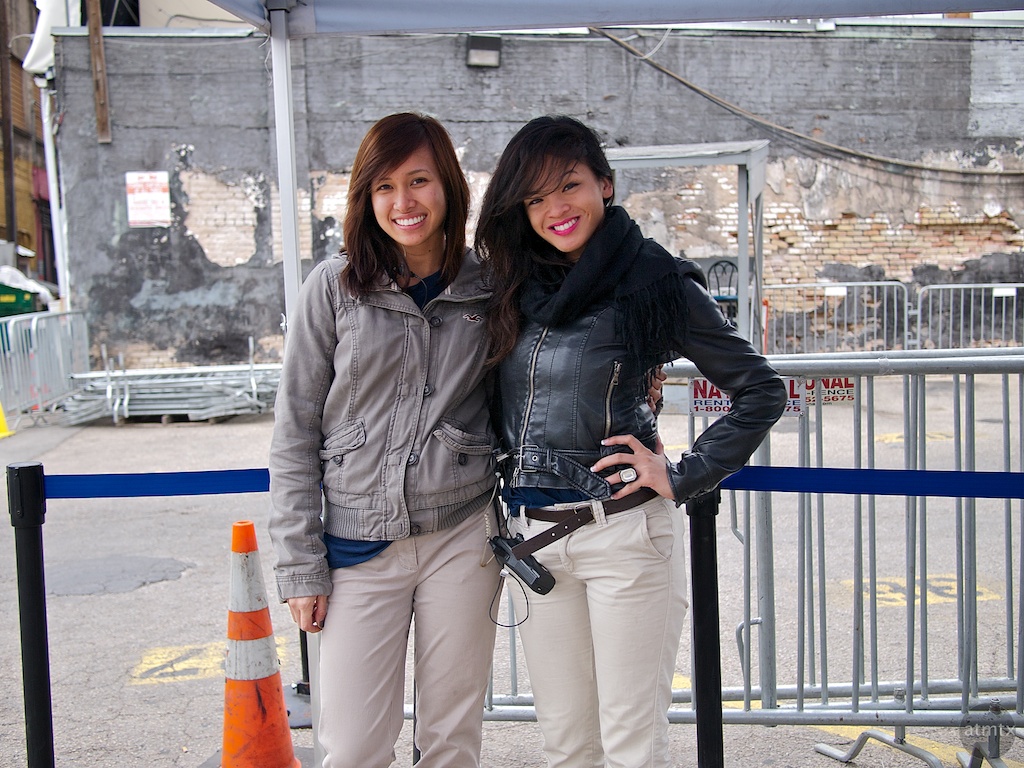 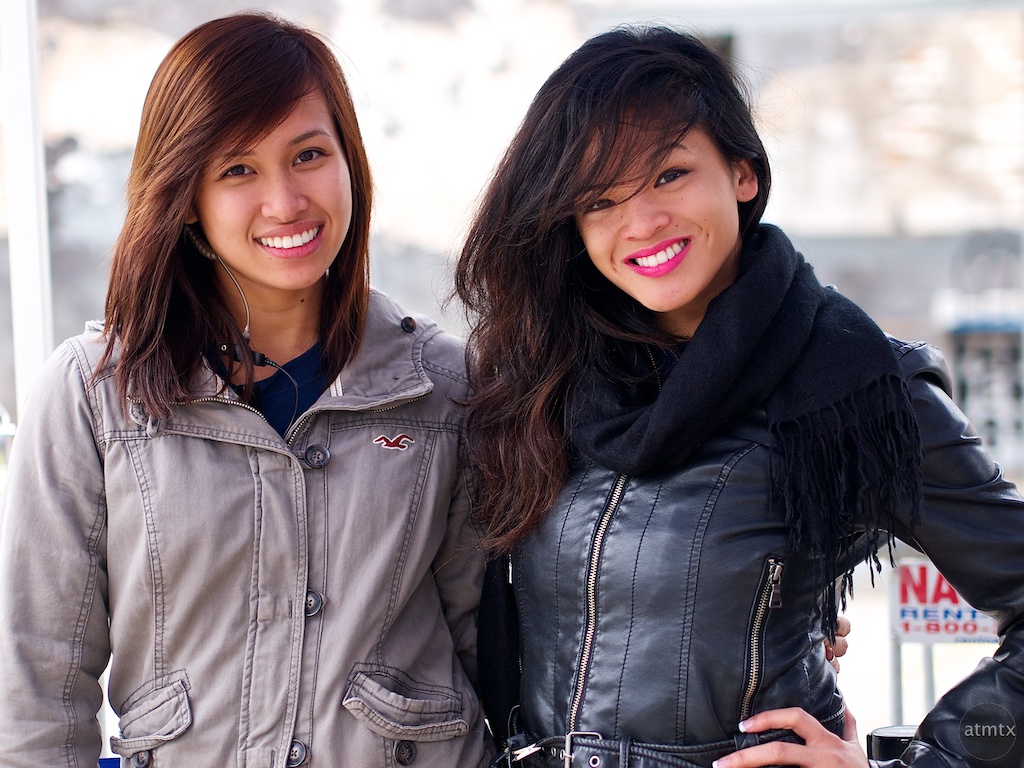 At the end of the last episode, Kirk, Frank and I were taking about life and photography over coffee at Caffe Medici. We all just happen to run into each other in downtown Austin, all toting our small mirrorless cameras. Coffee time was over and we continued on with our photo excursion. Frank mentioned that Nissan was having a Leaf demo, a look at their newest high-tech all-electric car, a couple of blocks away. With a small group and no line and we quickly got in to see the high-tech displays. I even took a short test drive. The Leaf was certainly futuristic, very quiet and zippy. As cute as the cars were, I was more attracted by a different photo opportunity. Jacklyn and Odessa were part of the demo team at the Nissan display. There were tucked safely behind a barricade so that they would be safe from crazy street photographers. That didn’t stop me of course. I need to take opportunities like these and ask total strangers if I can take their photo. Like many people, I find this to be a challenge but like many things, with practice, things get easier. Kirk is the master of talking to strangers and winning their trust. I experience this skill first hand over a year ago in San Antonio when Kirk lead that he called an anti-workshop. It was then when I made a concerted effort to get better at asking strangers if I can take their photograph. I remember writing about this early on in this blog in a post called Overcoming the Fear of Photo Rejection. After a year or so, it is getting easier but I’m still not up to Kirk’s level of expertise, but I keep on trying.

This was also perfect time to test out my new two camera combo, that I had with me. The first photograph has taken with a Olympus E-PL1 with the 20mm Lumix f1.7 lens. I find the 40mm equivalent lens to make excellent environmental portraits. Not in this case though. There are too many distractions and the surroundings are not exactly inspiring. Luckily, I had the second camera with a lens that works a lot better in these situations. A quick switch to my other, identical Olympus E-PL1 did the trick. This second camera had the new Olympus 45mm f1.8 lens. At a 90mm equivalent, and a big aperture. I was able to get a closeup and blur the displeasing background into a creamy haze. I took both images from about the same vantage point on the other side of the barrier. I felt obliged to test out my new portrait lens so I continued with some headshots. Jacklyn was a bit shy so she oped out but Odessa seemed really happy to stand in as a model.

WIth my two camera test deemed a success we continued west, back to where our cars were parked. In the previous post, I wrote in detail of how I ended up with this two camera setup. After over a year of looking, reading and testing I finally came up with this winning combination. In the next weeks and months, I’ll write some more about how this 2 Olympus combination is working out.

3 thoughts on “The Two Olympus Pens in action”