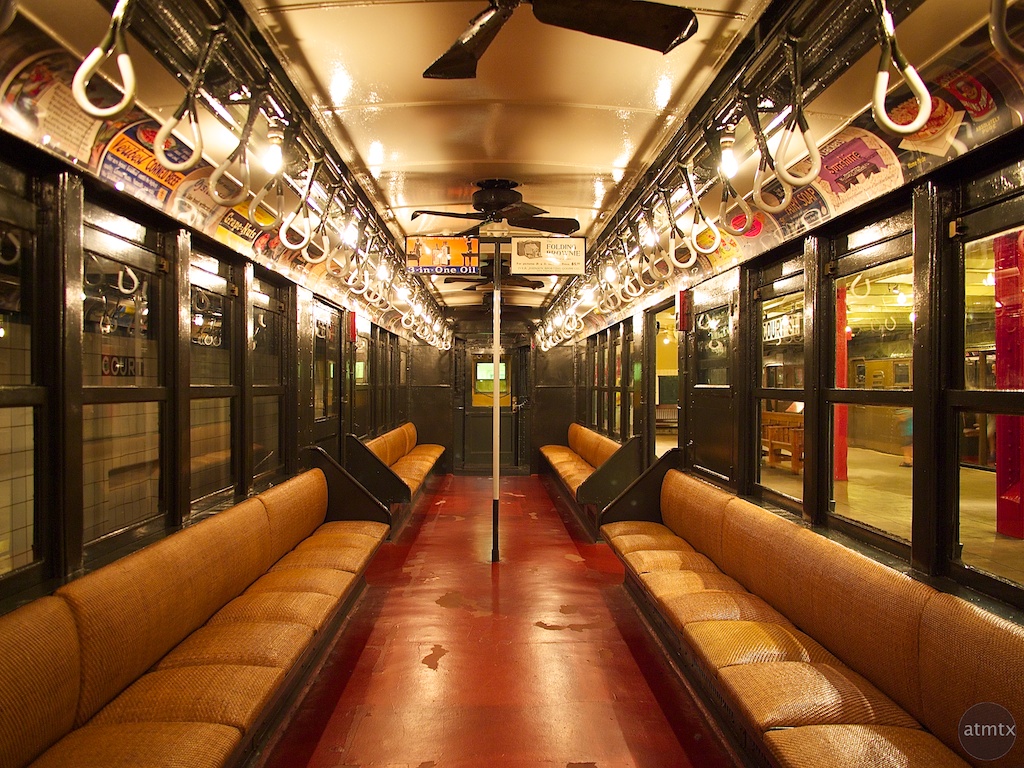 I’m finally back home in Austin after a 3 week vacation in Japan. I took a flight from Tokyo’s Haneda airport into JFK airport in New York City. I landed at 6am and my connecting flight to Austin was at 5pm. So what do you do when you have an 11 hour layover in New York? Well I hopped on the subway and headed into the city. 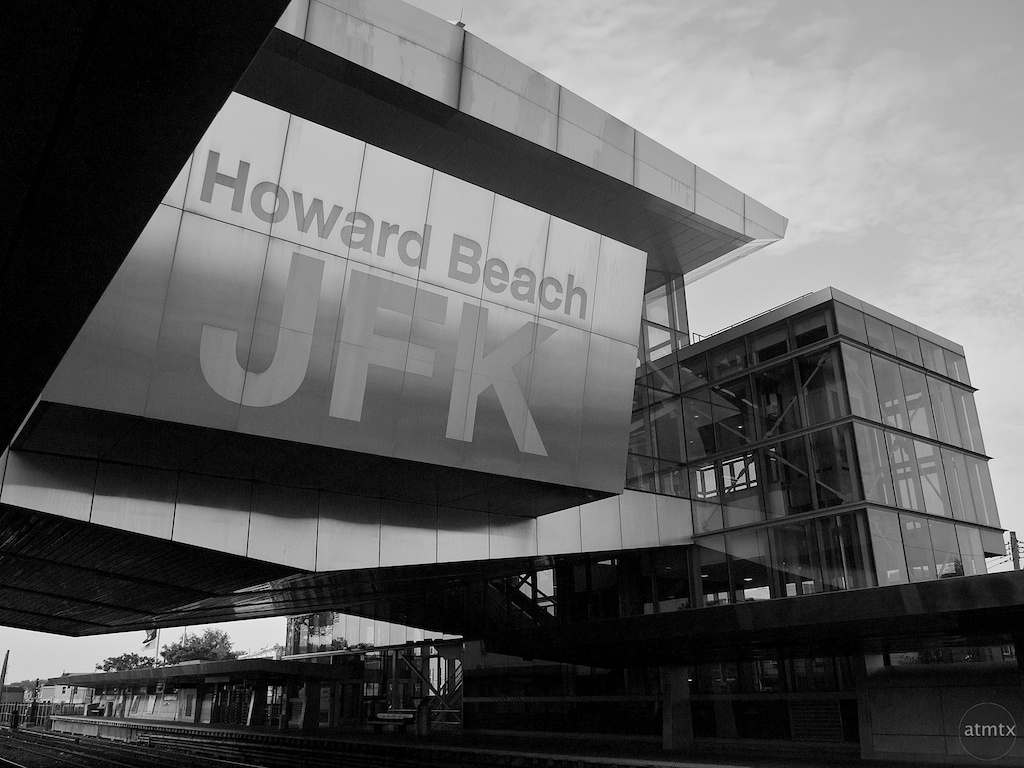 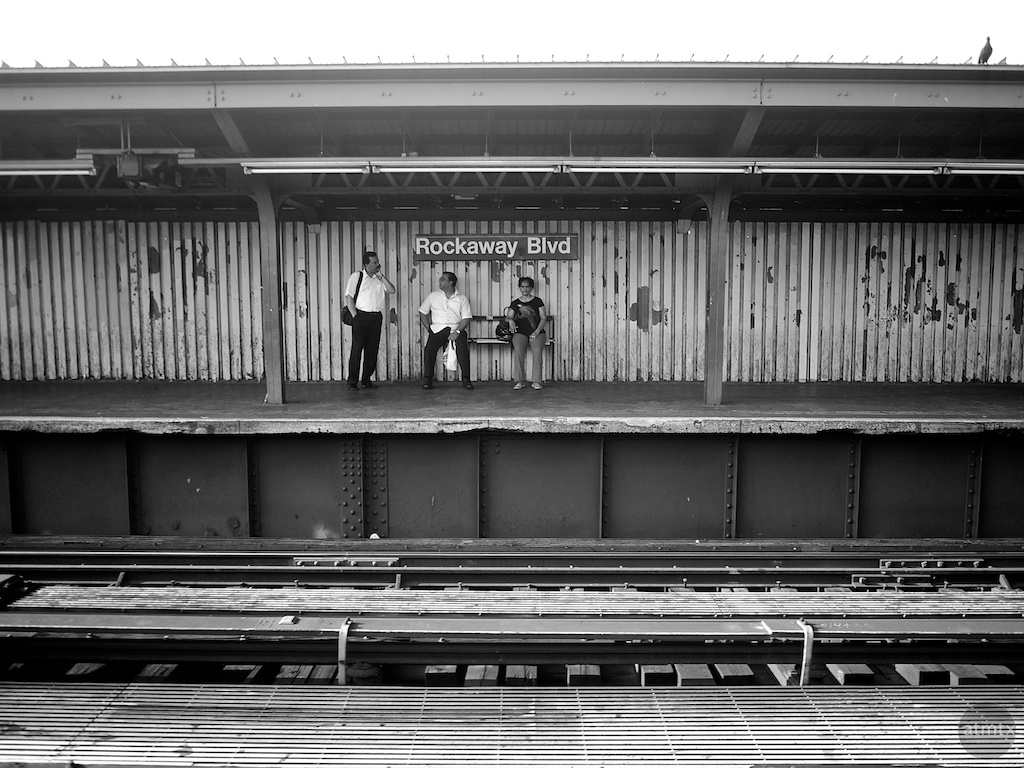 11 hours seems like a long time but it’s not as much time as you might think, especially when you factor in all the wait time for the subway. Flying directly into NYC from Tokyo is a jarring experience. The old and dirty New York City subway system is quite a contrast from Tokyo’s clean and fast train system.

After touching down at 6am, it was 7am before I got through customs, checked in my luggage and took the Air Train from the Airport to the Howard Beach subway station. There I waited 30+ minutes until the A train arrived. Surprisingly, it was nearly 9am until I got the World Trade Center station in lower Manhattan. Chalk it up to a couple of detours and transfers to get around some subway maintenance. 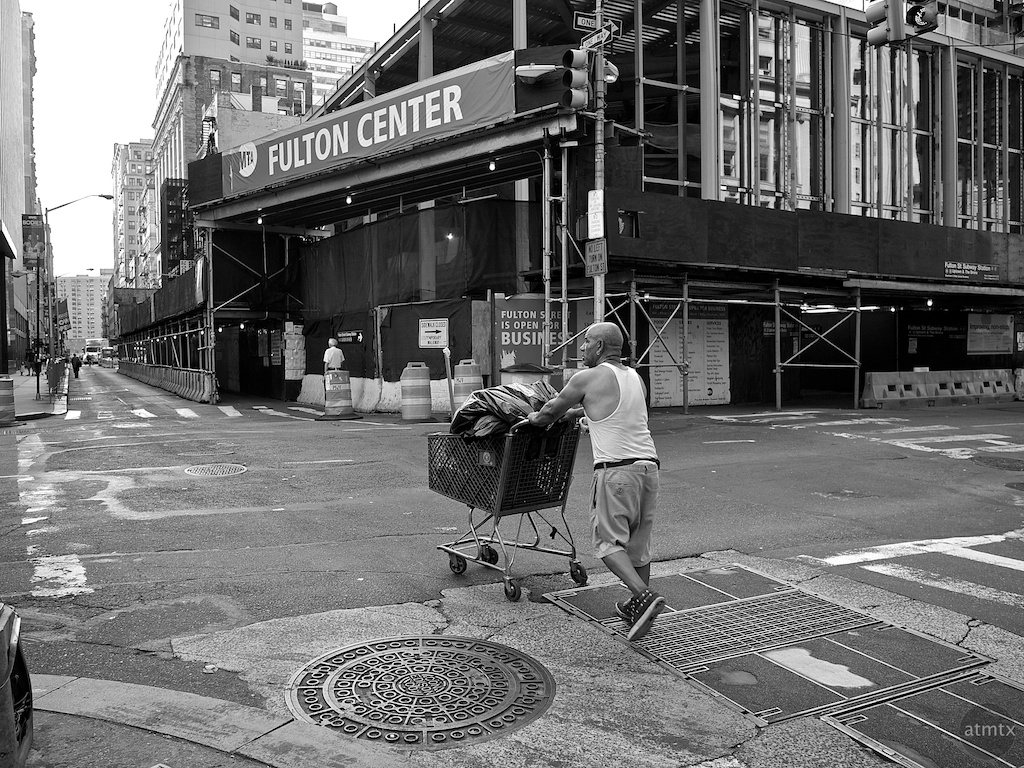 Given how long it took to travel downtown, I allocated an hour to get back to the airport — arrive at 3pm for my 5pm flight. It always takes a lot longer to do stuff in New York, compared to other places. There’s the unexpected traffic jams or the break down on the subway system. It’s a massive place with massive amounts of people. You need to leave an adequate buffer, or risk missing your flight.

That left only 5 hours to explore NYC. I rationally confined myself to two locations, lower Manhattan around the 9/11 Memorial Site and the New York City Transit Museum in Brooklyn. 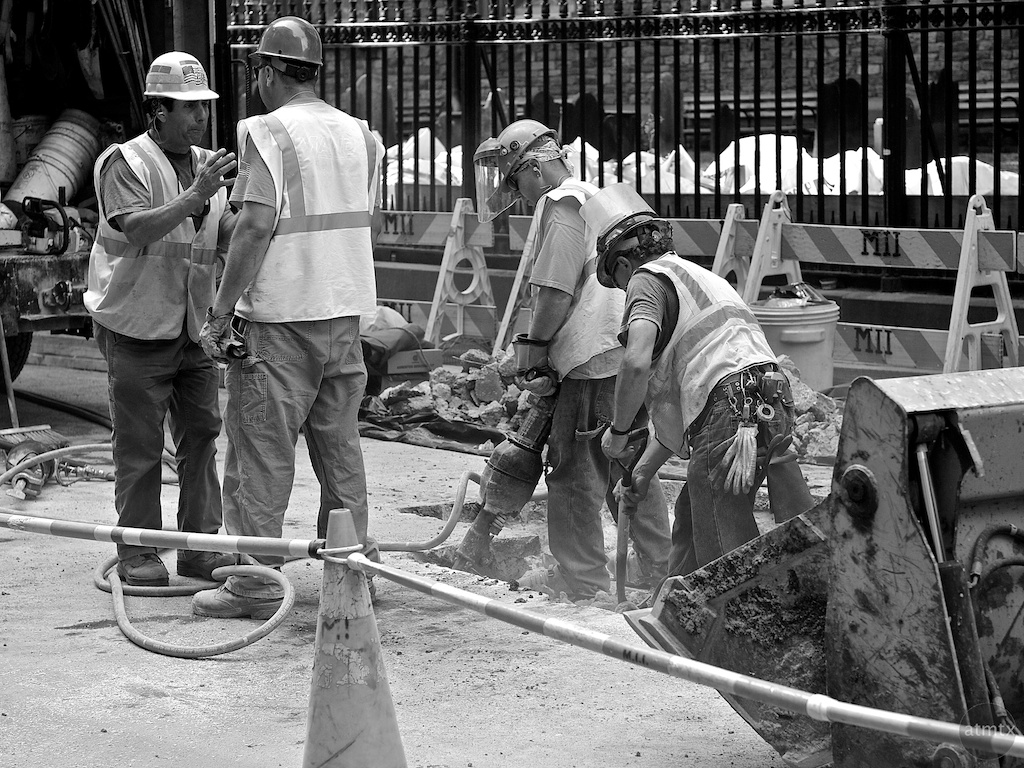 My plan allowed me to shoot a mix — architecture, street photography and vintage subways. I was also salivating for a tasty New York Pizza.

I checked my clothing at JFK but I still had my technology bag of cameras and electronics. My mirrorless Olympus cameras didn’t weigh much but combine that with the extras, such as batteries, hard drives and a 15″ MacBook Pro and the setup ballooned to 15+ pounds.

I was beat. Five hours walking and riding the subways, in 90 degree heat, on top of a 12+ hour flight from Tokyo. Nevertheless, the chance to shoot in New York City was worth it.

Despite my complaints about the transit system, NYC is such a great place, especially for photography. I could shoot continuously for a year and not get bored. 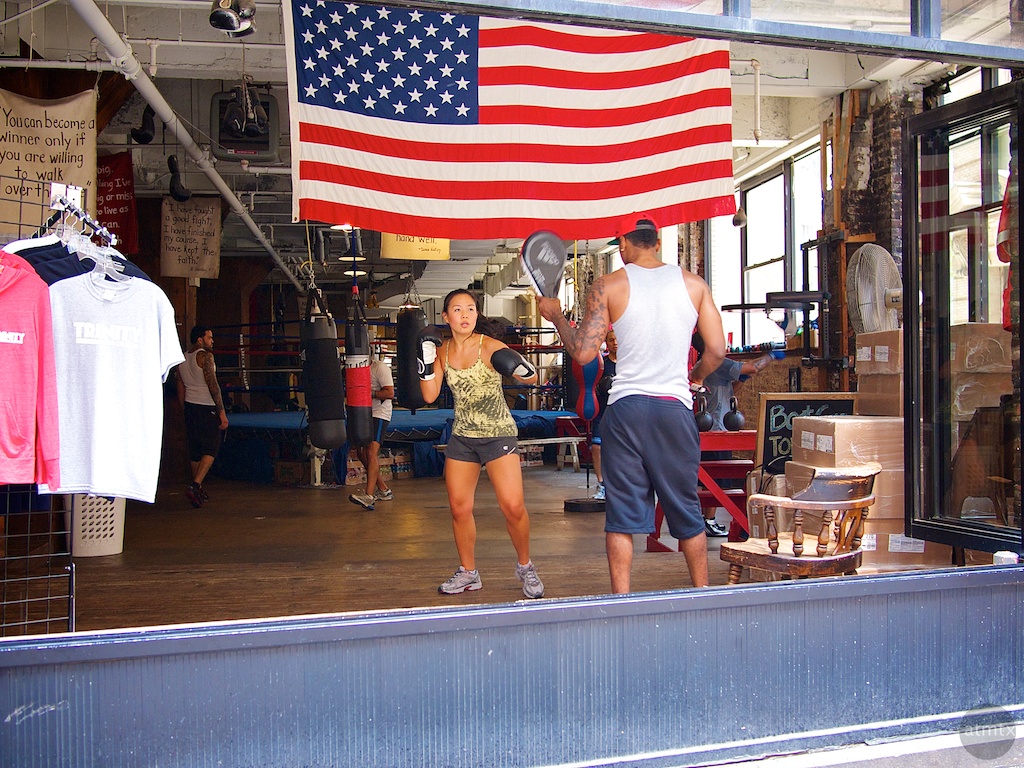 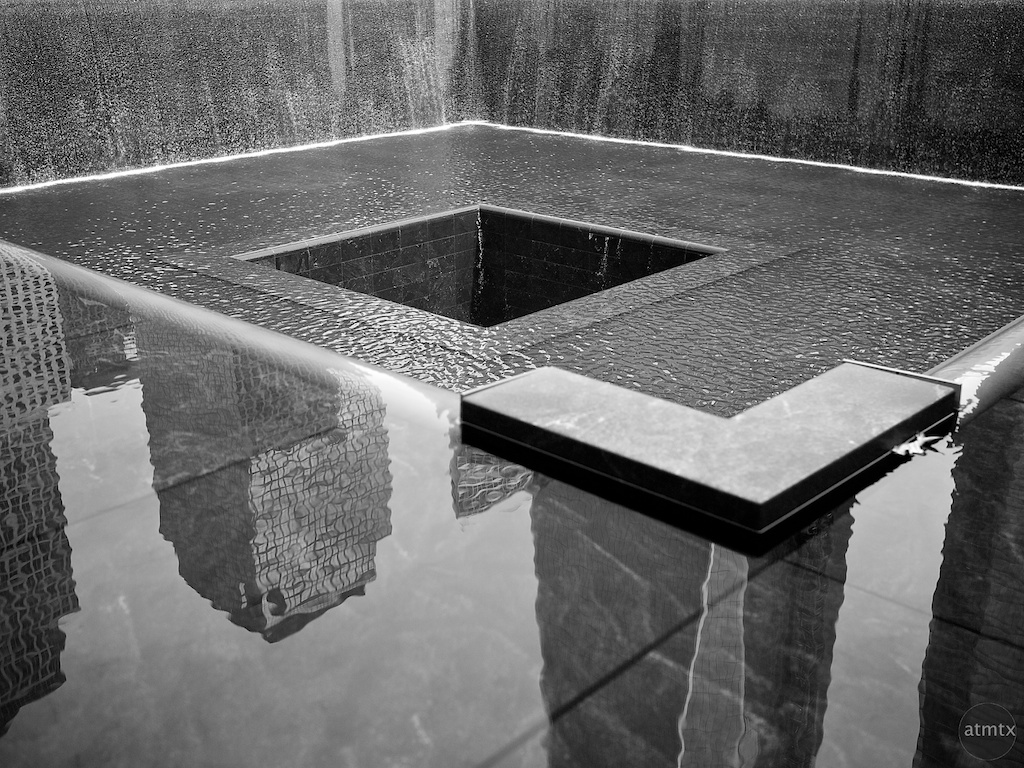 After the 9/11 memorial and shooting around Wall Street, I hopped the train to Brooklyn. I found a decent neighborhood pizza place but not outstanding by New York standards. I could have gotten a better NY Style pizza in Austin (Hoboken Pie or Home Slice for example), but I was tired and hungry.

I spend about an hour at the transit museum. The timing worked perfectly and I was back at the airport on time. I also treat myself to another local favorite, a combination pastrami and corned beef sandwich at the airport. Lots of photography and eating local New York food — not a bad way to spend my long layover in the Big Apple.