I took these photographs last week in San Jose, California at a place called Santana Row, an upscale, city like development. The detailing there was terrific and I decided to use a tripod to take my usual night-time urban landscapes. Just as I setup my tripod, a security guard came over and dashed my plans.

“I’m sorry you can’t take photographs here”, she said nicely but with some hesitation. I was a bit confused because I’ve shot there many times without interference. Then I realized that she was taking issue with the tripod. Yes, “You have to get permission first” before taking professional photographs. I smiled and played dumb and said, a professional, with this camera?, as I pointed to my Olympus E-PM2. For the uninitiated, the E-PM2 is a small camera barely larger than a point and shoot.

This kind of incident is actually fairly common for tripod photographers. Police and Security are trained, for ease of identification, that people who use tripods are professional photographs and must be dealt with in a different manner. They usually give bogus reasons such as “protecting privacy” to restrict tripod use which, of course, is equally an issue with photographs shot freehand. 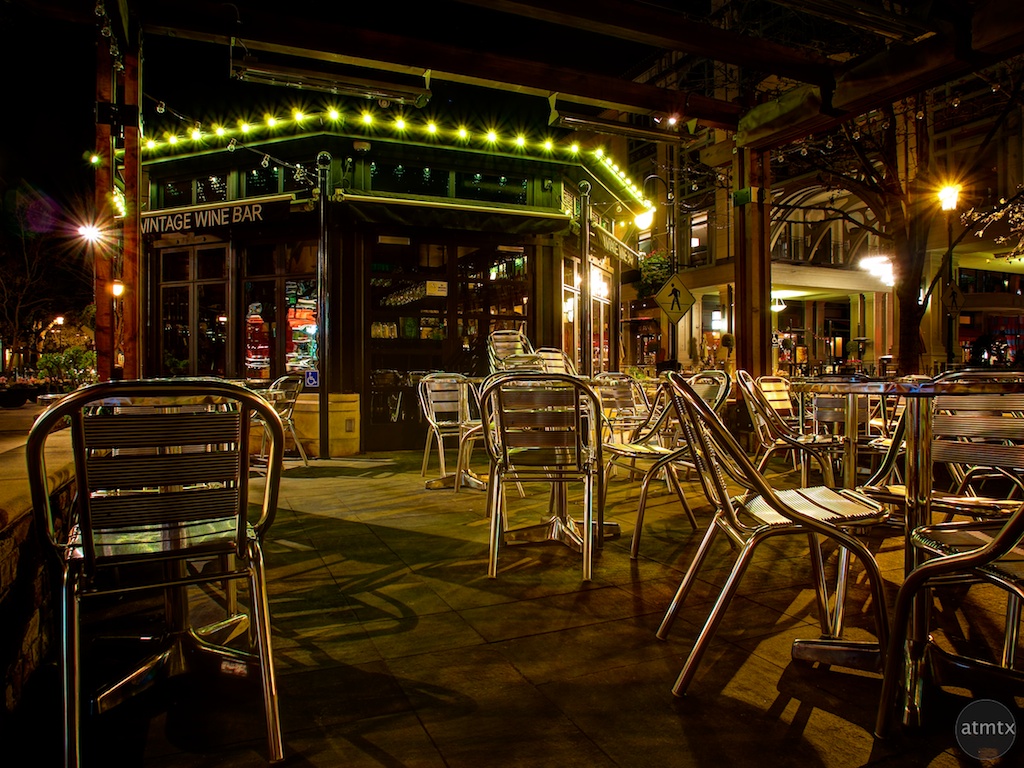 I didn’t make a fuss in this case. You see Santana Row, despite looking city like is, most likely, private property. It is basically a shopping mall development wrapped in a faux-city fabric. Kind of ironic since, in many ways, Santana Row looks more urban than the real downtown San Jose. On private property, the owners can impose photography restrictions. Undeterred however, I complied with the no tripod request but still took my long exposures by placing my camera on tables and railings. I was a bit restricted on the compositions that I could create but I still managed to take the type of photographs that I wanted. 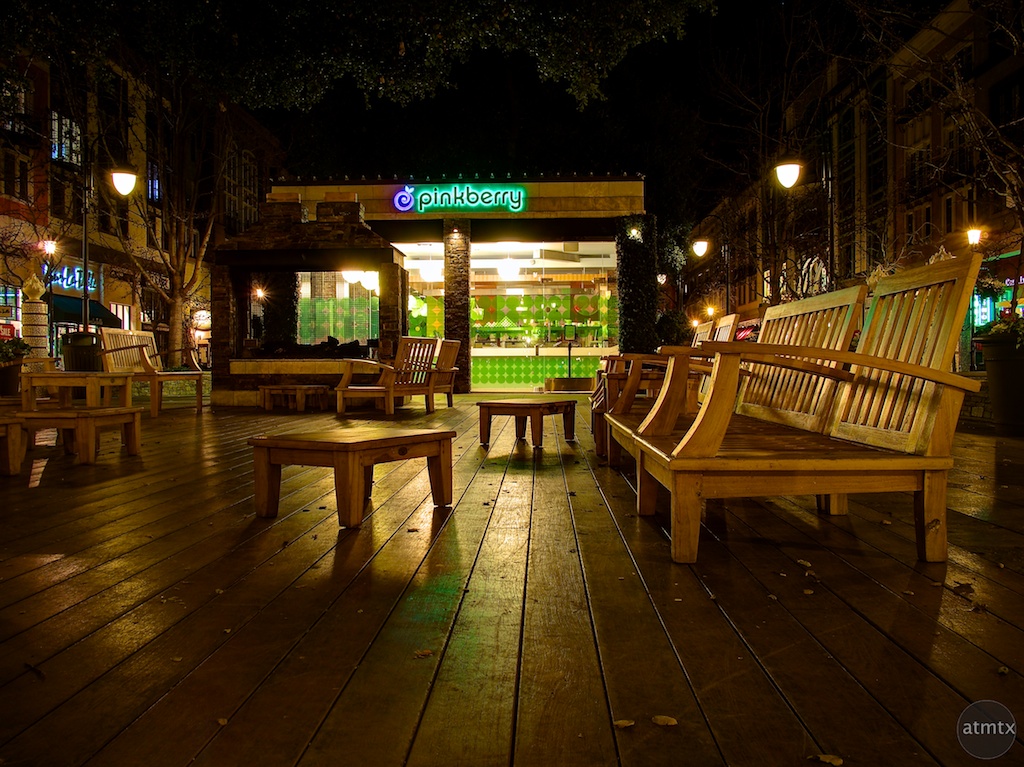 Unlike my previous outings where I shot free hand, I wanted to do some HDRs this time, which require multiple images precisely aligned. A tripod is usually best for alignment but as you can see, there are ways around this. The general aversion towards tripods is a source of frustration for photographs and especially people who like to shoot HDRs. It is one thing for private property owners to restrict use but It is more distressing when public cities also limit tripods. I’ve heard cities such as Washington DC and New York are not very tripod friendly.

What’s been your experience? Have you been asked not to use tripods? Share your thoughts below.

Photographs taken with my Olympus E-PM2 with the 14mm f2.5 lens and the Panasonic wide-angle adapter.

Click on the photographs to see a larger image and hover over the photos to see the exposure detail.