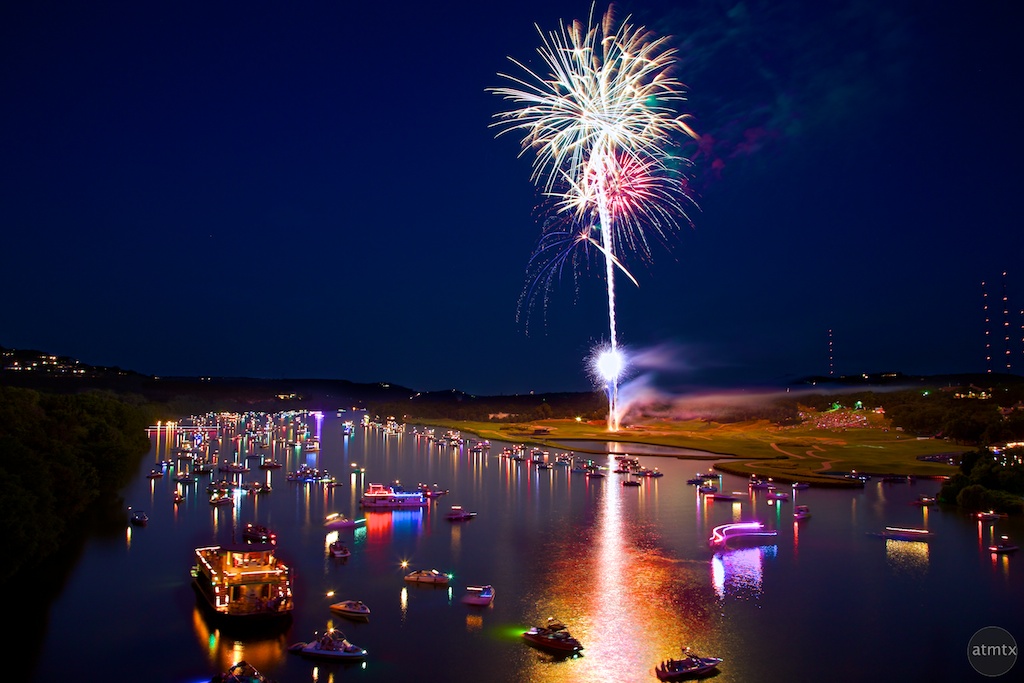 Three photographer friends and I got together last night to capture the fireworks off the Pennybacker Bridge, know more commonly as the 360 bridge. The fireworks are courtesy of the Austin Country Club and the river and the surrounding hills makes for a nice backdrop to the light display. It’s also less crowded than the show downtown with easier access to make nice photographs.

I’ve shot from here a couple of times, back in 2009 and 2010. It’s hard to believe it’s been 3 years already. I remember last year that I missed it because I was in Japan. And I vaguely recall that the 2011 show was cancelled because of drought and fire danger. Not unusually, my equipment has changed over the years. In 2009, I shot with the Canon 20D. 2010, the Canon 7D. This year I used the 6D. I also brought the Olympus E-PM2 to take the behind the scenes photo below.

Looking back at the archives, I discovered that in 2009 I shot with a 29mm equivalent. In 2010 at 21mm. This year, I decided to use my Canon 24 – 105mm f4 lens that I got with the 6D kit. A little wider might have been better but 24mm is the widest I have on the 6D, right now. The 22mm equivalent on the Olympus was used behind the scenes.

I did some image blending in the first photograph. Not really HDR, per say. I manually combined two images to create this. The top half shot at f14 at 20 seconds. The bottom at f8 and 25 seconds. This allowed me to to get the color in the fireworks and I got more details and a brighter exposure for the ground. The one below is a single photo. The show must have started a bit earlier this year since I go this nice blue hour shot at the beginning. The fireworks are a bit blown out, but I still like it since the vivid blue gives an entirely different feel.

Finally, here is the behind the scenes photo I took with the Olympus E-PM2. I’ve never been out with two tripods before but I needed them to maximize my short window of opportunity. The camera on the left is my 6D shooting the action. Next to it is Mike with his new Fujifilm X-E1. Down the line you can probably make out a few more photographers. The Olympus allows longer shutter speeds without going into bulb mode. I shot Aperture priority and the camera automatically selected 60 seconds. The Canon only goes up to a 30 second exposure. Anything longer and you have to go into Bulb Mode, the rarely used (for me) B mode on the dial. 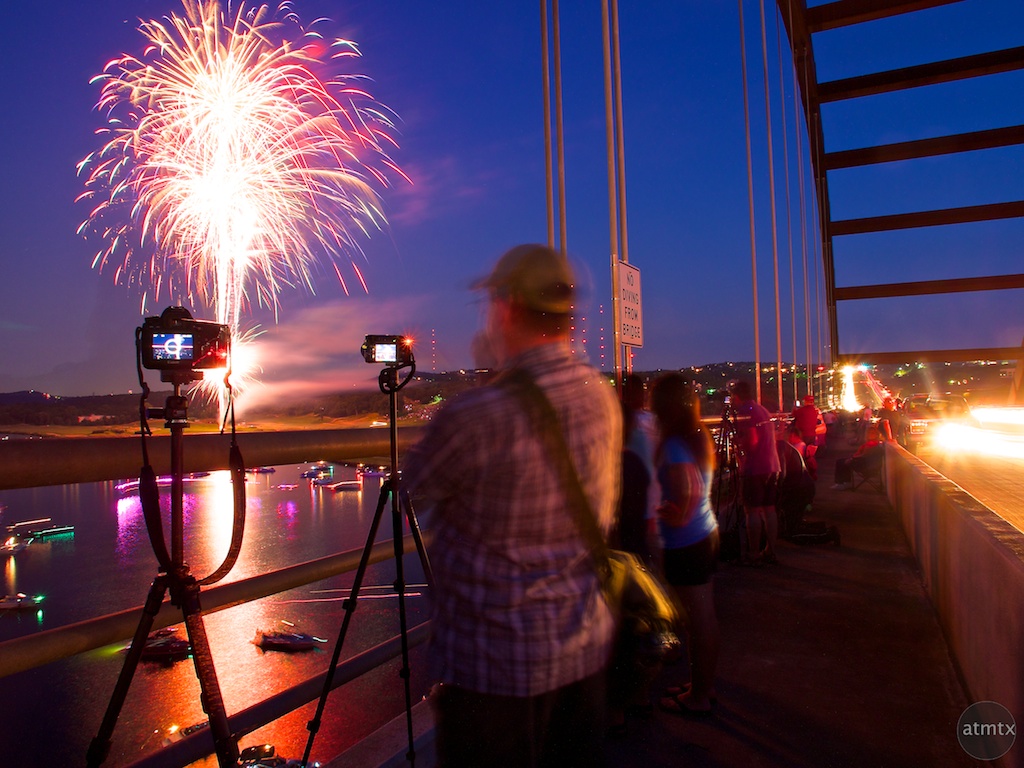