I mentioned yesterday that I went to a fun, photography themed birthday party, over the weekend. I took a bunch of photos, as usual, and I wanted to share some more that I liked. Though it was challenging, my favorite area to shoot was in the living room on the chaise lounge. It was lit by available light instead of strobes like a couple of the other sets.

But it could have been a lot worse. When the shooting started, Keli was already lounging on the chaise. A stylish but dim light hung overhead. Behind her, closed window shades, which made for a cluttered background. And did I mention it was dim? I was getting 1/40 of second shutter at ISO 3200. I had my 24 – 105mm f4 lens with me. I was starting to regret not bringing a faster prime lens. 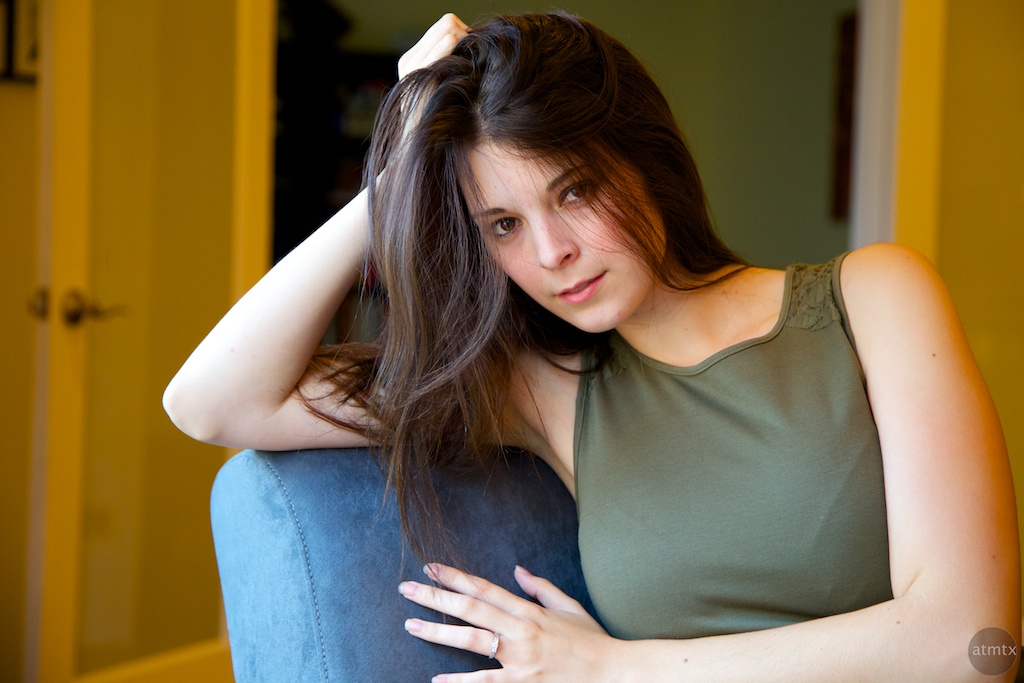 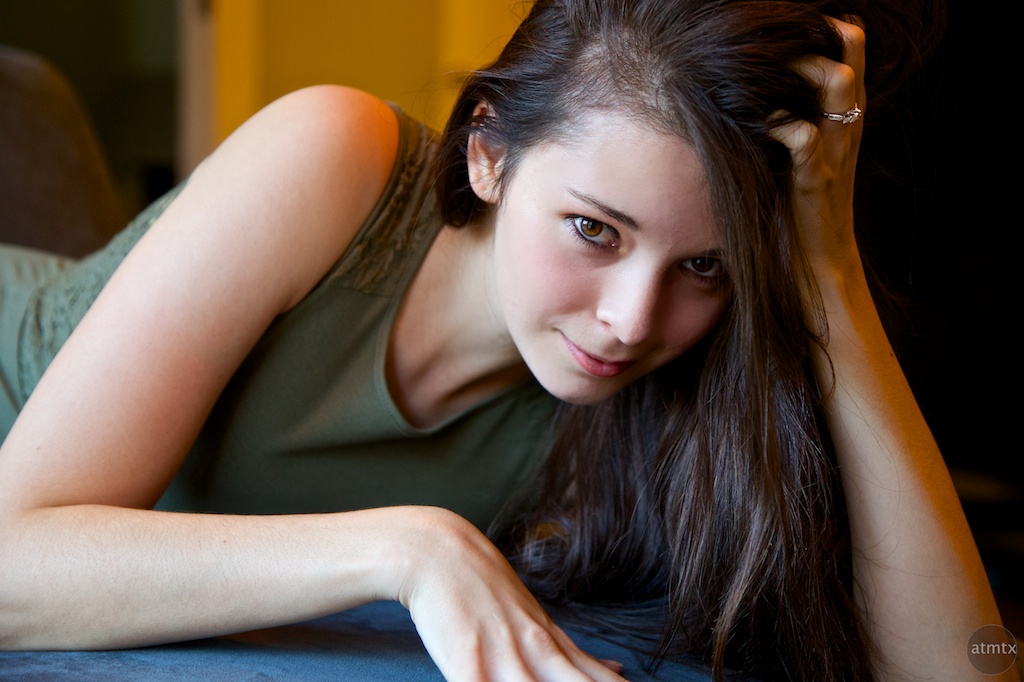 I changed things up though. And it made all the difference. First, I scrunched myself in the corner so that I now had the open room as the background instead of the blinds. This allowed me to improve the background and throw more of it out of focus. Then I realized that it was still bright enough that if I raised the shades, I could get some nice indirect light from the windows.

With the shooting angle and the lighting fixed, I had a blast shooting Keli and afterwards, Kalan. The photos came out decently, I think, though I still needed a fairly high ISO to get adequate shutter speeds. The Canon 6D helped in this regard since I could confidently go to ISO 3200 without worrying about image degradation.

We had 4 models rotating between the 4 sets so I didn’t have the chance to shoot everyone here. I also wanted to play with the strobe setups. But this location gave me the most to work with. A black backdrop and strobes are fun and gets that serious model look but I tend to like more casual setups. The living room made this possible. And though it required me to change it up a little, I’m happy with the way it came out. 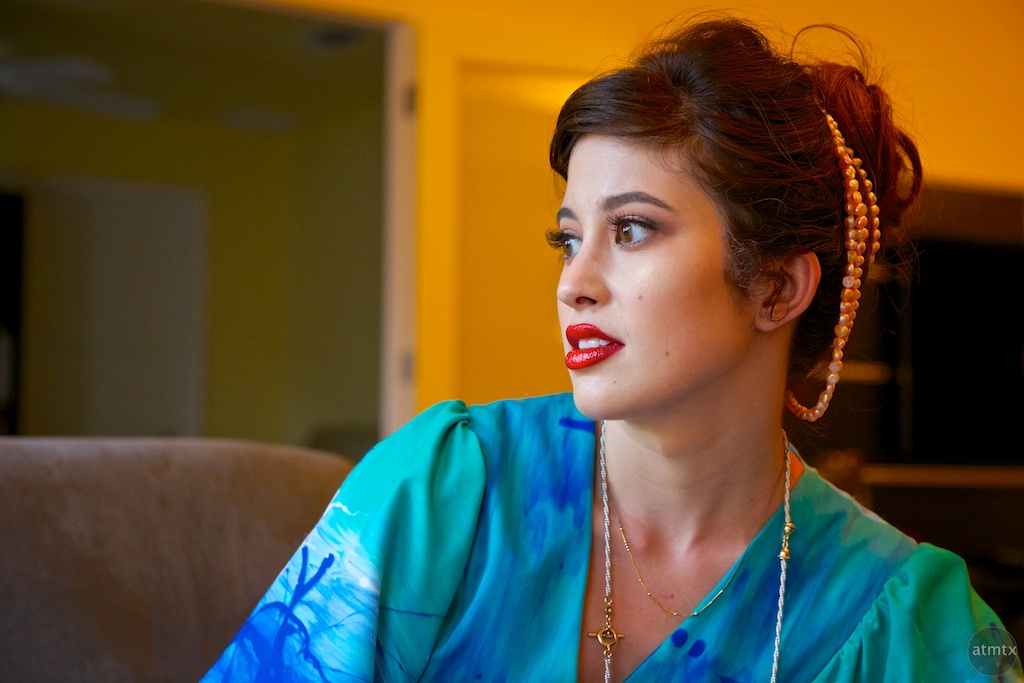 6 thoughts on “Keli and Kalan on the chaise lounge”