Austin hosted its second annual Formula 1 race this past weekend. I didn’t attend the race itself, but I went downtown to capture scenes from the Austin Fan Festival. Like last year, a section of downtown was blocked off for exhibits, concerts, food and anything else that would vaguely fit into the racing theme. It was a fun time, and for me, another chance to do some street photography which I probably find more interesting than shooting cars going around a track. Plus it was free. Better than spending hundreds of bucks on racing tickets. That’s a good thing since I can save my money and, what else, buy more gear.

Speaking of gear, I mentioned last week that I’m testing two new cameras. I’m still playing with the pre production camera that is on loan to me, but in the mean time, I wanted to talk about the new camera that I just bought, the Fuji XF1. Heck, even its name is perfect for F1 weekend.

I went to Fan Fest last year where I shot with my Olympus E-P3. I went even smaller and lighter this year with Fuji’s smallest X branded point and shoot. I’ll do a full review of the XF1 and tell you what makes this guy unique in a future post. For now, lets just say that I’m very happy with the images I got with this point and shoot, even at night. Take a look at the photos and tell me what you think.

I was already downtown on Friday for a party and decided to check out Fan Fest. I snapped an image of a couple of women at the Red Bull – Infiniti display. This simple snapshot actually showcases one of my favorite features of this XF1. It’s something that reviewers rarely talk about. Just as a teaser, I’ll say that it blows away what my other “high end” point and shoot, the Canon G15, can do. 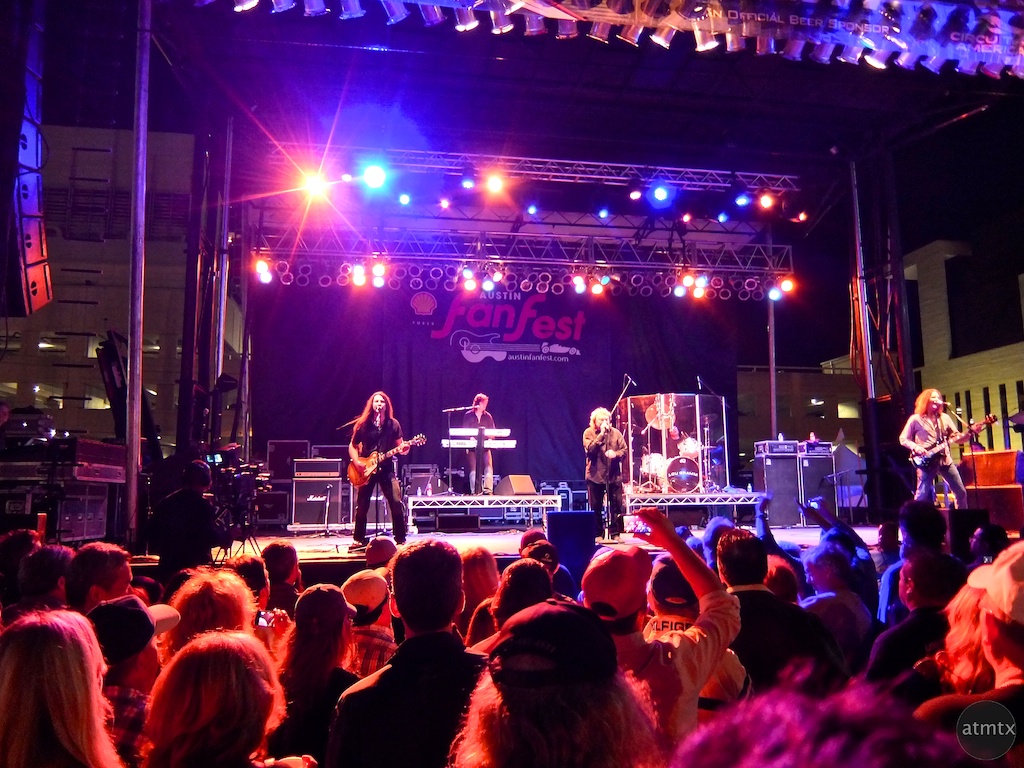 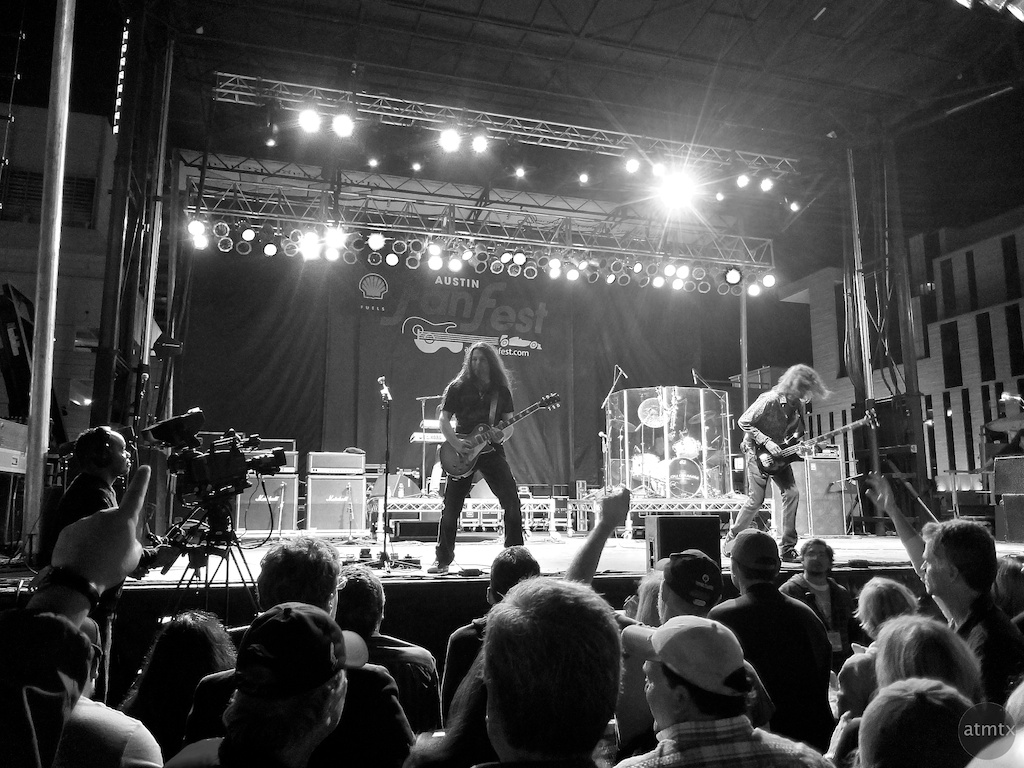 The highlight of the evening was the free concert by Foreigner. The lead singer was still going strong from this 80’s era British-American Rock Band. The photo at the very top was from the concert as well as these two images. The black and white was done in camera and tweaked in post. In fact, I shot all photographs in JPEG and I did minor tweaks with Aperture 3 afterwards.

The next day, I returned in the late afternoon. I wanted to capture Fan Fest both during good light and into the night. As you know, I like the evening and night shots the most. It also let me test what this point and shoot can do in less ideal conditions.

Fan Fest did an admirable job by including everyone, especially kids. There were simulators and video games and slot car races. This is the closest I got to any kind of race track that weekend. 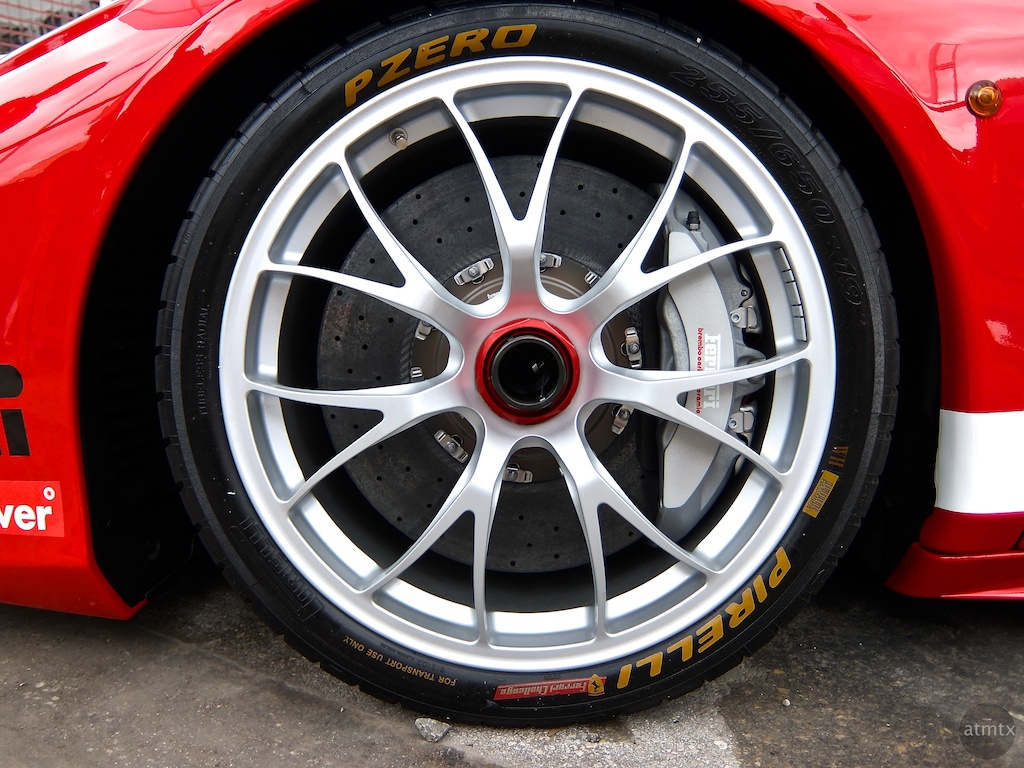 As expected, there were many fast cars on display.

Certainly, there were numerous products being promoted with attractive spokes people.

Infiniti and Ford had displays. I like the style of the current Ford Fusion with its Aston Martin-esque grill. The red model looked nice under the colorful lights.

Austin seems to be in the midst of another building boom. I’m seeing a lot of cranes again.

There were loads of food and alcohol for sale with “slightly” inflated prices. I enjoyed the Chicken on a Stick grilling performance.

This is Austin after all so we had plenty of music. Red Bull had an upbeat club mix going all night, undoubtedly to make our European visitors feel welcome.

We also had street musicians with a more local Tejano feel. 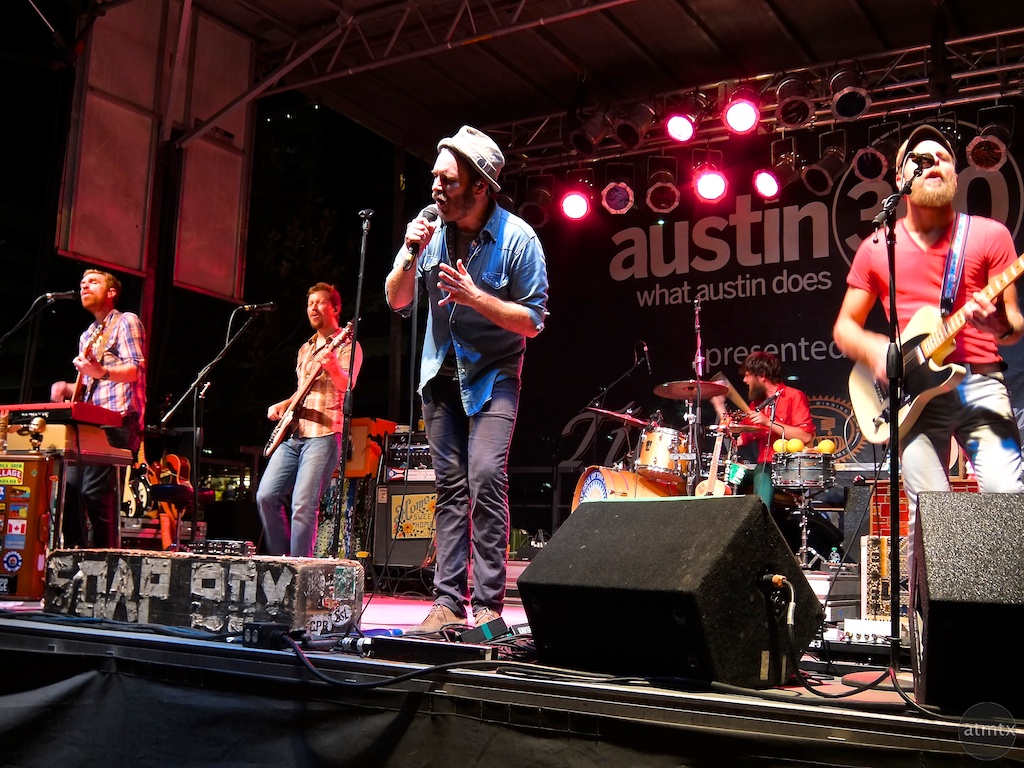 Finally, there were several stages with live concerts. These guys were not as popular as Foreigner but they were great and I could get up close to the stage.

I had a fun night of photography and Fan Fest gave me something different to shoot. The Fujifilm XF1, for the most part, did an admirable job. I’ll talk more about it in upcoming posts.