Earlier this week, I headed an hour east on US 290 to the small city of Giddings, Texas. I picked this place semi-randomly. I’ve been through this city once, a long time ago, so I didn’t know much about it. Though fifteen years ago, while attending a child-birth class for my older son, I met the Mayor of Giddings and his wife. We were in the same class, in Austin.

It’s that vague connection to Giddings that made me decide to go there while I searched through Google Maps. I wanted a peaceful afternoon of photography for myself in a small Texas town. Quick research also revealed that the City Meat Market was the place to go for some great barbecue. So off I went, exploring daytime photography, which is not my typical thing.

I did have an ulterior motive. I wanted to test my new Fujifilm XF1 against my other high-end point and shoot, the Canon G15. I also had my, previously undisclosed, preproduction camera to play with, the Olympus Stylus 1. So looking like the ultimate tourist, I headed east with 3 premium point and shoots. I probably looked dorky juggling these cameras. 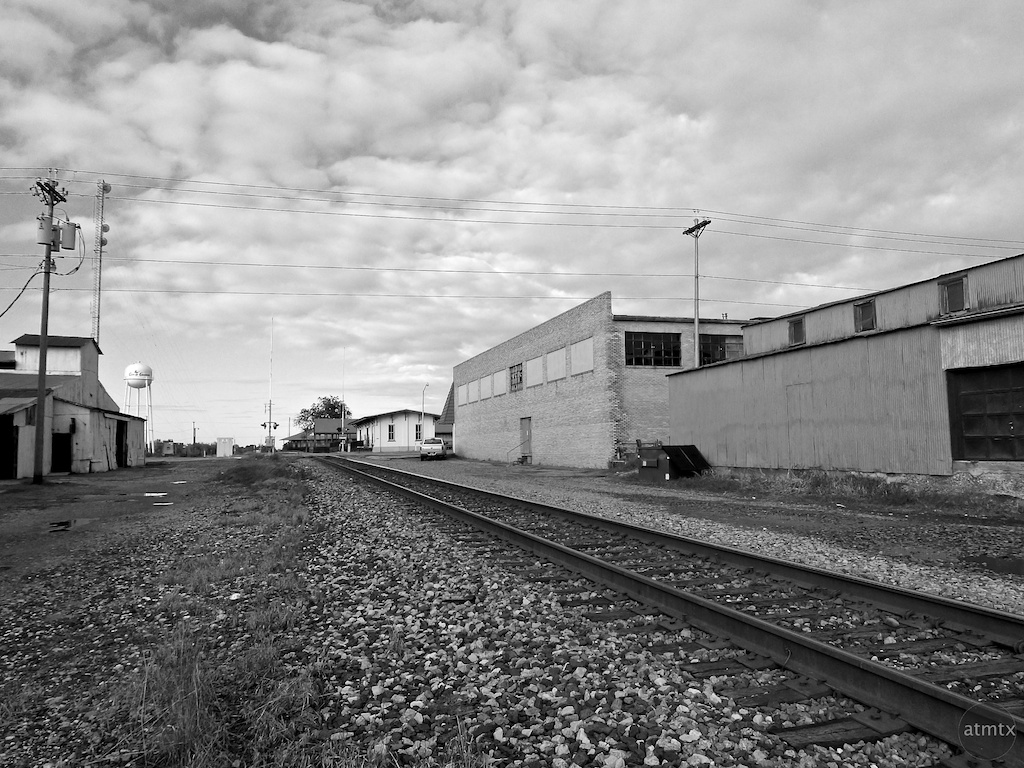 I’ll do separate posts on the results of my tests, but for today, I wanted to showcase a particular building. In the middle of town, on other side of the train tracks, there was a big corrugated metal building that held photographic promise. It looked old, worn and oozed the type character that I seek. 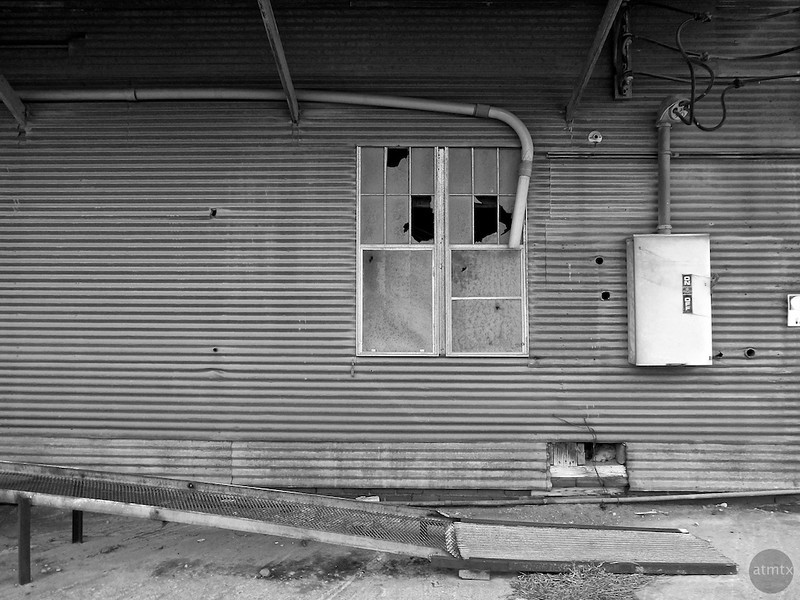 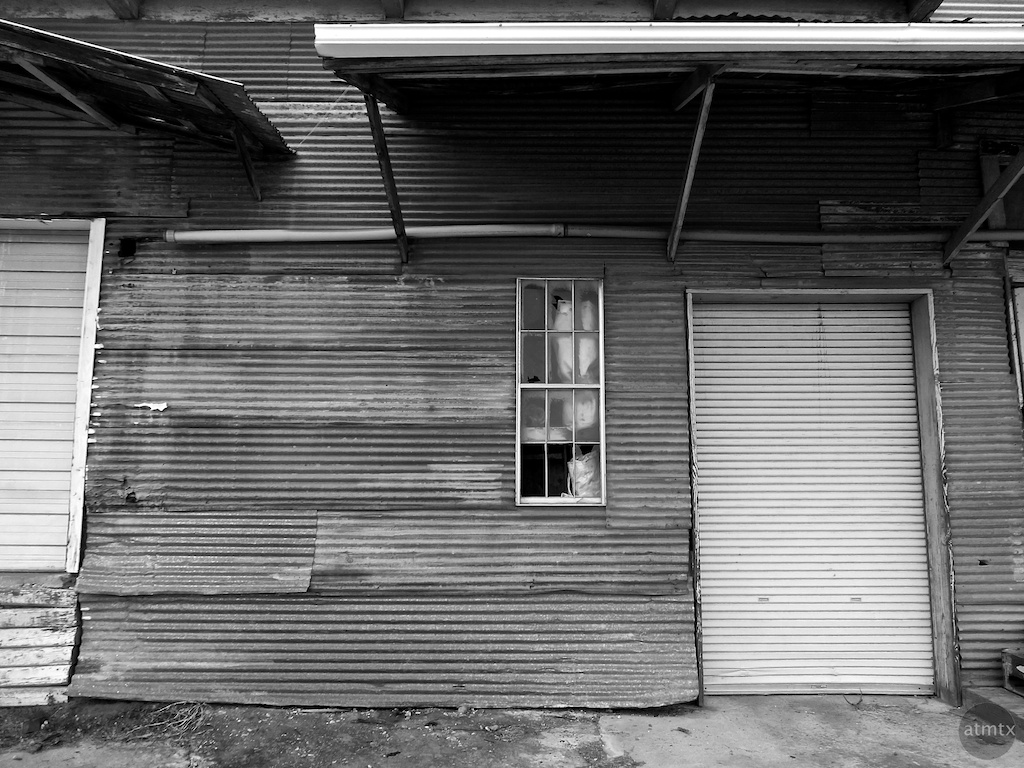 The building wasn’t particularly colorful so I switched to in-camera black and white on the Fujifilm XF1. Its wonderful texture made even better in monochrome. The JPEGs were later minimally processed in Aperture 3 mostly by increasing contrast.

I ran into someone who seemed work there. He said that this place was a peanut shelling factory built in the late 19th century. To me, it’s a relic from the past with wonderful lines. The mishmash of roofs, awnings and distressed metal all stimulated my brain. 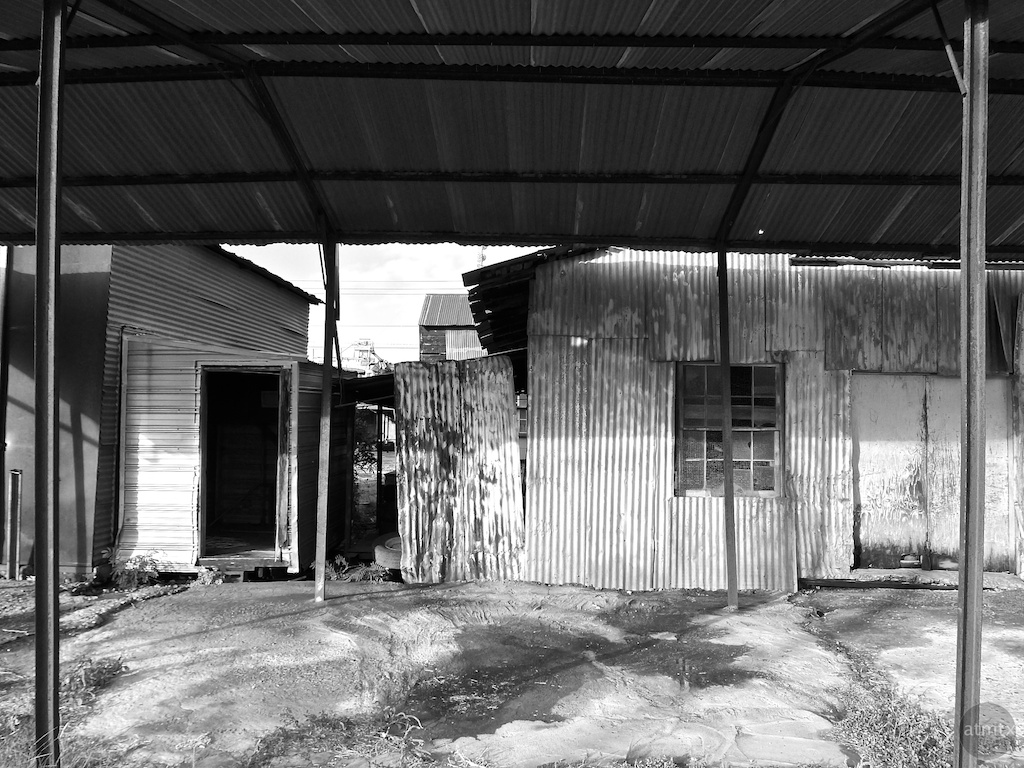 The sun broke through the clouds and added a crispness to the lines. 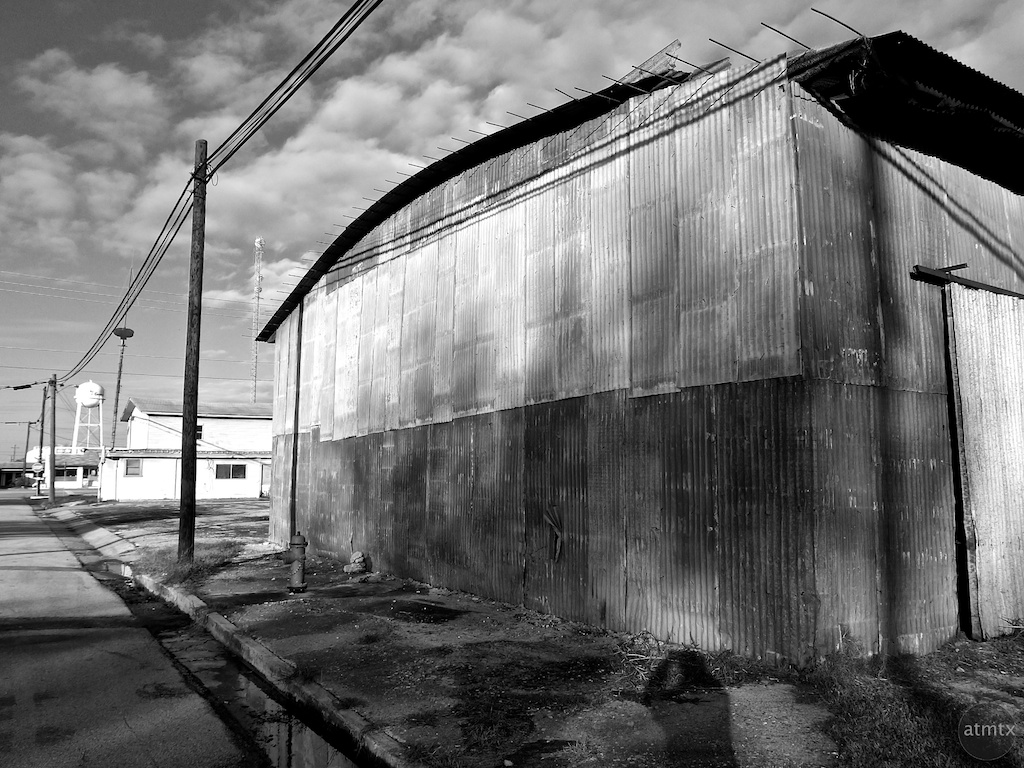 Light shadows cast on to the weathered west wall created my favorite texture. The XF1 with its dynamic range expansion has the ability to tame shadows. The light to dark transitions don’t clip as harshly as other point and shoots. 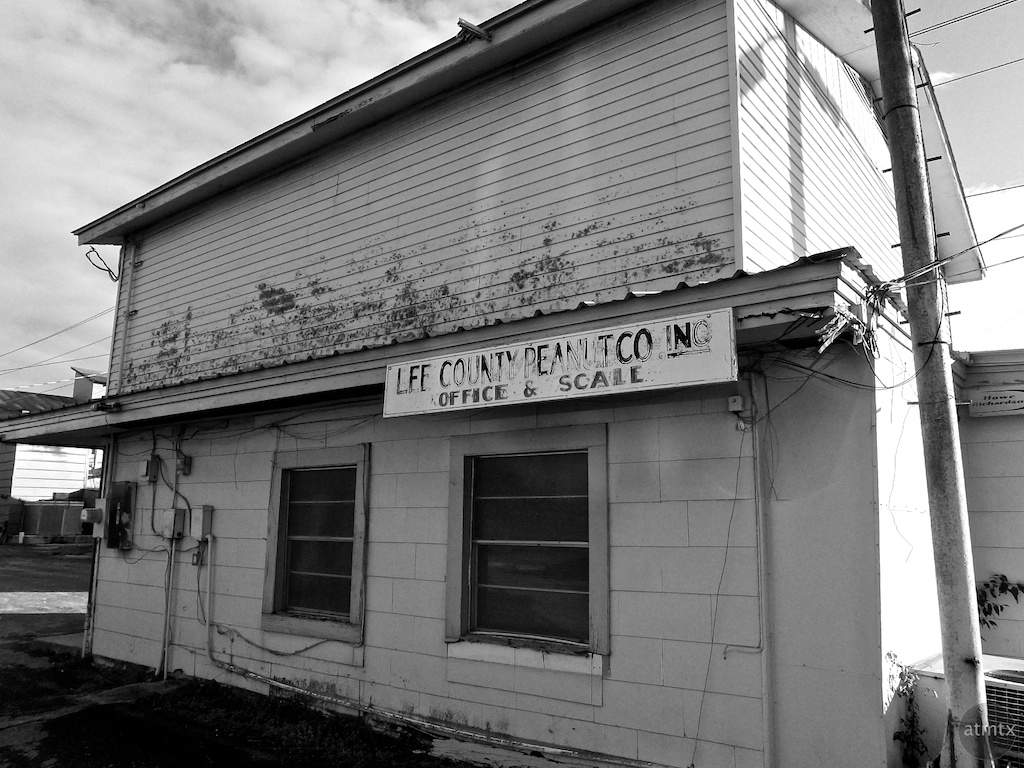 Finally a sign. Lee County Peanut Co. Evidence of its past function — confirming what the gentlemen told me. Factory activity is long gone. What looks like a aging dilapidated structure was my visual playground.

Yes, my trip to Giddings was successful. Beyond the great barbecue and the camera testing I got to focus, zen like, on unloved structures with the simplicity of black and white. More from Giddings, coming soon.

5 thoughts on “The corrugated black and white beauty in Giddings, Texas”