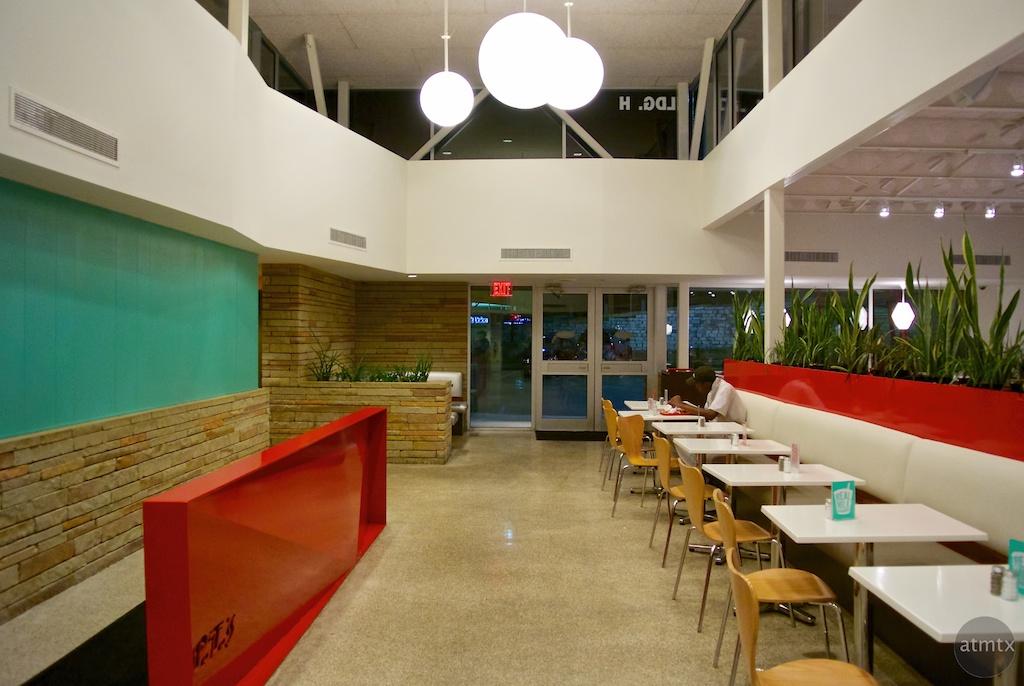 All weekend, I was having fun shooting with the Nikon J1, my latest camera. I will do more extensive tests but for now, I wanted to share my initial observations.

The J1 is not going to replace my other cameras for my “serious” photography. I got this camera for casual family snapshots and video. I carried it around, doing my weekend family errands, taking snaps at restaurants and at Costco. I shot it a lot in the house both during the day and at night. The result, it works very well but with a big caveat. 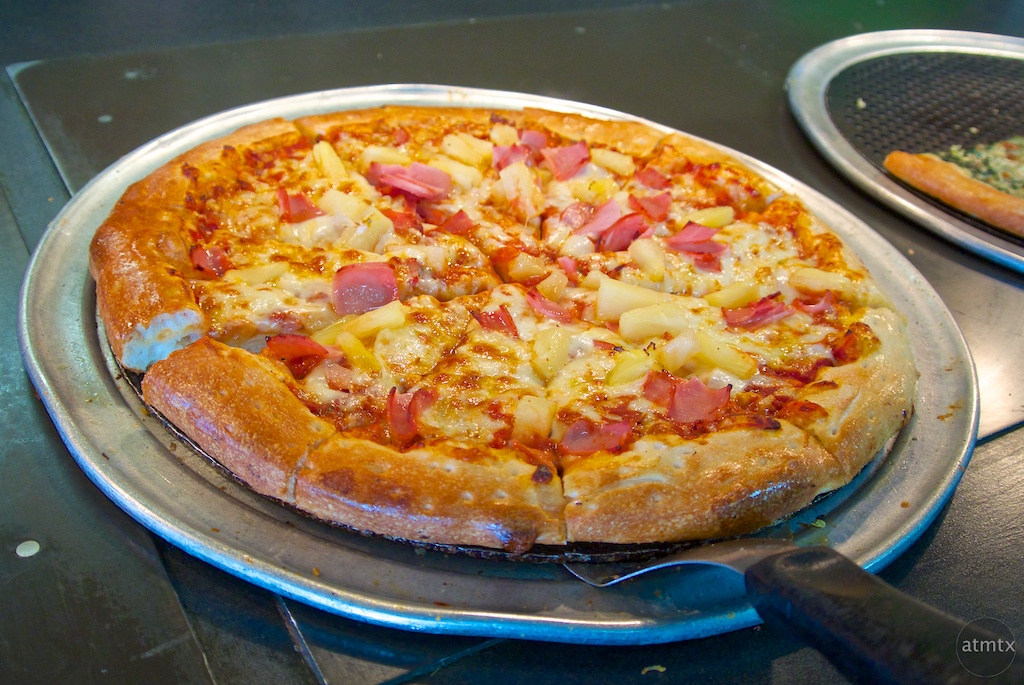 First the good. This is a damn fast camera. Focusing in good light is blazing, as fast or faster than my Olympus E-PM2. Faster than the Canon 6D. Its continuous and burst frame rate is at 5fps and 10fps, there’s even a 60fps mode. Factoring in focus speed and burst speed, it the fastest camera I currently own, all in a very small package. It’s a really great camera for capturing young hyperactive children or for action and sports.

The build quality is very good. A notch above the Olympus E-PM2 though not as robust as the high end E-P5 or E-M1. I got the silver model which looks nicer than I thought. It doesn’t have that cheap metallic paint on plastic appearance. Rather, it has a solid metal feel though from touch I can’t always tell which pieces are actually metal or plastic.

The user interface is basic, as expected. The J1 was intended to be for novices so there aren’t a lot of function buttons. The menu is the simplest I’ve seen in a while — it makes the camera really easy to understand. I can generally shoot the camera without digging into menus but when I have to, it requires several button pushes.

The video is outstanding too, from a casual home movie perspective. This is not a camera for making your indie film. But for high quality home movies, it’s great — the best I have so far. What I really like is how it steadily tracks people and doesn’t have that annoying quick in and out refocusing typical of contrast detect systems. Also, when set to the vivid mode, movies have that richness that looks less like video and more like film. It’s saturated and contrasty.

Now for the bad. The JPEG engine on this camera sucks. This is my first Nikon so I don’t know how it compares to their DSLRs. But compared to Olympus and particularly Fujifilm, you can tell that the JPEG processing is really bringing the camera down. Even compared to Canon, it seems to be lacking. I’m not talking about the color, that’s actually quite nice, certainly better than Sony. But the noise reduction is too aggressive and I get some strange blotchiness even at ISO 1600. The result, the images lack detail and JPEGs are only usable for me up to ISO 800. Perhaps for the novice, they’ll be happy with higher ISOs but for anyone with experience it’s disappointing.

However, all is not lost. Shoot in RAW, and the camera magically unlocks some special powers. The RAW images have a fine grain to them, visible at times even at ISO 800, at least through Aperture 3. The graininess gradually increases and is useable past ISO 1600 to at least ISO 2200. For some bright exposures even ISO 3200 works in a pinch. The grain is very uniform and monochromatic. It almost seems like a texture and, dare I say, film like? Somehow, I don’t mind it as much. Certainly a big improvement over JPEG. The fine grained noise is easy to remove too, with software. My current noise reduction software of choice is Topaz DeNoise.

Some of the RAW colors were pretty wonky and dull. Luckily, I was able to hone my post processing to make them as good or even better, color wise, than the JPEGs. Thus, I have no qualms about using this camera only in RAW. For some reason, there seems to be a lot of latitude in the RAW processing, more than some other camera brands. Is that possible? Either way, when shot in RAW and post processed properly, this camera transforms.

Ironically, the Fujifim cameras, the X100S that I tested as well as the XF1 that I own have fantastic JPEGs and weak RAWs. The Nikon J1 is the opposite. It’s unfortunate since the novices that this camera targets won’t have the RAW post processing skills. 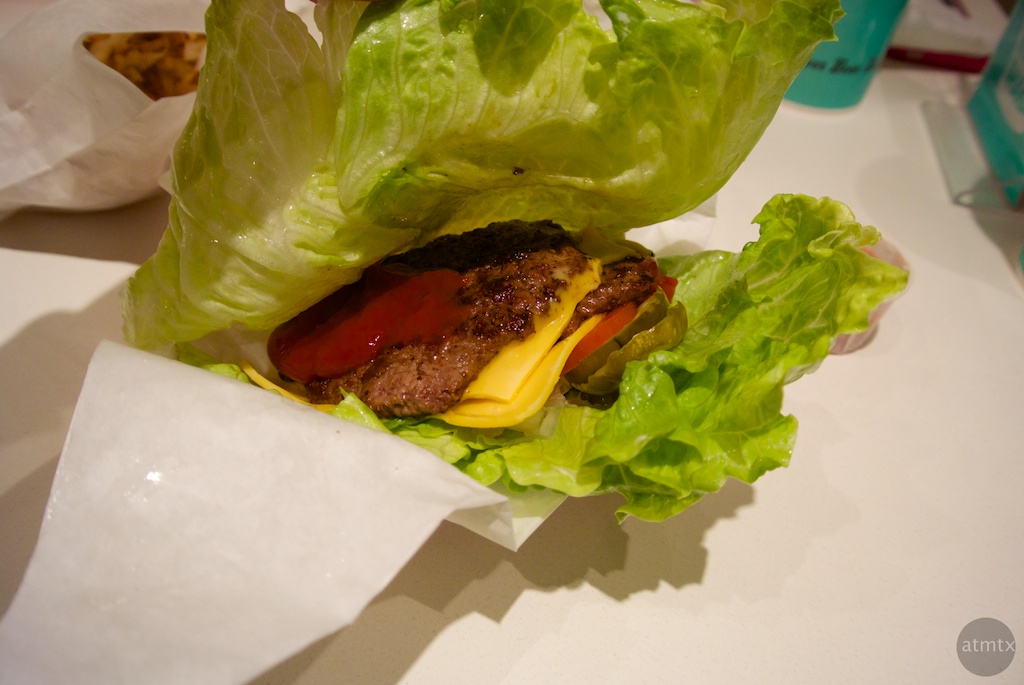 Try to ignore my culinary selections from last weekend. At least I ate a lot of salad at the pizza buffet place. And on Sunday, to balance out the carbs from the pizza, I had a very low carb lettuce wrapped double cheese burger. That’s my new favorite at P Terry’s, a local fast food chain that has a similar menu to In-n-Out burger.

As an aside, I’m wondering how P Terry’s will do now that In-n-Out Burger has setup shop in Austin? You can tell from the photos below that P Terry’s is stylish, architecturally, compared to the average fast food place. 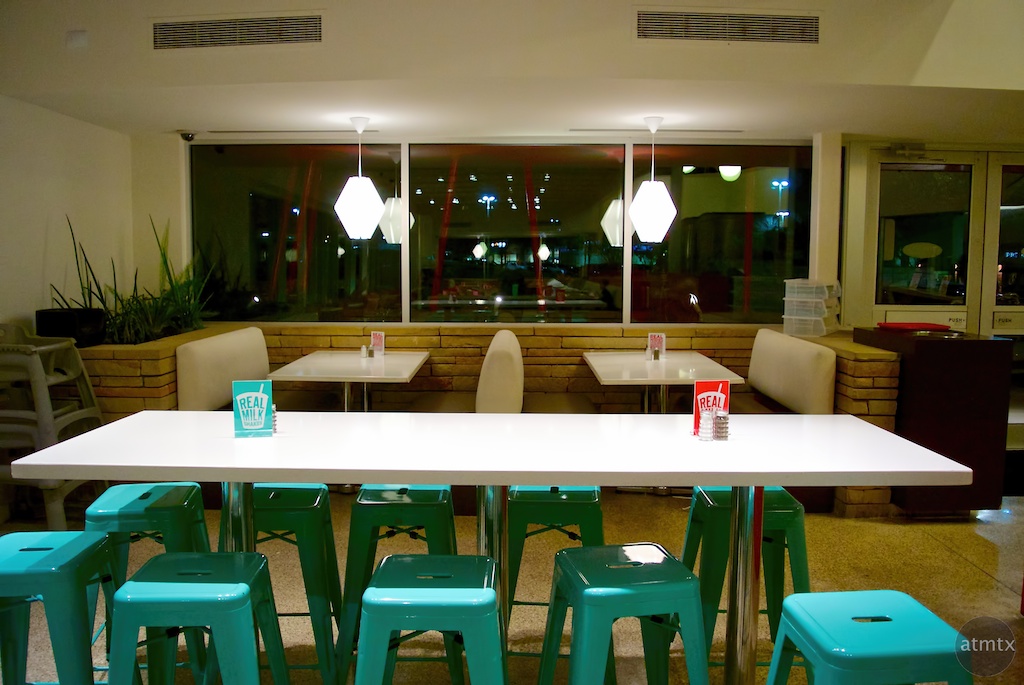 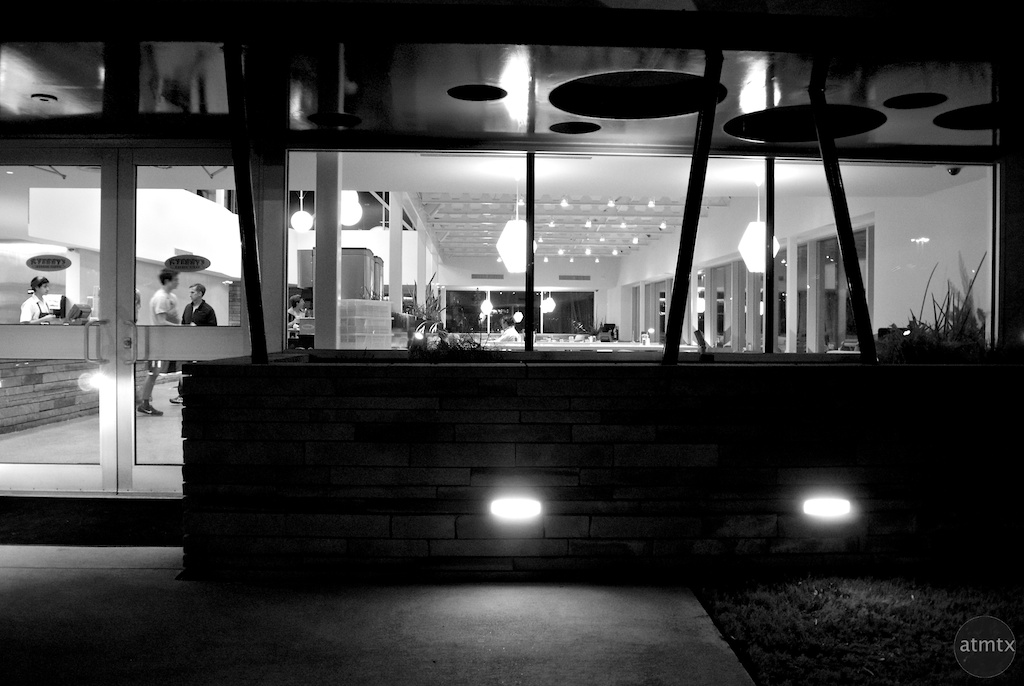 Bottom line, how does this camera fit into my collection? It’s not going to be daily my carry around camera, it’s too bulky for that. My Fujifim XF1 still retains that role. The image quality certainly doesn’t match the Olympus E-PM2 and of course the Canon 6D. Those two are my serious cameras. I suspect the Nikon J1 will see the most action around my family. If, like a normal person, I wanted to carry one small camera to Disney World, this might be it. Make quick snaps and great HD home video.

However, being an enthusiast, I will certainly push the camera to see what it can do. I’ll try using it at night for my urban photography. I’ll let you know how that turns out.

Just when I thought the prices couldn’t get lower… B&H Photo has some two lens J1 kits for $249. I bought my one lens kit for $199. Incredible.

5 thoughts on “Nikon J1: My observations and initial test results”