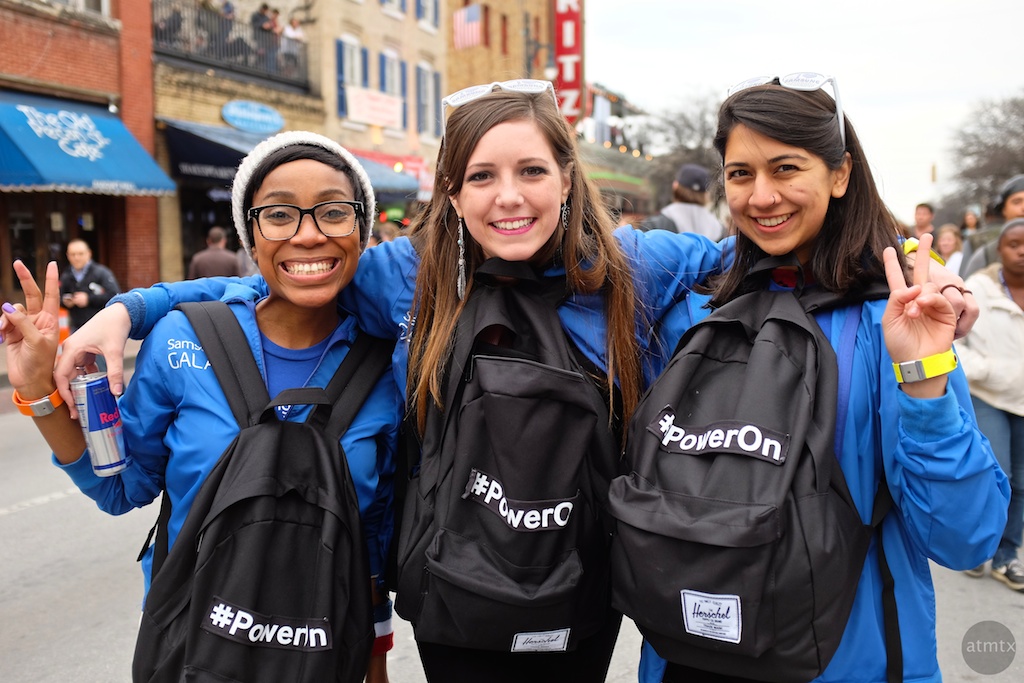 SXSW (South by Southwest), the large multi-week Austin extravaganza, took place a couple of weeks ago and I’m just catching up. I’m back from my California trip and I primed to talk about two new cameras that I’m testing. I recently bought Fujifilm X100S for my birthday and the OM-D E-M10 is on loan from Olympus. These two cameras don’t typically compete directly against each other in the mirrorless space, their features and target audiences are different. But it’s still fun to see how they stack up in the mirrorless pecking order. 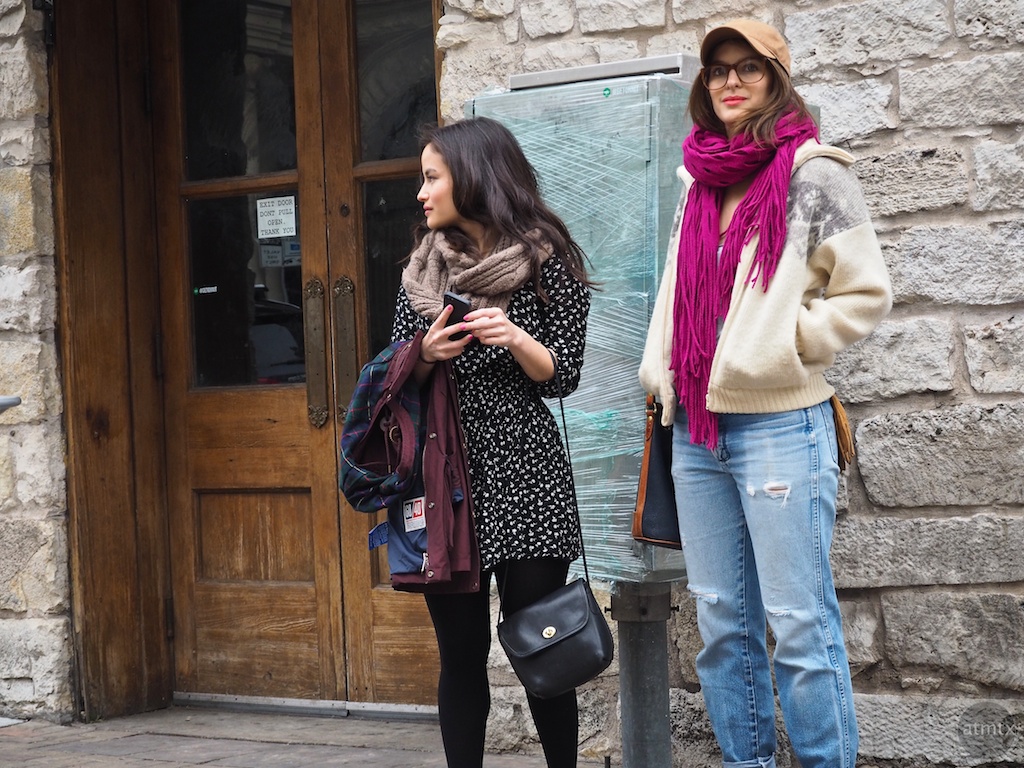 I shot these on Sunday, the day after the heavy rainstorm that dampened the Interactive portion (web and social media) of SXSW. It was also the day after I bought the X100S — I was anxious to give it a spin. The X100S has a fixed 35mm equivalent f2 lens. The Olympus OM-D E-M10 had the new 14-42mm pancake lens attached with motorized zoom. Both cameras are roughly about the same size.

I find the Olympus extremely easy to use on many levels. You may know that I’ve used Olympus cameras for many years and the interface on the OM-D E-M10 is similar, especially compared to the their higher end cameras. The E-M10 is a tad smaller than the E-M5 but I prefer the newer camera. The subtle change in grip and the placement of the play and function 1 buttons are welcome pluses for the E-M10. This smallest OM-D also closely resembles the Pen E-P5, interface wise. For a mirrorless Olympus user, the E-M10 is quickly usable without much retraining of the muscle memory. And the camera is really fast. Focusing, shooting and reviewing photos, everything snaps into place. 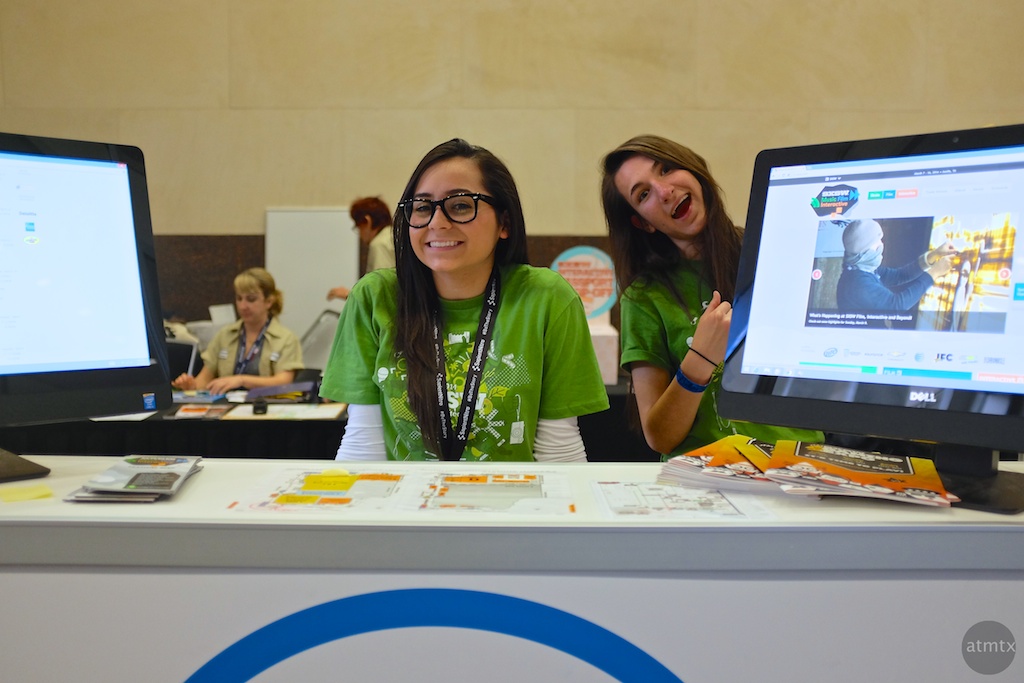 Ironically, it’s this familiarity with Olympus which made me hesitant to jump into the unknown that was Fujifilm. Sure. I tested X100S for several days and I certainly captured very satisfying images but still, understandably, the camera wasn’t an extension of my brain. I had to fumble with the controls. The focusing is slow and unsure compared to the Olympus.

I found that unconsciously, I gravitated toward the Olympus. It’s like taking the path of least resistance. The only mismatch I found was my choice of lens. 14-42mm (28-84mm equivalent) focal length worked great but I found the motorized zoom of the pancake lens to be slow for my fast-moving street photography style. The lens would make for a fantastic compact travel zoom and would also work great for leisurely usage. The smooth motorized zoom will also work well for video. Of course, I could have pre-set the zoom to a focal length and use it like a prime, which would speed up operations. This is where the budget kit lens has the advantage with its fast, manually adjustable zoom.

Most of the photos on this post are from the Fuji. You can hover over the photos to find out which camera I used. Despite my apprehension, once I concentrated with the X100S, I got some satisfying photos. I shoot differently with this camera. I’m more deliberate and I have to be. The focusing is adequate but not quick. I just can’t fire off shots like I do with the Olympus. But I knew this going in — I needed to be more patient with this camera. I kept the E-M10 safely tucked in my bag, zipper closed, so that I wouldn’t be tempted by the faster camera. The reality is, despite the more leisurely pace, or perhaps because of it, I got my share of keepers. The frenetic style may have advantages but you can end up with a lot of so so images. The X100S was going to counter my natural tendency and force me to slow down.

The photos on this post are about the people — the locals and visitors that I met that Sunday. I can go on about how SXSW has become too corporate with big sponsors — dominating. But I chose to ignore that in my tour through downtown. It’s easy to get jaded at these events and I do admit that SXSW is starting to resemble the Formula One Fan Fest. Just substitute tech companies for car companies. But I shot more people than buildings and logos this year. Use a smaller mirrorless camera with a fixed lens and focus on the people. That’s the benefit of these cameras, instead of using a big DSLR with a telephoto. You become part of the scene rather than spying on it. 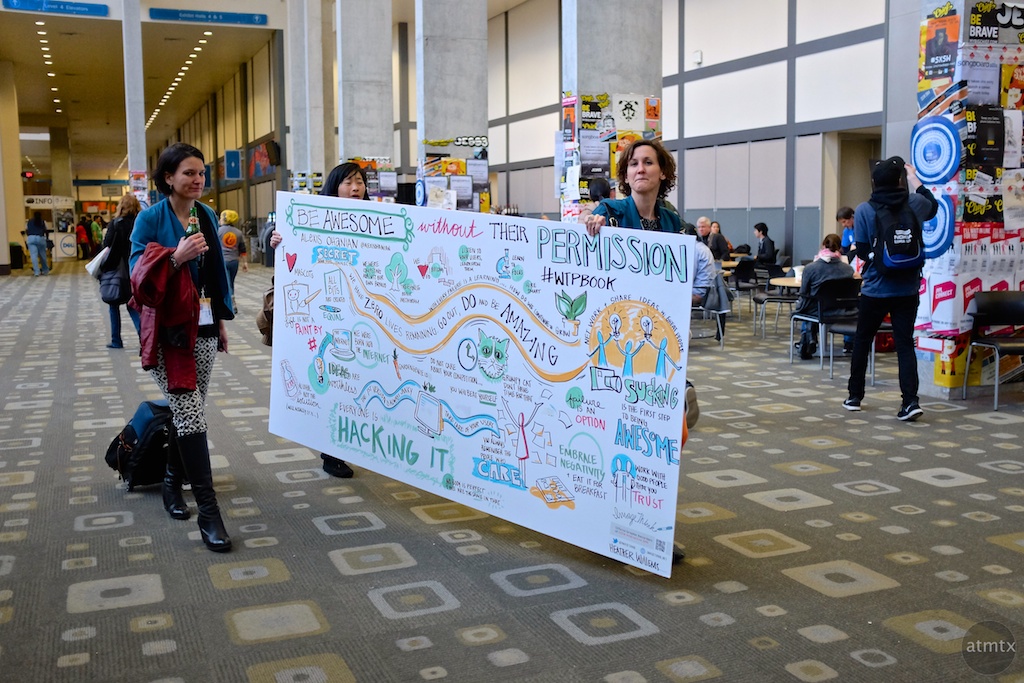 The Olympus E-M10 is a wonderful camera, more flexible, quick and better suited for most people. So why use the Fuji? It’s a purposeful, specialized camera for serious photographers. While its deliberate pace is not quite as slow as a film Leica with manual focus, it’s closer to that in feel, I suppose — certainly more than the typical digital camera. It requires more effort but you are rewarded with higher quality images, when you get it right.

At lower ISOs, the image quality improvement is subtle and might be missed by the uninitiated. As the light levels drop and the ISOs climb, however, the Fuji does produce a different kind of image than the Olympus. I don’t always prefer the Fuji images but I found enough cases where the frustrating quirkiness of the X100S is certainly offset by the superior photos it produces.

Stay tuned. I’ll talk more about the Fujifilm image quality and how it compares to Olympus in an upcoming post. 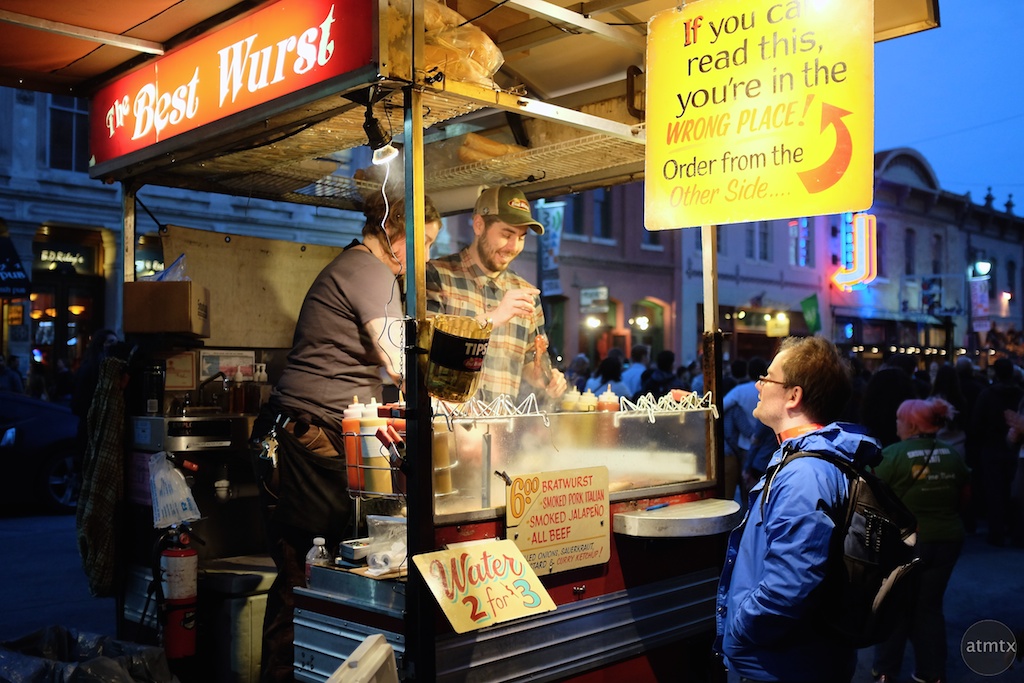 8 thoughts on “SXSW Interactive: Testing the Fuji X100S and the Olympus OM-D E-M10”