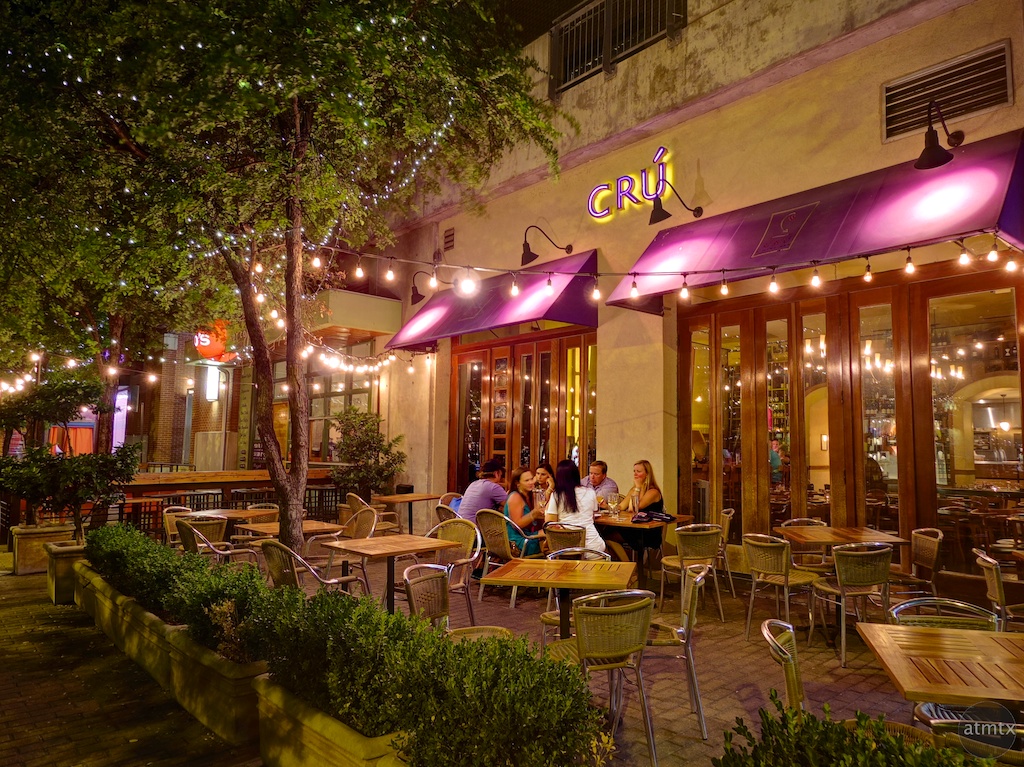 Realize that when I create HDRs, I do so because I like the results. I actually dislike the process.

Why? To do HDRs well, I need to use a tripod, which automatically slows me down. It’s something extra I need to pack and carry around, which usually gets in the way. I also have less freedom to compose and unless I’m careful, all the shots start looking the same since I’m shooting from the same height.

Shooting the 3 or more bracketed images takes time too, especially at night. Understand that the more time it takes, the less time I have to shoot other things. A 3 bracket low-light shot might take a minute or more. Consider that blue hour in Austin only lasts, at most, 15 minutes and the peak color is even shorter. Spend a minute or so per shot and I only get several good blue hour images per night.

Then of course, there is all that post processing on computer that needs to be done after I capture the shots. Fortunately, I’ve streamlined the process quite a bit and the software has gotten a lot better so creating the actual HDR image has become easier.

But today, I want to talk about the image capture side of HDR. How can I make it easier and more fun to take brackets on tripod? Well I’ve been working on the part of the equation too.

For a number of years, I’ve used Olympus micro 4/3 mirrorless cameras to do my HDRs. They are significantly smaller, lighter and faster than DSLRs. My preferred setup? An inexpensive Olympus E-PM2 with a 14mm f2.5 Panasonic lens and an optional wide-angle adapter. The image quality is pretty darn close to my big Canon 6D but infinitely more fun and faster. 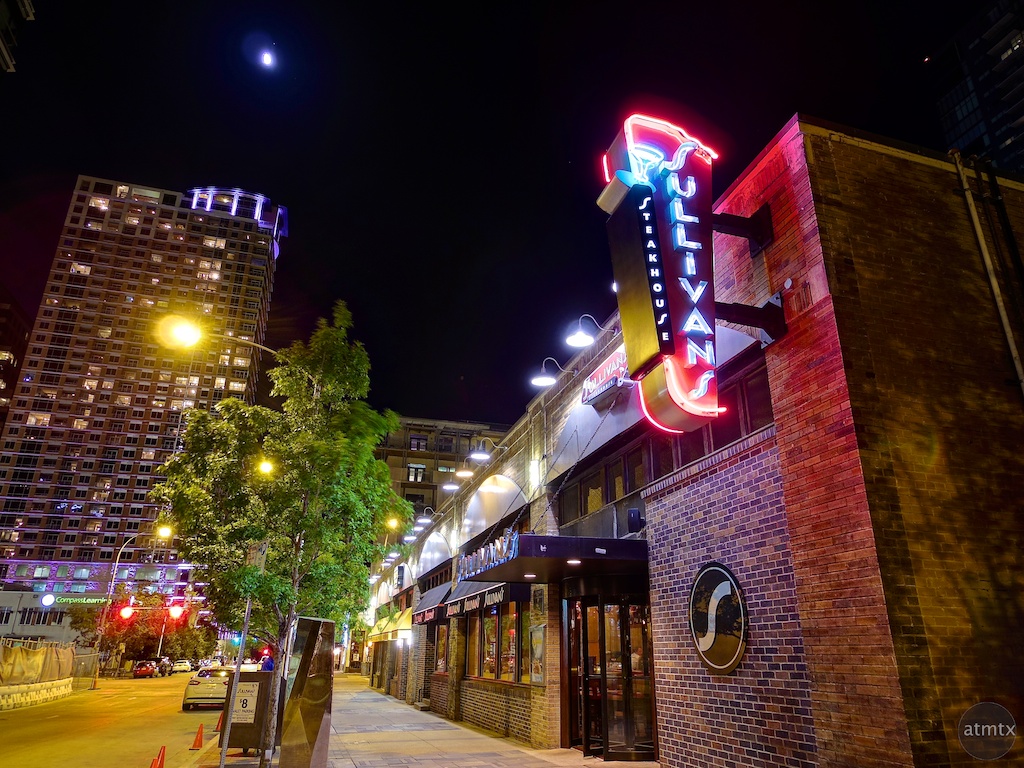 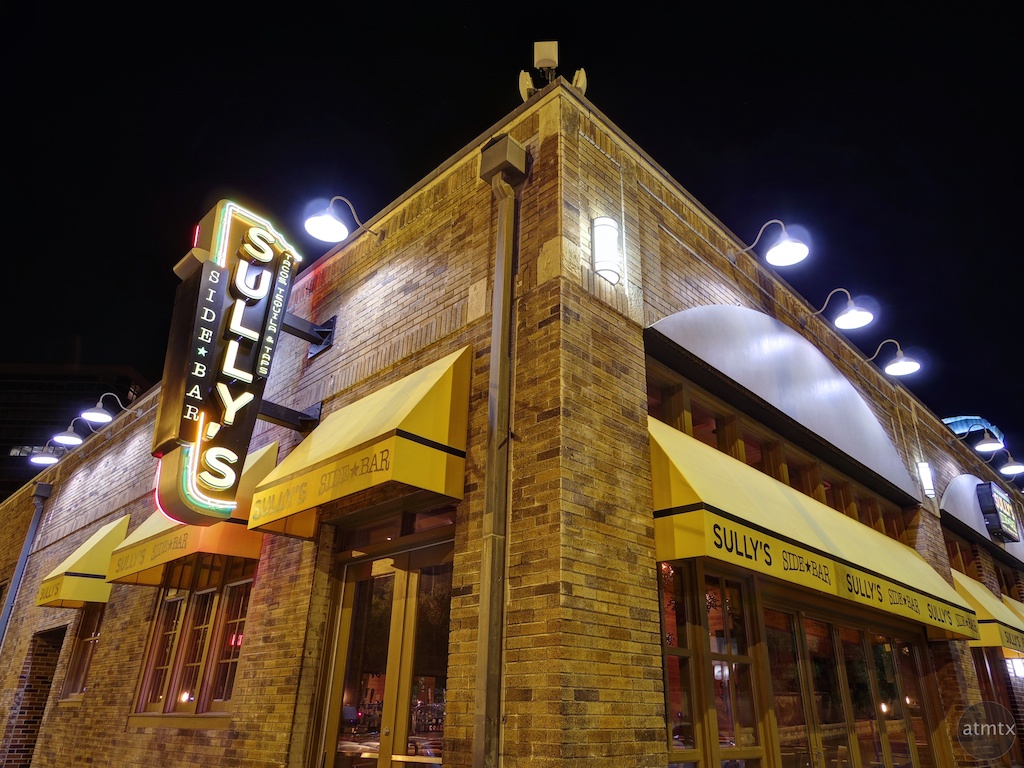 Consider too that as the camera and lens become lighter, the tripod can also shrink in size and weight. The total effect is significant. Also because micro 4/3 has deeper depth of field, my aperture can be larger and I still get everything in focus. That means that I can shoot faster because I use a lower f number. I use f5.6 – f10 range on the micro 4/3 rather than the f13 to f16 that I might use on a DSLR.

A couple of nights ago, on a whim, I played around with what might be the ultimate small camera for HDR. Precision Camera was nice enough to let me use the Pentax Q7 with the standard kit lens. Unlike the Sony A7 Review I did last month, this is not a proper “18 Hours with” review. I literally played with this camera for only a few hours. But what I created in that short time was eye-opening.

I used the Pentax Q7 to shoot all of the HDR photos on this post. The Q7 is tiny and even smaller than my already diminutive Olympus E-PM2. Look at this thing, It looks totally ridiculous on my tripod, which is one of the lightest full featured tripods available.

The Q7 also has a smaller sensor, much smaller than the micro 4/3. Its 1/1.7” size is typically used in high-end compacts like the Canon G16. I know, I know you’re thinking “Wouldn’t that small sensor be too noisy in low-light?”. Well, I’m here to tell you that, surprisingly, no. Shot as a ISO 100 JPEG on tripod the images look fantastic. 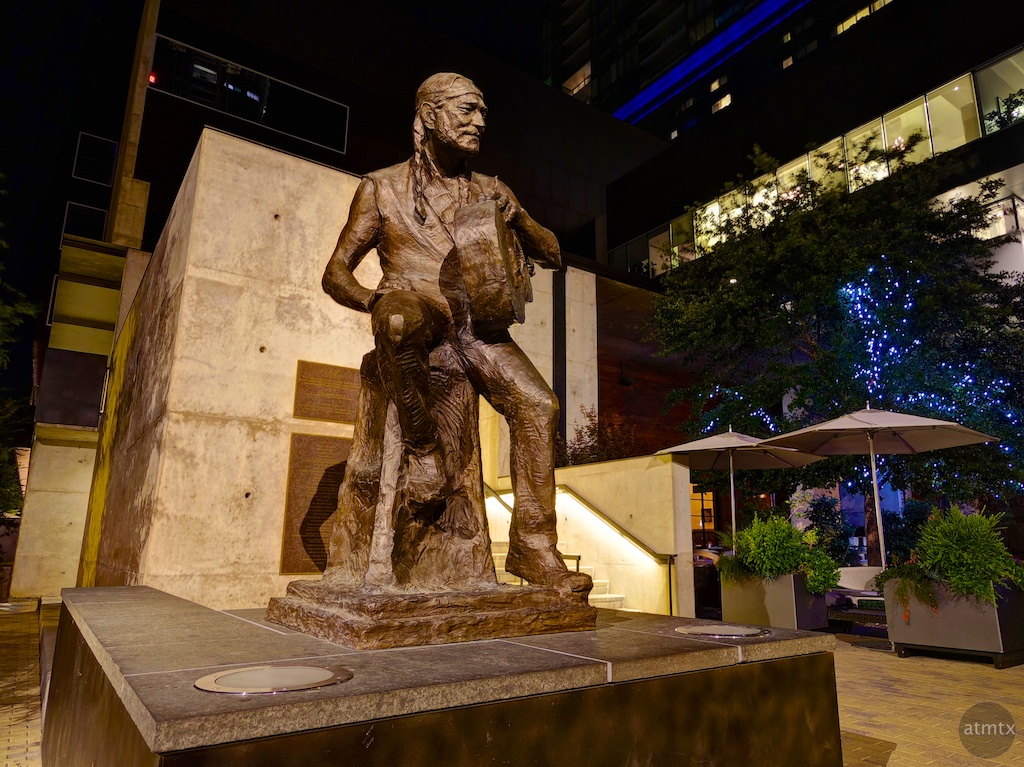 Here’s the thing, because the camera is even smaller than micro 4/3, you lighten the load even more. It might be tough to find a decent tripod significantly under 2 pounds so it might not help with the tripod weight, however, the camera and lenses are tiny. You save space in your camera bag or you might not even need a bag. Extra lenses are so tiny that they easily fit in your pocket.

But here’s the biggest thing. Because the depth of field is so deep, I shot these HDRs at f2.8, which is the widest aperture I had on the kit lens. Instead of taking a minute or longer to capture the HDR brackets, I did so in 4 to 5 seconds, at most. I also didn’t need to precisely focus since, again, basically everything is in focus. I can’t tell you how quick and truly enjoyable this made the entire HDR capture process. 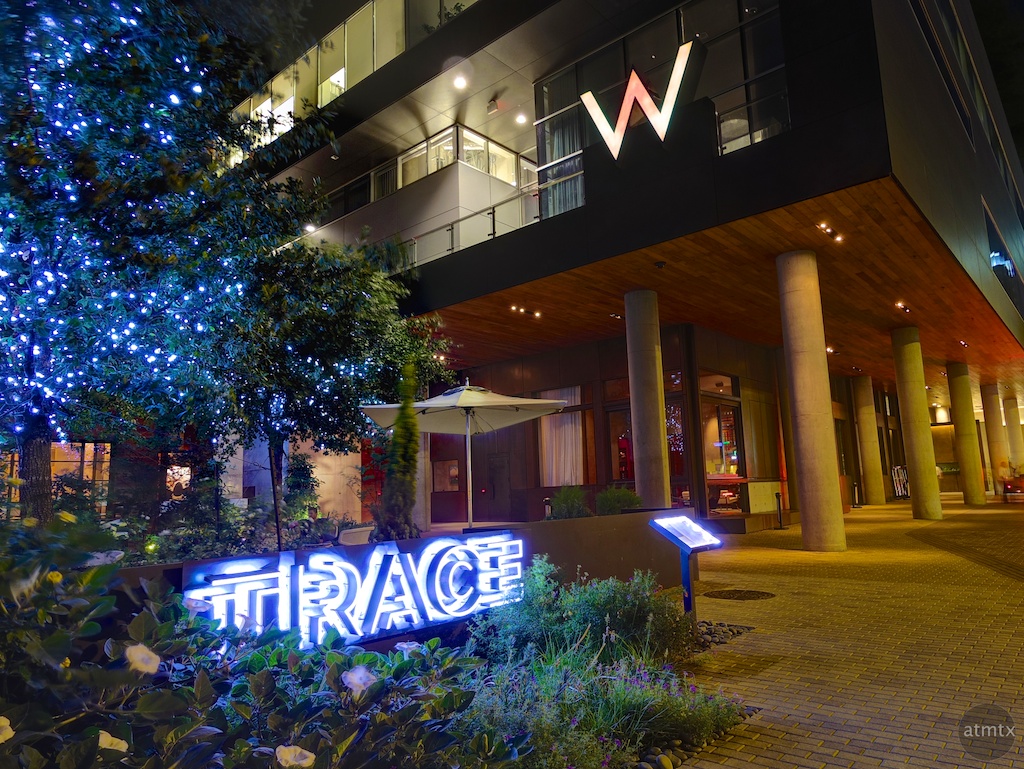 The standard kit lens has a 35mm equivalent from 23.5mm to 70.5mm. The crop factor is 4.7x, unlike micro 4/3 which is 2x. That means, for me, all I need is the kit lens. At 23.5mm, it’s wide enough for most of my shots, and I also have the flexibility of a 3x zoom range. Want to go wider? Pentax makes a small ultra-wide zoom with a 18mm to 28mm equivalent. Did I tell you that the Q7 is the smallest interchangeable mirrorless camera? Penxtax currently has 8 interchangeable lenses. 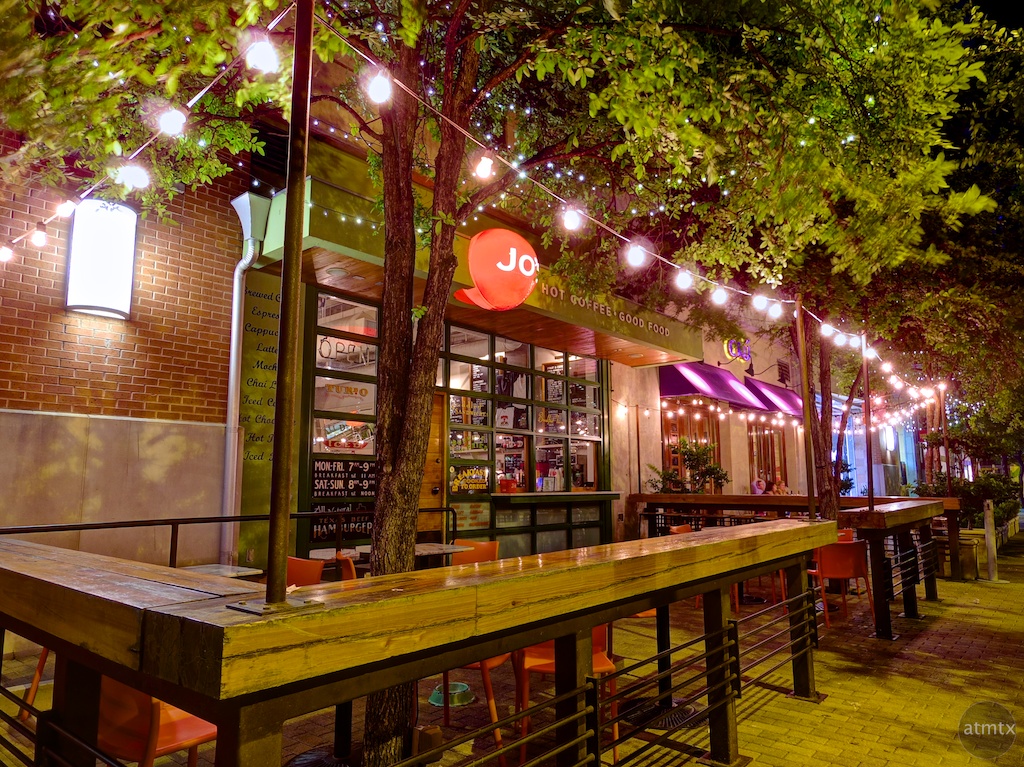 Is the image quality as good as micro 4/3 for HDRs? Very close but the Olympus is a bit better. First, the current Olympus cameras are 16MP and the Q7 is only 12MP. At 100%, while not noisy, there is almost an imperceptible ultra fine grain to the image. I don’t find it objectionable at all.

The biggest issue I found is probably due to the kit lens, rather than the sensor. If you look at the bright lights, you see a bit of flaring or coma. It’s not ideal but I can live with it — it gives a certain character to the image. Plus, I found that even an expensive Sony/Zeiss lens also exhibited this trait on the Sony A7 that I tested last month (more about his in a future post).

Finally, did I tell you the Pentax Q7 plus the kit lens costs only $350? Yup, you can get it here from Precision Camera or here from Amazon.

So, am I going to buy this camera? I’m very tempted, perhaps later in the year. I already own a boat load of cameras so I need to do some mental justification. I want to borrow this camera again for a proper “18 hour review” in the future. I’ll test other aspects of the camera to give you a full impression.

But here’s the take away. The Pentax Q7 is a heck of a small camera and heck of a lot of fun. And at $350 brand new, it is a lot less expensive than most HDR setups and it’s probably the most convenient. 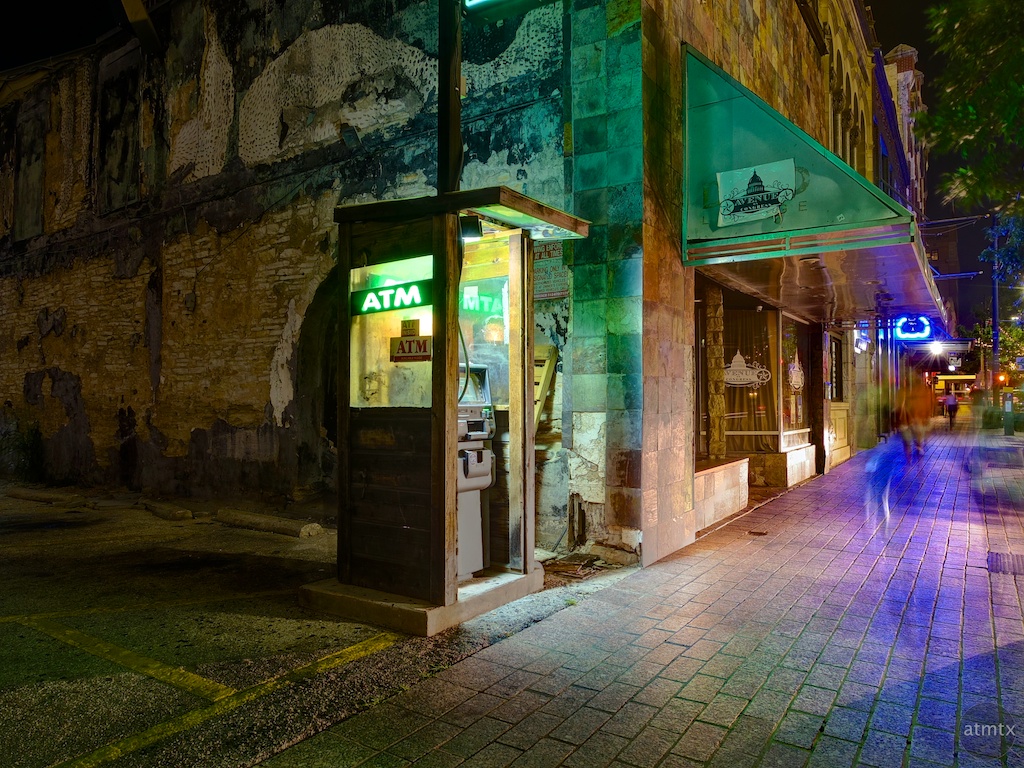 Thank you to Precision Camera for letting me borrow the Pentax Q7.
Please support this blog by clicking on my Amazon Link before buying anything.

18 thoughts on “Is this the ultimate small camera for HDR?”