My previous posting, The 2015 Austin Dia de los Muertos Parade, was in black and white. It was an homage to classic street photography and an acknowledgement of my growing interest in monochromes. But it would be a shame not to share the event’s wonderful colors and textures. I shot the entire parade in both black and white (JPEG) and in color (RAW), so I got to choose which I liked better.

I have a simple rule of when I use color versus black and white. I try to maximize impact. I like dynamic images after all, and if the color is not adding anything, I’m more likely, these days, to explore monochrome. Here, colorful textures and the deep blue of these costumes are more than enough to justify color.

Sometimes, I’m torn between the black and white and color versions of a photograph. You may remember this picture from my previous post where it was in monochrome. I like that image very much, it’s one of my favorites. This version works too, I think, though it changes the emphasis slightly. The costumes to the right distract somewhat from the central subject — but the layers of colors are enticing. Ultimately, I think the subject is strong enough to hold attention and the color enhances and does not completely overwhelm. Which do you like better?

Here is an example where color is a necessity and there is no doubt of its efficacy. The figure in green anchors the image and separates it from the other elements. I found that without the color, the center didn’t hold. 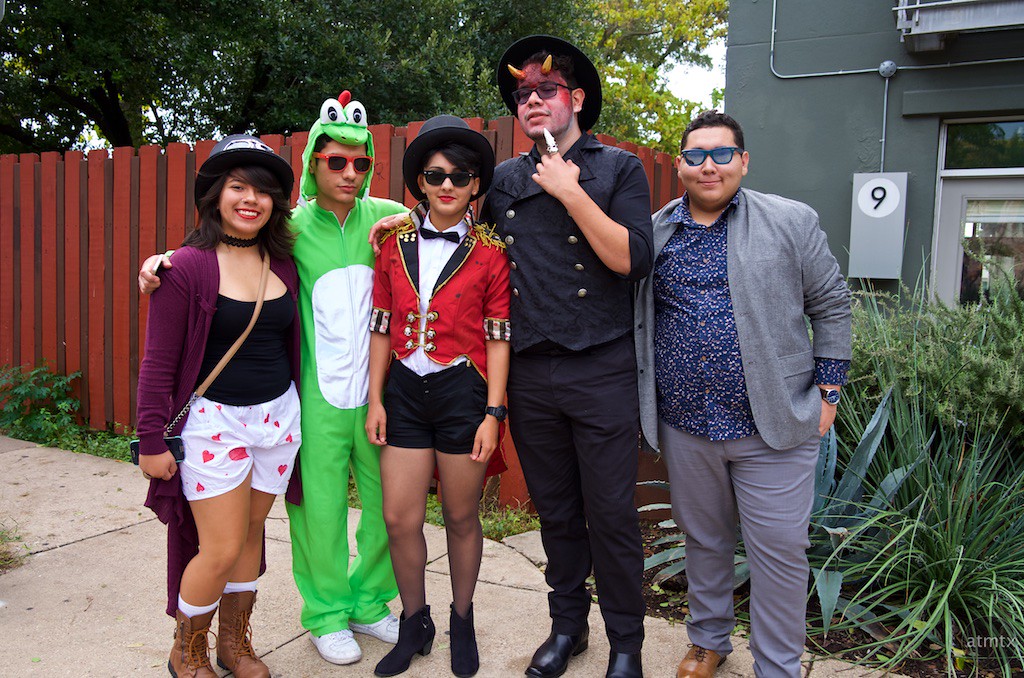 Along the way, I captured noteworthy spectators. The parade was held on Halloween this year and I found some costumes, on the sidelines, made for colorful image making. 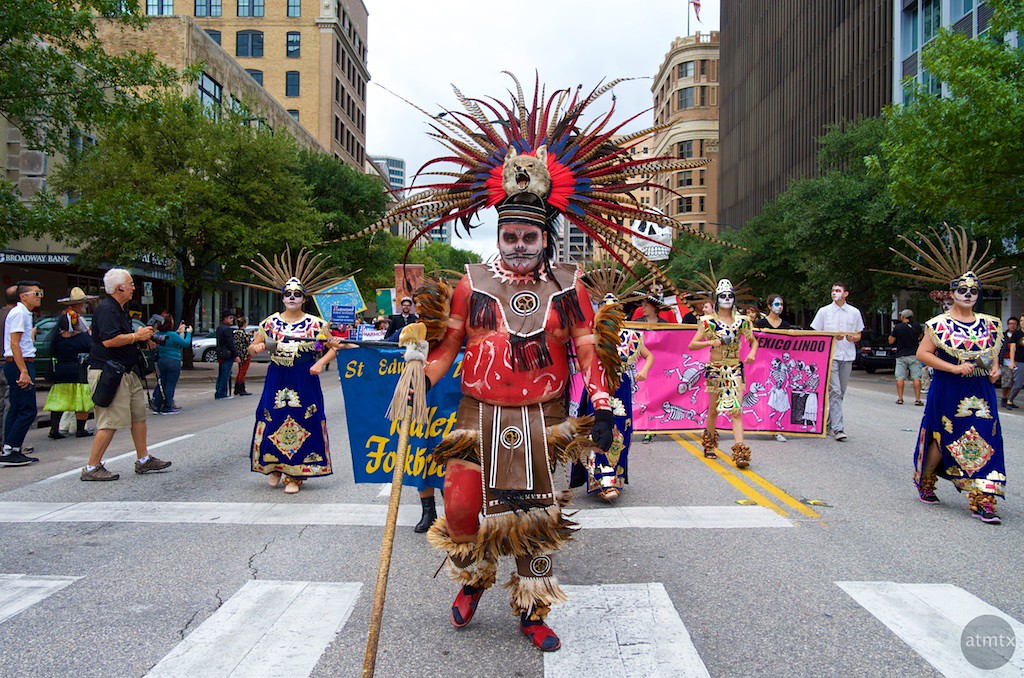 Here’s my favorite character, this time in the middle of Congress Avenue, near the end of the parade. The red paint makes him look even more fierce.

We reached the terminus in front of a shiny modern office tower. These hand-made papier-mâché characters contrasted nicely against the sleek glass exterior. 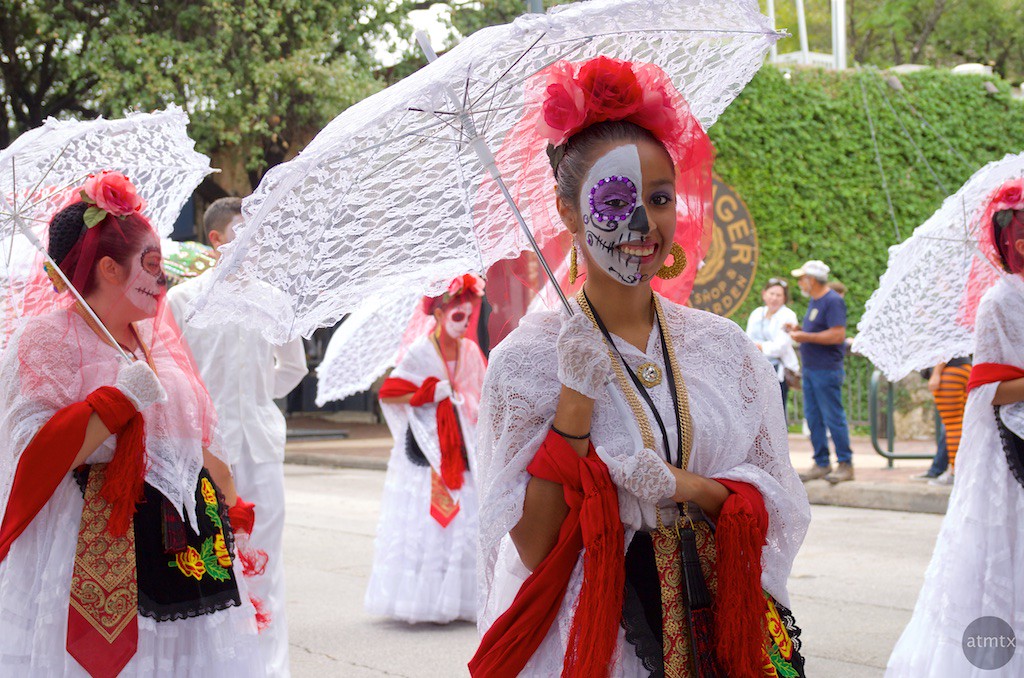 I’ll finish where I started, women with their airy lace parasols. White outfits with a slash of red and its bold use of color. As much as I love color, I realized it’s not necessary to always use it. Photography, in once sense, is the art of exclusion. How do you simplify the image while still telling the story? I’ve come to realize that color can take away from the strength of an image, adding more complications without much benefit.

I’m not shying away from color. It’s definitely something to use when it adds benefit — sort of like those touches of red in the costumes. To be sure, in a richly textured event like this, it would be a shame not to explore color.