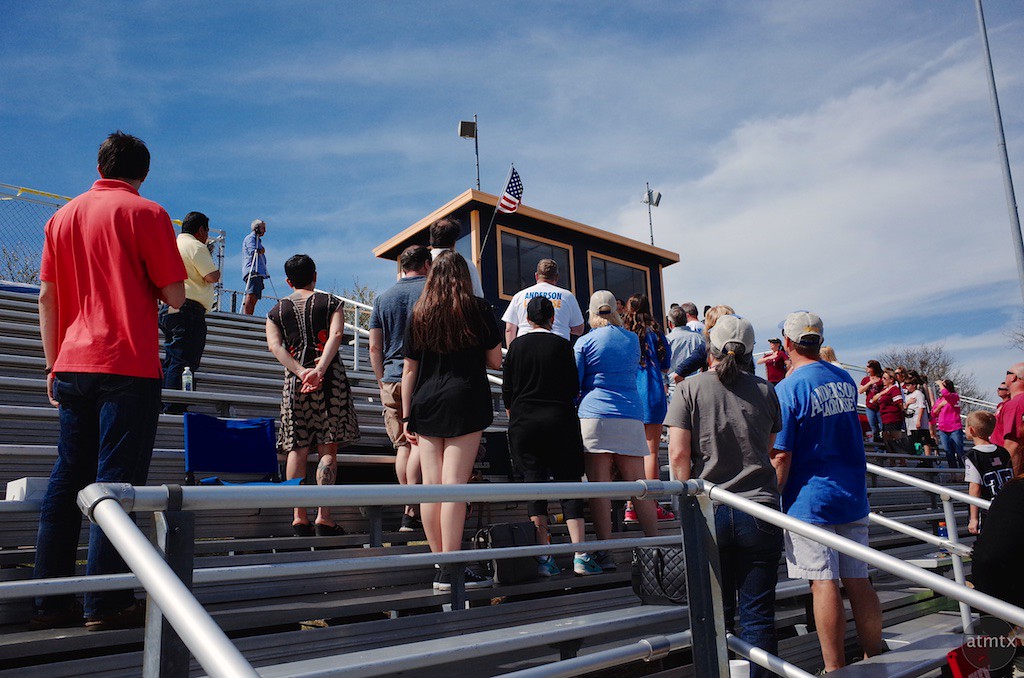 It was a busy photographic Saturday. In the afternoon, I was shooting high school lacrosse games and at night, my younger son’s 13th birthday party and sleepover. Not the typical subjects for this photography blog but I always try to find an angle with my photography and storytelling.

And here’s the angle. Remember that Ricoh GR I bought recently? The one that I complained about because I didn’t like the color? I’m still working that camera, trying to get an acceptable look. Despite my gripes, there’re merits. The most noteworthy is its large APS-C sensor in a compact point and shoot body, which is capable of creating great images. Sharp images even at higher ISOs, at least, despite being color challenged.

I might have found a way to get decent color, which I feature in this post. These are JPEGs shot with a built-in effect called, Positive Film. What I get is contrasty, with less dynamic range and altered color but, it produces an interesting look with character and a certain glow. That, at least for me, is preferable to the dull and lifeless RAW files. I’ve processed many RAW files from other cameras before but I can’t seem to get the look I want from the Ricoh. 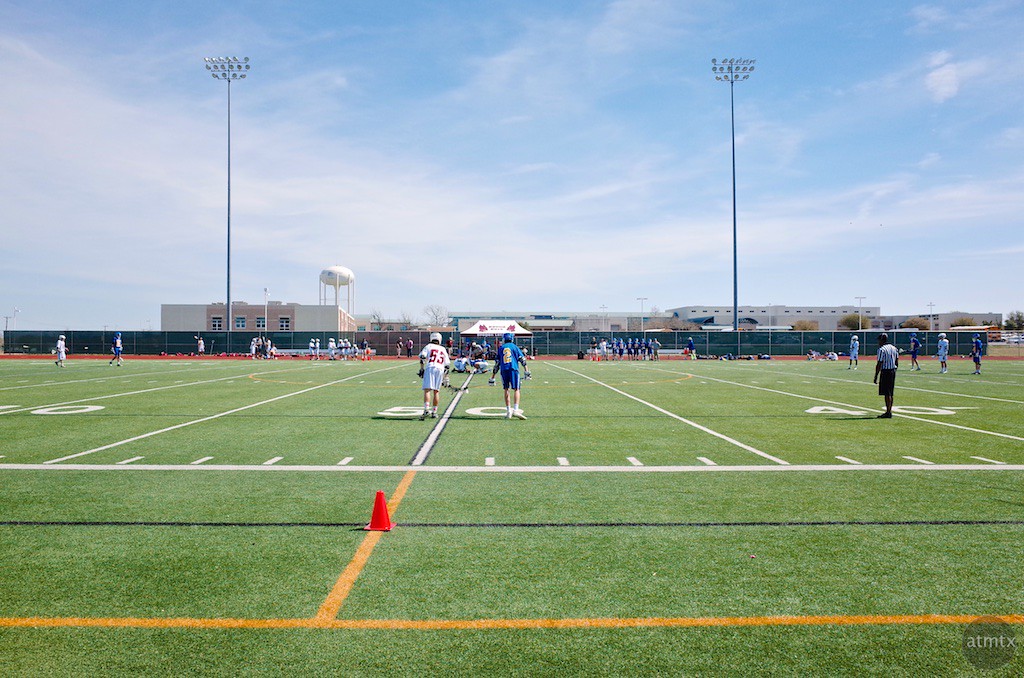 Now that I have a promising color recipe, the camera might find a place in my daily kit. For the lacrosse, I’m using the Nikon D3300 with the 55-300mm zoom. It’s fairly compact even for a DSLR with a long telephoto. The small GR fits easily in a small compartment of a compact bag. The benefit? I can whip it out and take wide-angle 28mm equivalent shots without changing any lenses on the DSLR. And the boxy GR is easier to pack than the 18-55 Nikon kit lens. Amazingly, both the DSLR and Ricoh have the same size APS-C sensor.

At night, at the Laser Tag/Video Arcade venue, I tested the GR’s capabilities in low light. I actually brought a fair amount of gear to my son’s birthday party, which is a sub-plot to the shrinking gear story. I was at the same place two years ago for his 11th birthday which I shot with my Canon 6D and external flash. I reviewed those files and was planning to use the same setup again. A 35mm f2 prime lens, the high ISO capable full frame 6D and a powerful flash unit. These arcades are dark, after all, and with a high ceiling. I have a choice of ambient light photos with high ISO or direct flash. That got me thinking. What if I use my Olympus OM-D E-M5 Mark II instead?

I wasn’t going to take any chances. I packed the identical Canon 6D setup just in case. I also brought the E-M5 Mark II with the 17mm f1.8 lens and separate tiny flash that comes with the camera. Finally, I slipped in the compact Ricoh GR. It was certainly more gear than usual but it all fit in a medium-sized bag.

I’m happy to report that the Olympus experiment was a success and I didn’t even use the 6D. The low-light capabilities of the E-M5 Mark II were more than capable and the small external flash is a noticeable improvement over the built-in flashes in previous Olympus PEN cameras. I also had the added benefit of more depth of field, which was a disadvantage for the Canon full frame. I know that last sentence might confuse people so let me explain. 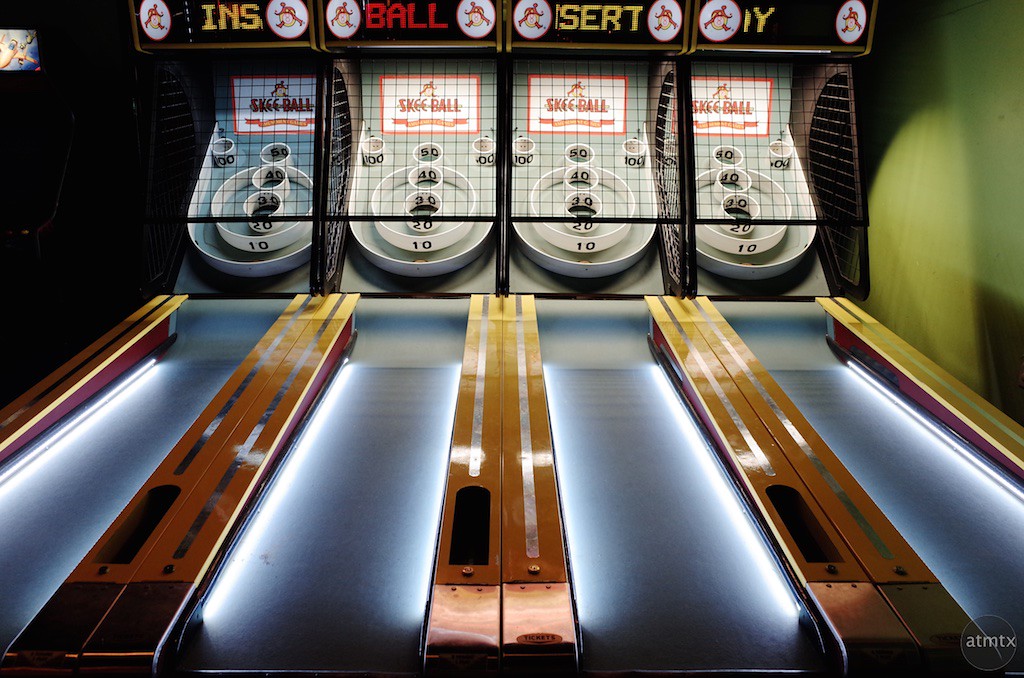 You hear many people clamoring for shallower depth of field and “full frame” is the holy grail in the quest for more “bokeh”. While this may be great for portraits of a single person, it doesn’t work well for groups. And at this birthday party, I usually want several kids in focus. Yes, I can stop down and with a smaller aperture, get more depth of field, but then I’m reducing my low-light capabilities. The Olympus 17mm f1.8 is equivalent to a 34mm f3.6 in full frame angle of view and depth of field, however, critically, I still have a f1.8 lens. Coupled with the excellent in-body image stabilization, I get equal or perhaps even better low light performance for these situations.

I also get the benefit of a much smaller body and better video shooting too. Which goes to show why I’m using my Canon 6D less and less and why full frame is not always what it’s cracked up to be. If I’m shooting portraits, I’ll break out my 70-200mm or 85mm f1.8 on my Canon for maximum shallow depth of field, but for documenting life, I find it a hinderance. Which means, next time, I can take a small bag with the Olympus and ditch the heavier Canon 6D.

Which brings me back to the Ricoh GR (here’s a link to the GR II, which is basically the same camera). It did a good job even in low-light. Heck it has a sensor that’s larger than the Olympus. But that lack of image stabilization is greatly missed. The Positive Film setting really brings out the glow in these shots. While the Olympus easily bests the GR in terms of color, handling and speed, I can slip this small camera almost anywhere. This weekend has proven the GR’s worth — a companion to both my Nikon DSLR as well as the smaller Olympus mirrorless system. Time will tell, however, if I continue to use it.