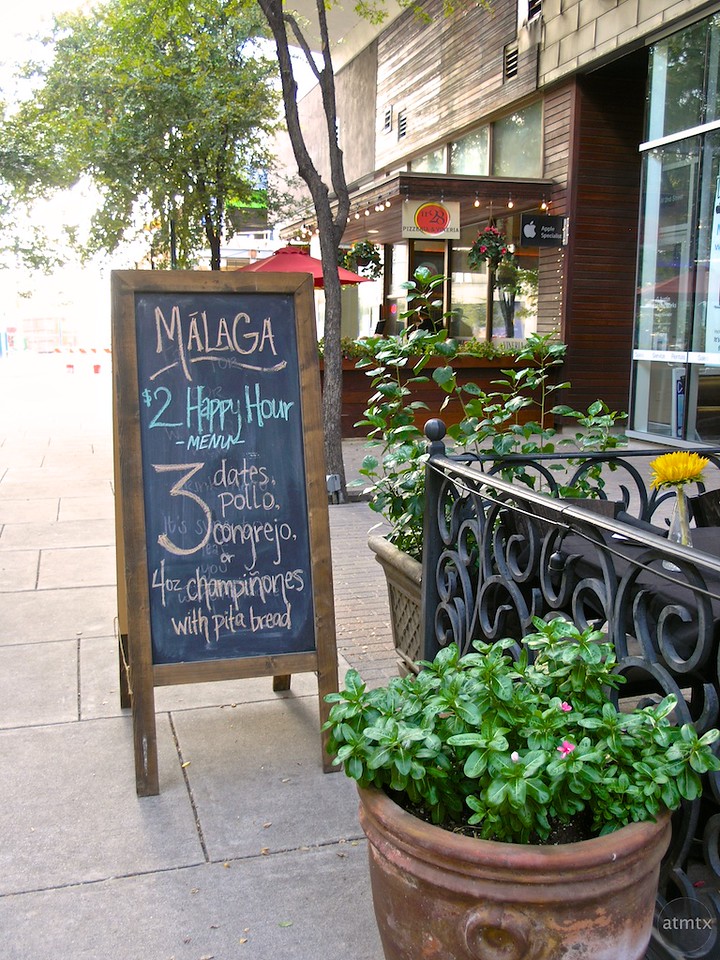 I heard today that a popular restaurant closed its doors after 18 years. Malaga’s last day was Sunday, a week ago. And just by pure luck, I took a photograph of it on their very last day. There’s nothing special about the image. I was merely doing test shots with two recent camera acquisitions. But this got me thinking.

The world is constantly changing, of course, and one of the big benefits of photography is to freeze time — to record an event or a slice of history. That’s a big reason for family snapshots. Children grow so very quickly, surprisingly so, even within a year. And the world that surrounds us is in constant motion too. At least in the technologically driven, first world.

The creative destruction that rules the tech world manifests itself, in real life, in a place like Austin. Restaurants come and go, parking lots become skyscrapers and a sleepy college town becomes a hip in-spot within the 25 years that I’ve lived here. I wished I documented better, back then.

Ever notice that, unlike most things in life, photographs grow more valuable over time? I recently came across my parents’ wedding photos. It’s odd to see them so young — a lot younger than I am now. They had so much youth, vitality and an optimism for the future. They are senior citizens now. Healthy but long past their prime.

The arc of birth, to maturity and to the inevitable decline happens for everything. Austin is booming now, but for how long? Early in the 20th century, Detroit was the 4th largest city in the U.S., peaking at 1.8 million people in 1950. Now, it’s the 18th largest at 700,000. I’m fascinated by photographs of its heyday as well as the current day blight. Change, it’s constant.

Even in my short 6 years of urban photography, I’ve shot places that have changed forever. Some are small, like the closing of a restaurant. Others, more dramatic. Perhaps my photographs will become a record for some future historian. Mine, along with the billions of other images that are freezing slices of time, at the beginning of the 21st century.

The most important photographs are of your loved ones and the world around you. Don’t let time slip away.

5 thoughts on “Shoot often because the world is constantly changing”