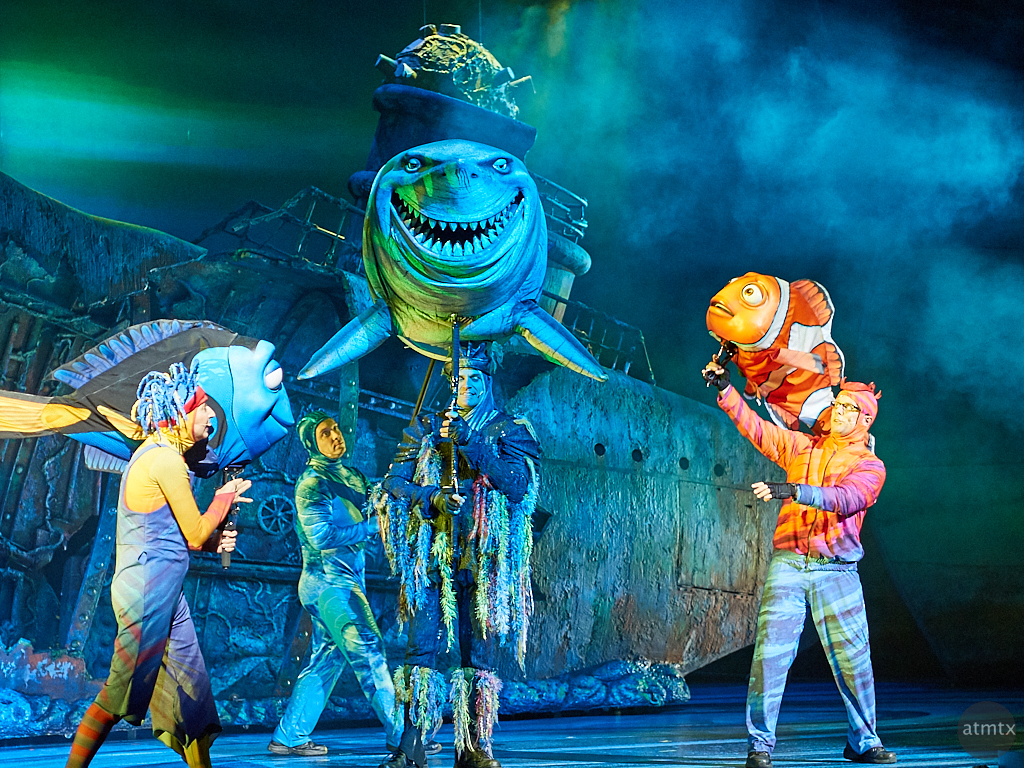 I was a little unsure of a live action version Finding Nemo, a musical no less, shown at the Animal Kingdom at Disney World. But I thoroughly enjoyed it. They compressed the entire story down to one hour, while retaining all the details. The relationship of the puppeteers to the characters reminded me of what Disney did with the Lion King adaptation on Broadway.

Once into the story, the people mostly melted away and puppets came to life. Since I’m very familiar with the story, I was most interested in how they would animate each character. The added songs was decent though it doesn’t match the quality that was in the Lion King and the other movie musicals. The show felt fresh again, since I saw the sequel, Find Dory, earlier in the same year. Recommended for anyone visiting the Animal Kingdom.

I shot this with the Olympus 45mm f1.8 lens, as I did with many of the shows. Normally, this lens is one of my least used, but it was invaluable during my Florida trip. Small and fast, it was perfect for these kind of photographs.

2 thoughts on “Finding Nemo – The Musical”