I had two chances to shoot the Pirates of the Caribbean on my Disney World trip. Two opportunities to make those great shots that I was hoping for, but didn’t quite make enough of, in the end. I know I could do better the next time, after studying my mistakes.

I had the 45mm f1.8 on my first ride. That’s what I used to shoot the Jack Sparrow portrait above, which was my best shot. But the 90mm equivalent framed too closely and I needed something wider to capture the story. Incidentally, the ride has been updated since the Pirates of the Caribbean movies — good old movie Jack was added. The original version certainly did not have Johnny Depp.

The photographic challenge was the dark conditions, of course, and the constant motion of the ride. I had to optimally balance the shutter speed and ISO to make the best possible images. With the Olympus, I ideally like to stay at or below ISO 3200, through I do on occasion shoot at a higher sensitivity, like I did in the portrait above. At ISO 4000, it still came out decently and it gave me a 1/80 of a second shutter speed. The rest of the ride was a lot more challenging. 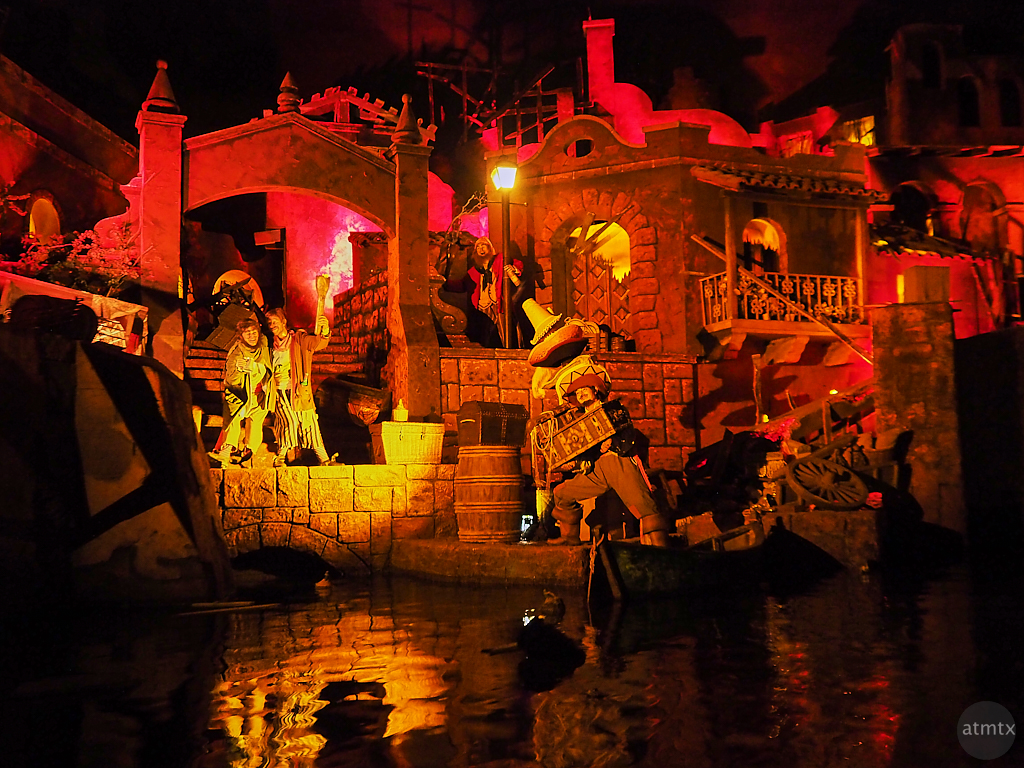 On my second ride, I changed to the 17mm f1.8, for a wider view, which worked noticeably better. I still had a challenge shooting in the dark, however. The wonderful Olympus in-body image stabilization doesn’t quite work in these cases, when the scene is moving, though it helped for this shot. I just happened to get a clear shot a 1/10 of second at ISO 2500. I knew that if I shot enough, statistically, I could get a decently sharp image. But, it doesn’t always work. Having a bigger sensor with super high ISO capability is the only way to ensure reliably sharp photos. 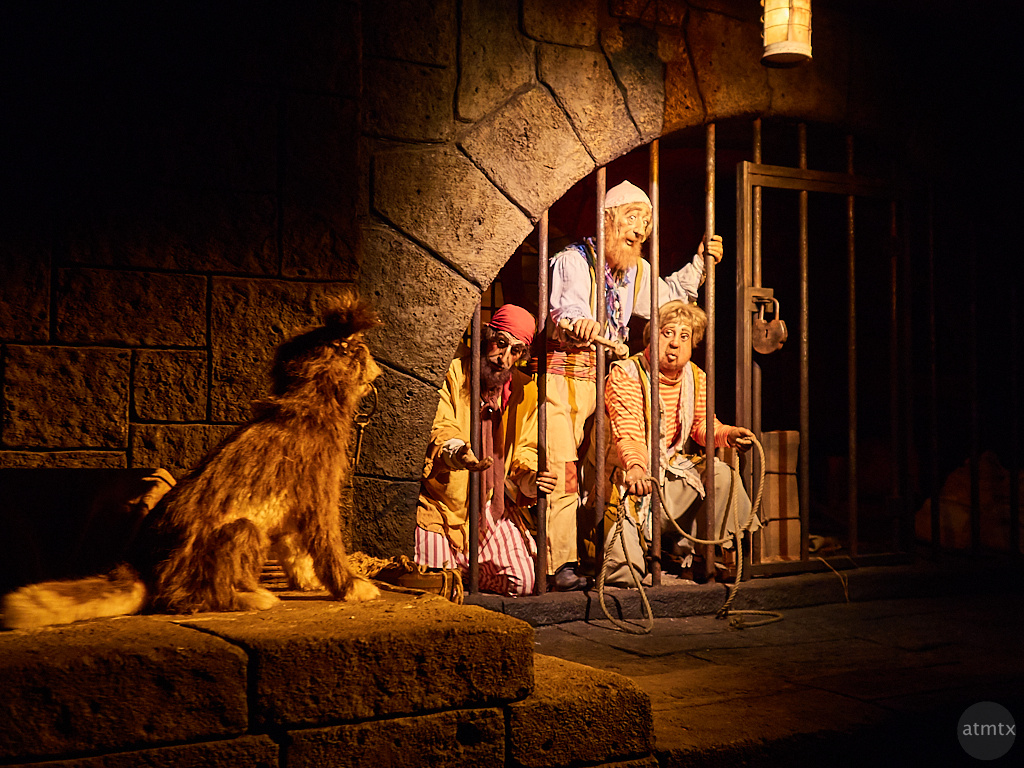 I’m happy that I captured my favorite scene, however, with the dog holding the key. I sat on the very left side of the boat, which I think is the better side. But, for this image, I had to shoot over my head and frame with the adjustable rear LCD.

In retrospect, I should have upped my shutter speed and taken the risk of a higher ISO. That would have increased my hit rate. I also noticed that, the normally reliable focusing, missed on several occasions. Most likely the darker conditions and some backlighting added to the higher than normal failure rate.

The Pirates of the Caribbean is a tough ride to shoot properly, at least according to the rules. Disney’s announcements mention no video and flash photography, which some disregard. I shot in available light, not only to follow the rules, but to challenge myself photographically. If done correctly, the natural light photos look better too, than with flash, which overpowers the colors.