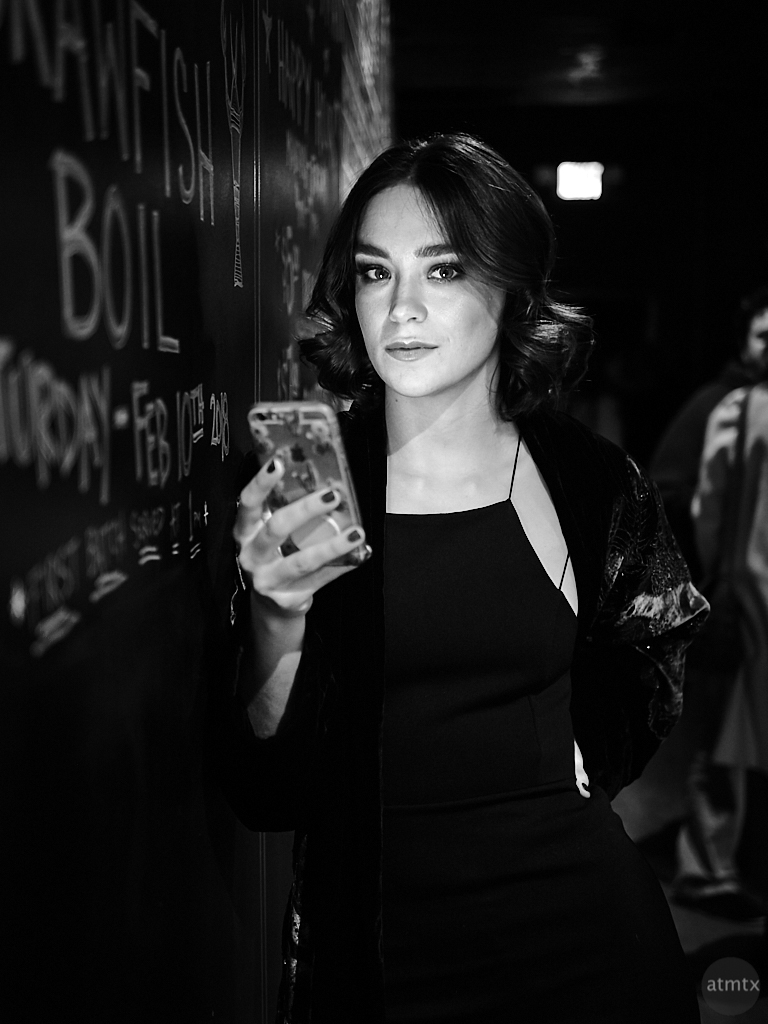 For my next “Staged Portrait” experiment, I feature Sissi, who is making her second appearance in these last couple of days. This time, we are back to black and white. Staged Portraits are my attempt to make natural, less portrait like portraits, with a hint of a backstory. Compared this with a traditional portrait of Sissi.

The premise of these images were to photograph someone using their smartphone and looking somewhat perturbed by the capture. I specifically asked Sissi not to smile and to look rather serious, even a little annoyed.

If the first photo, we moved to a dim but somewhat lit hallway at the Craftsman bar during January’s Drink and Click. I asked Sissi to “simulate” looking at the phone and then look towards me. The light from the phone’s screen does a nice job to add extra lighting and a sparkle to her eyes. 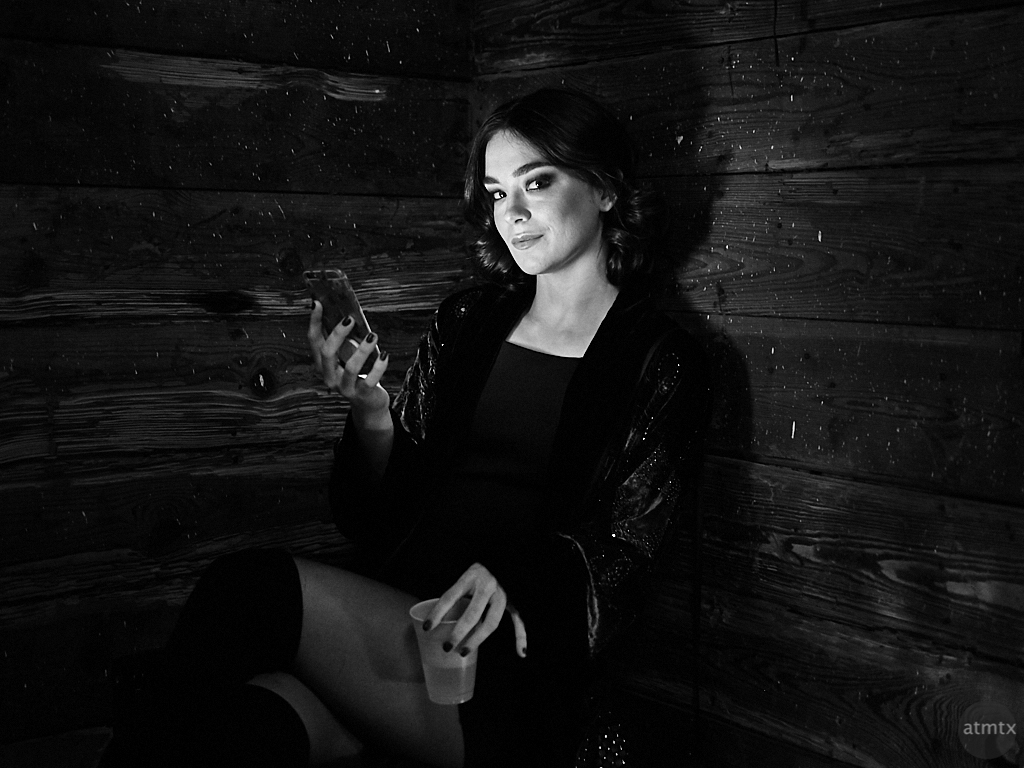 This second photo is using the same back story but we pushed the technical limits of what’s possible. I had some doubts of if it’ll work, but to my surprise, it actually came out the way I was hoping. A little technical details are in order.

We moved to an especially dark part of the bar, with very little ambient light. Almost all the light in this photo is coming from the smartphone’s screen. I shot with my Olympus PEN-F at 1/10 of a second, hand-held and I told Sissi to hold still. I also dialed in a negative 1 2/3 exposure compensation to retain detail in her face. Even so, I still shot this at ISO 2000 at f1.6.

The resulting image was just about black, except for the face. In post processing, I was able to lift the shadows enough to give an outline of her body, as well as the hint of the walls that surround. A perfect amount to give the correct impression of a very dark room.

I had fun trying to craft these images. A big thanks to Sissi who was willing to play along and do something different from the typical portrait.

One thought on “Staged Portrait: Sissi”