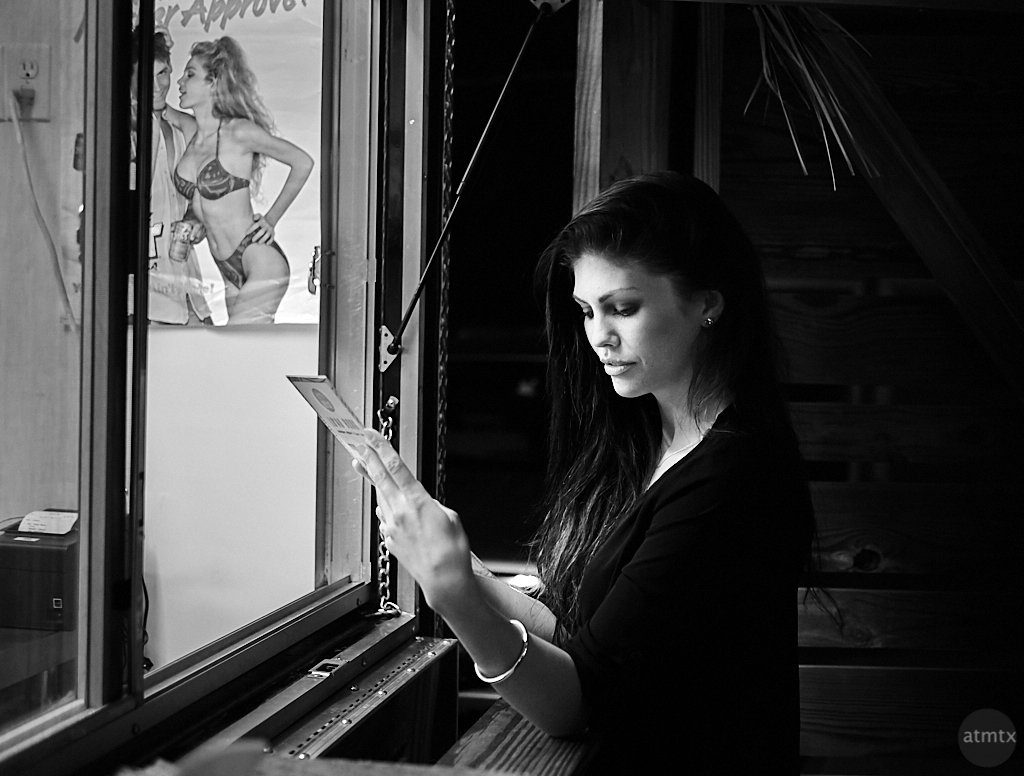 I experimented with something new during January’s Drink and Click. You saw in the last six posts, I did my regular portraits in both color and black and white. Today, I’m featuring what I’m calling “Staged Portraits”. There is a genre of photography by the same name, however, examples seem to be all over the place. My definition is one where the person is directed to appear casually in an environment.

I’m trying this “staged” approach for a few reasons. First, it’s something new for me. I also wanted to create a photograph where the models where not in typical model poses. Finally, I wanted to suggest that there’s a story behind the photograph, instead of just a straight forward portrait.

Here, I directed Libby to act like she was ordering food, looking causally at the menu. The process was harder than I thought because I had to come up with an idea for the shoot. And, I needed to make sure Libby didn’t “ham it up” so she appears natural. I’m sure it’s something easy for actors and directors but it’s something that both Libby and I haven’t tried before.