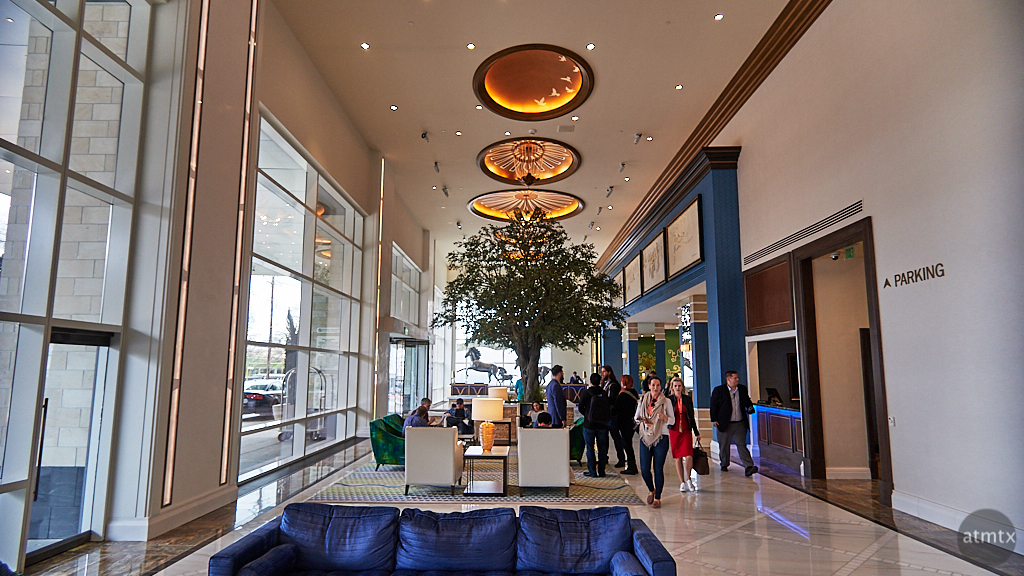 Mike was right. My friend and photographer, who often visits my blog, commented that he really likes this wide-angle 16×9 format. I wasn’t as confident. But as I played with it, I’m really starting to like it. Many of our screens, from smartphones to computers even TVs are now in the 16×9 aspect ratio. When I view these photos full-screen on my iMac, there’s an immersive quality that I don’t get from other formats.

These pictures are not merely cropped to 16×9 format. I discovered, by accident, that my Canon G7X Mark II camera shoots a lot wider than is displayed in JPEG or even on the back of the LCD. Using RAW and Capture One, I get to unlock parts of the composition, outside the original framing, previously unseen. I first experimented with this at this year’s 2018 Chinese New Year celebration.

Today, I want to revisit and showcase more photos from the newly opened Fairmont Hotel in Austin. It’s the largest hotel in the city and is visually interesting. While you might not get the full effect of these wide-angle cinematics, because of the smaller images sizes, I hope you enjoy this shiny new place in Austin.

Up top is the main lobby. I like that it’s super bright, colorful and not stuffy like some high-end hotels. Wisely these giant windows are on the north side, which is ideal for sun drenched Texas. 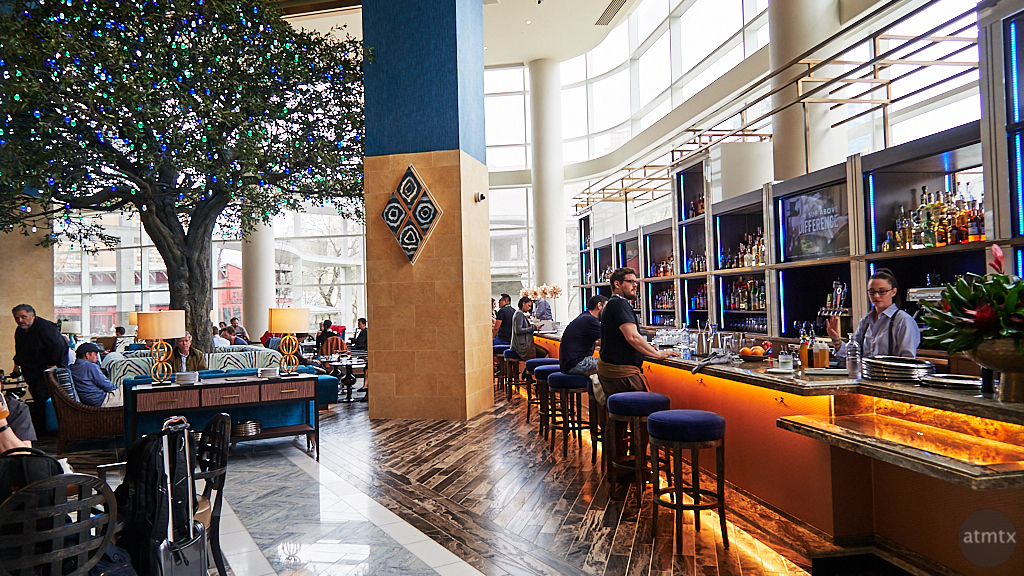 The main bar/lounge adds more whimsy with this giant tree-of-life thing, at least that’s what I call it. The interior is modern, colorful and playful as well as upscale. I like it because it doesn’t take itself too seriously. I’ve heard criticism about the interior comparing it to a Cheesecake Factory, which is not good. The Cheesecake Factory is a restaurant chain with the design aesthetics of a typical Las Vegas hotel, at least the one in Austin. Let’s just say, it’s very heavy-handed.

But I think there is a difference between gaudy, like the said restaurant and Las Vegas, and whimsical. In my book, the Fairmont stays on the whimsical side and doesn’t cross over that line into Vegas.

There’s a skybridge that connects the Fairmont to the convention center. I like the curvy path but not impressed with the chain link walls. Perhaps this bridge is not complete and the walls are only temporary. At least I hope so. 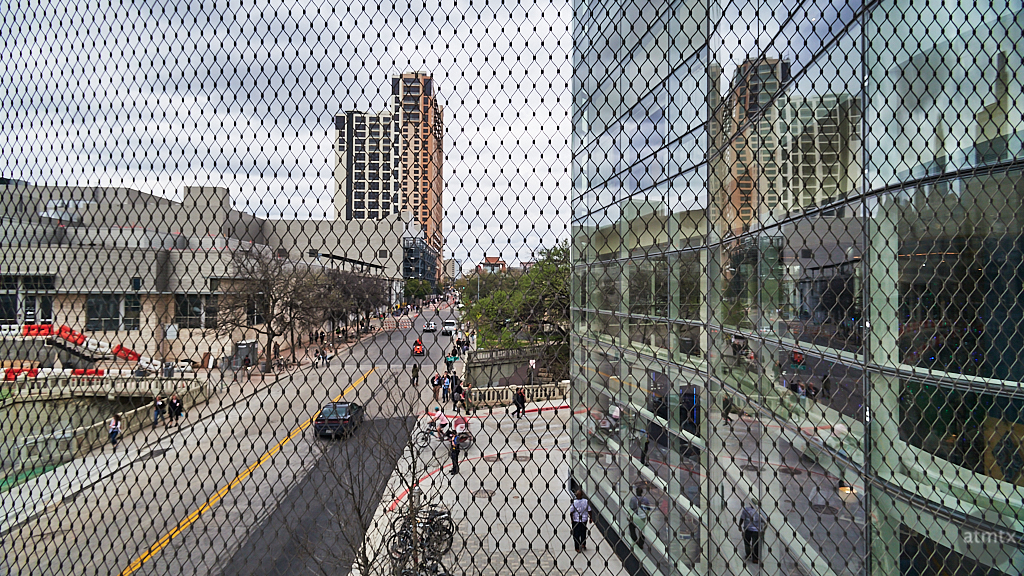 Looking through the chain link wall north, you see the Fairmont’s curvy glass curtain wall to the right, the convention center on the left and off in the distance, the Hilton Hotel. By the way, the Hilton’s lobby is my least favorite of the bigger, nicer hotels. It has the personality and giant scale of a mid-80s airport. 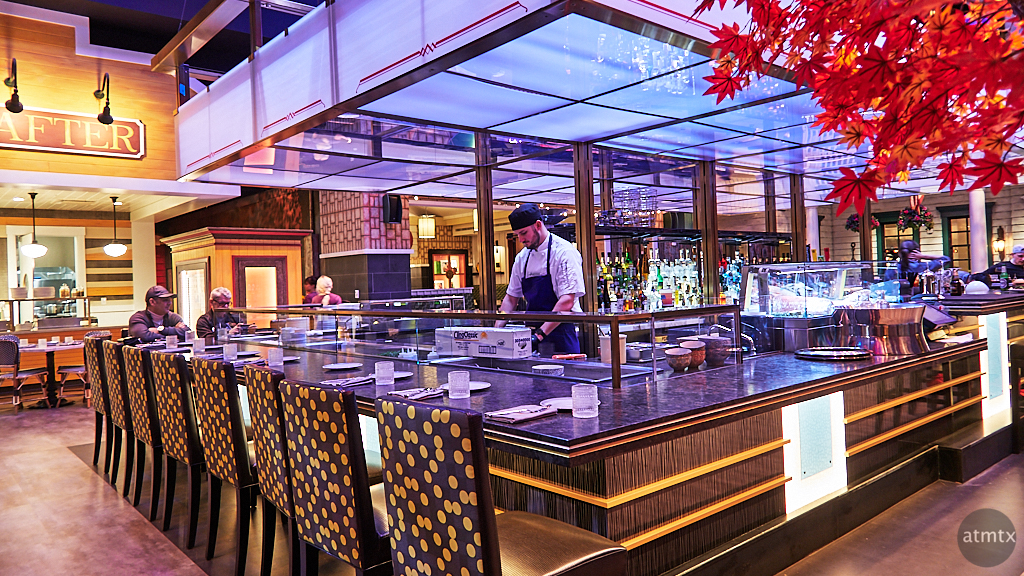 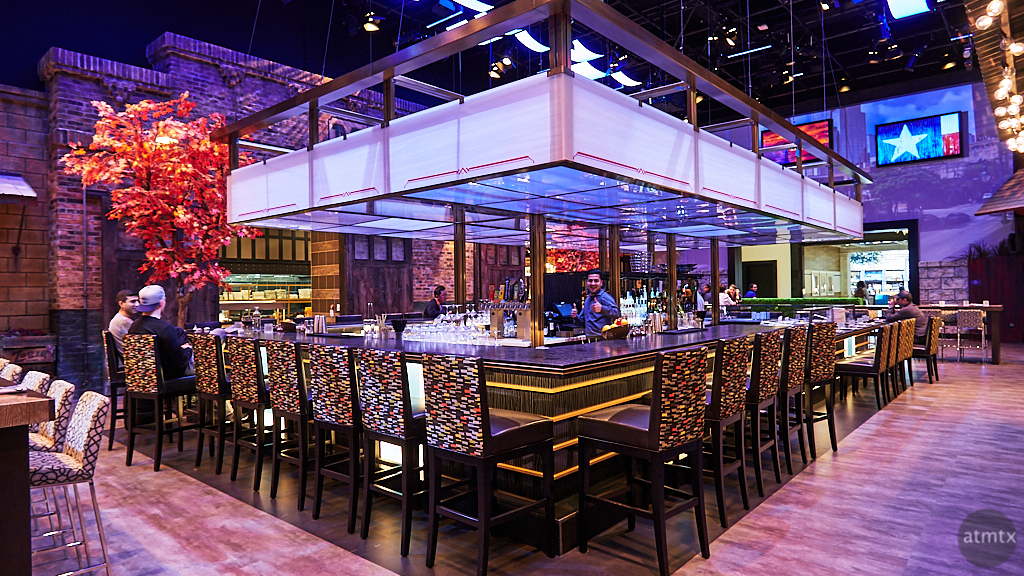 Finally, we end with the food hall at the rear of the Fairmont. It’s like a food court but with restaurants instead of fast food counters. You might recognize these photos which look suspiciously like the ones I featured two weeks ago, during my first look at the Fairmont.

These are the wide-angle cinematic versions of those photos, which I originally posted in JPEG. These are processed from the RAWs with the 16×9 format, wider, with more saturation, contrast, and drama.

At its widest the Canon G7X Mark II shoots at 8.8mm which is equivalent to 24mm in full frame terms. These cinematics are still at a 24mm equivalent (at its widest) but the extra peripheral coverage just shows more width. It’s more equivalent to a panorama, but I shoot it without having to pan the camera.

The advantage of this is I get more width in the frame but without the extra wide-angle distortion. It’s a fun effect and something that I didn’t expect at all when I bought the G7X Mark II. With this new-found effect and technique, I’ll be featuring it some more, in upcoming posts.