When I started my coverage of Miyajima, several days ago, I described it as a special place. Calm, quiet and slow-paced. It’s unlike the typical places in Japan that I’ve visited and it’s worlds away from the energy-packed mega-cities. The ten minute ferry ride really transitions you from “regular Japan” to this alternate world.

I got there in late afternoon. The tourist crowds were thinning and people who remained embraced the coming golden hour and sunset. And although golden hour is more of a photographic term, I’m sure these people were all for the warm rays of the late day sun. I described it as a low-key Japanese style equivalent of Key West.

I shot a lot of pictures there. All within close proximity of the Itsukushima Shrine, on either side of the outstretched arms that forms a bay. I shot my favorite monochromes there but also respectable color photos too. And, instead of inundating my audience with weeks of similar images, I collected a bunch of my favorites that captures the mood of this place. From the golden rays to blue hour. 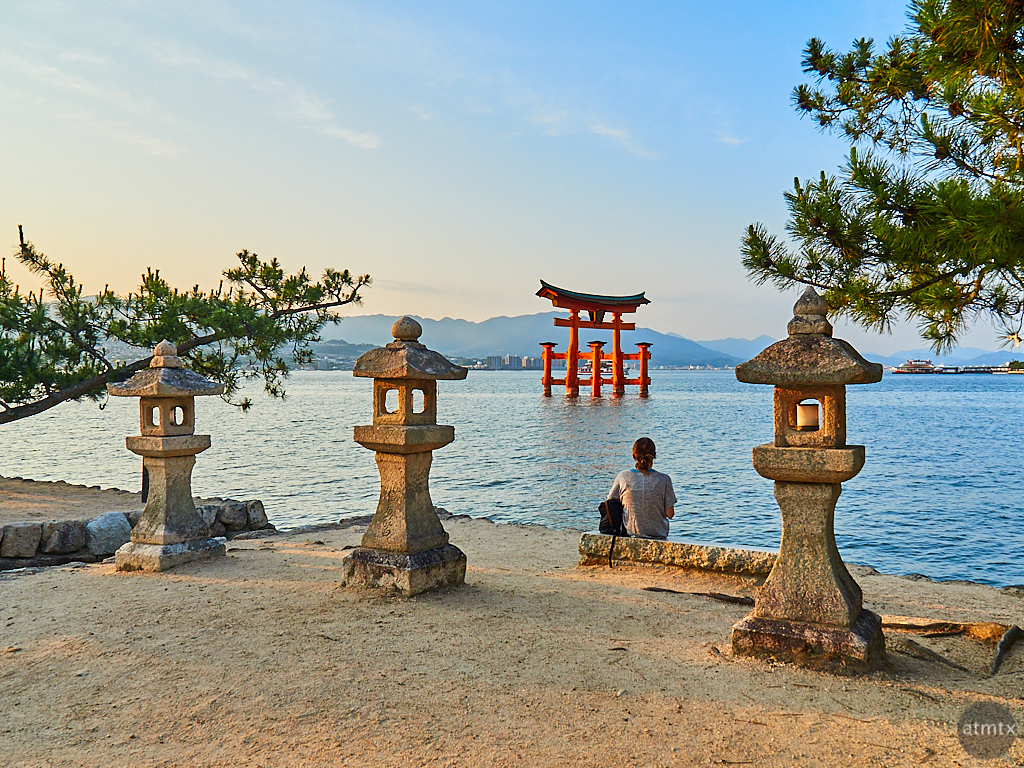 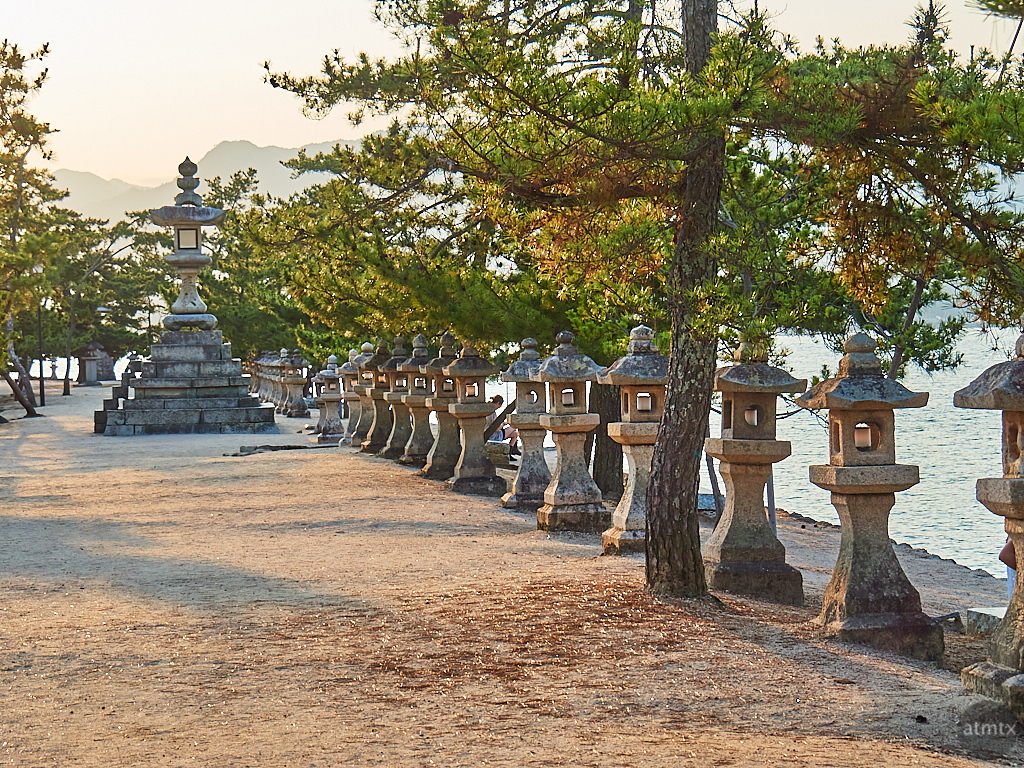 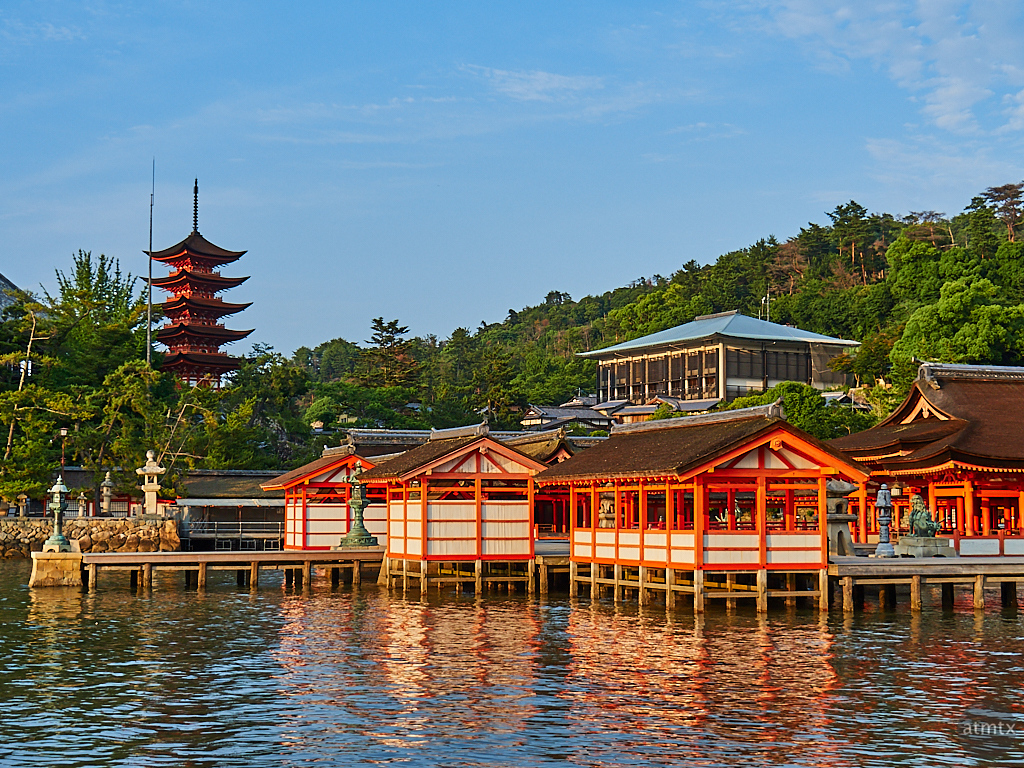 I explored long enough that the water nearly reached high tide. As you may recall, an earlier photo from this series showed only a trickle of water by the shrine.

As we approached sunset, the lanterns came alive.

I posted a bold, colorful version of this famous torii, but I like this photo better. I initially didn’t think much of this image, as it sat in my library — it was rather dark and lackluster. To my surprise, some post processing from Capture One really brought out its beauty. The shadows lifted nicely while the subtle colors of the sunset remained intact.

As the light levels fell and blue hour approached, I really had to rely on the in-body image stabilization on the Olympus. I shot both at 1/5 of a second. I didn’t bring a tripod, which would have made things easier. But, I rarely carry one anymore. I suppose if I did, I might have stayed longer.

However, I shot for nearly three hours and I was satisfied with my photographic “catch” for that day. I had managed to span just before golden hour, through sunset into blue hour. This was one of my more productive sessions. The photographic gods had bestowed their blessing and I was ready to take my photographic bounty back to Hiroshima, where I was going to spend the night.