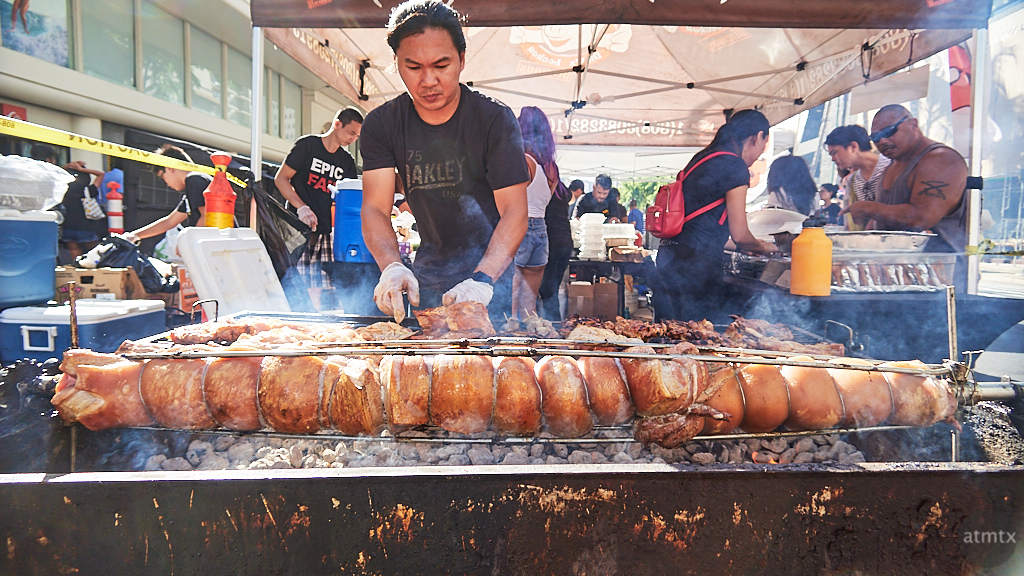 Just as we arrived in Waikiki Beach, a street Fair started on Kalakaua Avenue, the major street in the area. It was perfect timing. We were hungry from our flight to Hawaii and were ready for a late lunch. Probably, like most street fairs, there’s a mishmash of booths, but food stalls seemed to be the most ubiquitous. As expected, there quite a bit of difference in the food offerings between Texas and Hawaii.

Where there’s beef brisket and barbecue in Texas, smoked Kalua Pork is the meat of choice. I saw it prepared in different ways. Asian and Asian-fusion food was also popular, as well as garlic shrimp. We got a selection from a couple of vendors and ate back at the hotel. 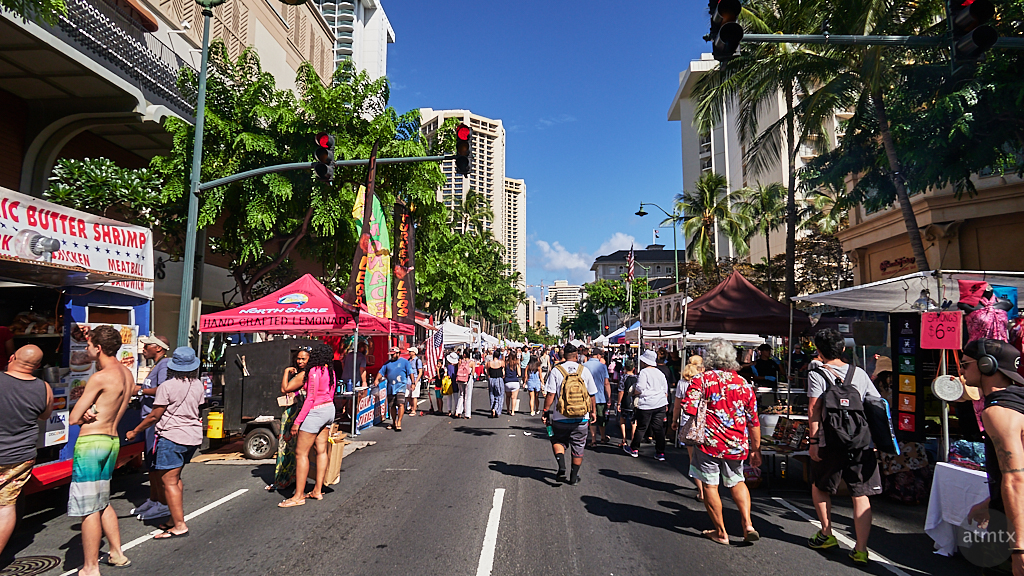 Ambling down a usually car choked street was a change of pace and a way to see Waikiki from a different perspective.

Gyozilla wins the award for branding and the best pun. It’s a play on Gyoza and Godzilla. Gyoza is the Japanese name for pot stickers. Of course, most people know Godzilla, another famous Japanese export. 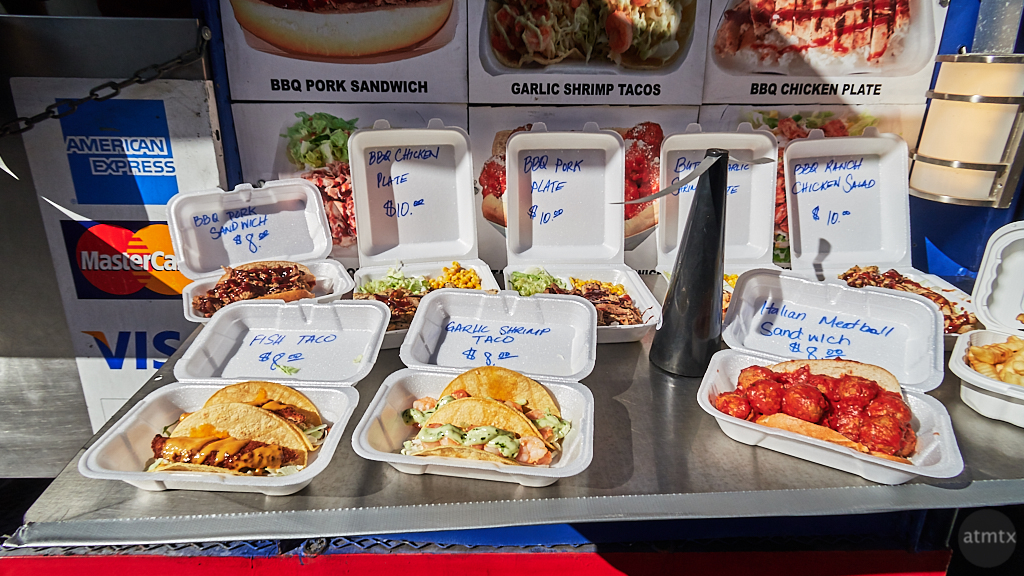 The street food is probably a little more expensive than in Texas but quite reasonable by Waikiki standards. The food, among other things, is expensive in Hawaii.

We bought a couple of dishes from here. Some smoked pork, of course, and guava smoked fried rice. I think this place had a Hawaiian and Filipino influence.

The street photography was fun and a change of pace from the typical beach and tourist photos that I was inevitably going to shoot. I used the Canon G7X Mark II shot in my wide-angle Cinematics style for this Photo Essay.

2 thoughts on “Photo Essay: A Street Fair on Kalakaua Avenue”