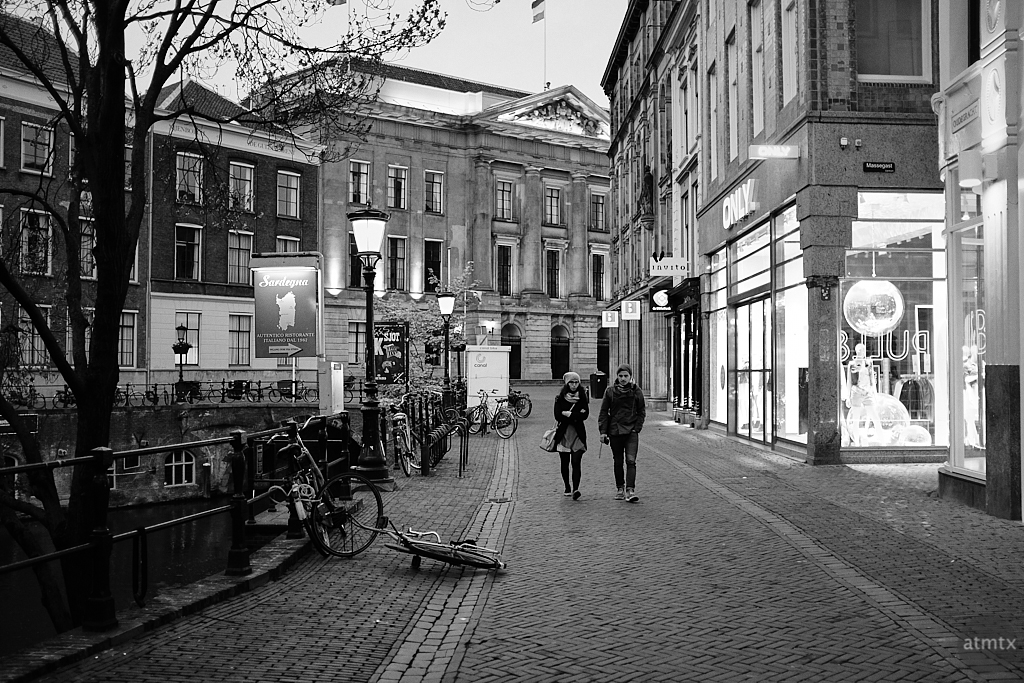 A Couple at Dusk – Utrecht, Netherlands

From what I can tell, this is a popular tourist area in Utrecht with loads of people during the day. At dusk however, it became rather quiet, catching this couple alone on the street. The lights just turned on but it was bright enough that the colors were rather boring. The post processed monochrome treatment created a more interesting picture.

I feature a lot of black and whites these days, but back in 2014, I created less of them, especially shot with the Fujifilm X100S. Back then, with my various cameras, I shot in color, either in JPEG or RAW, and converted to monochrome in post. It wasn’t until the Pentax Q7, and now the Olympus PEN-F, where I extensively use in-camera black and white JPEGs.

I wasn’t too fond of the X100S black and white mode, either. It didn’t have enough contrast and bite to them. The current X100F has the Acros film simulation which looks a lot better. Luckily, my black and white post processing skills in Capture One have improved. In this photo, I’ve added vignetting and simulated film grain to produce what I call a “Film-ish” photograph — a digital that apes the look of film.

8 thoughts on “A Couple at Dusk”