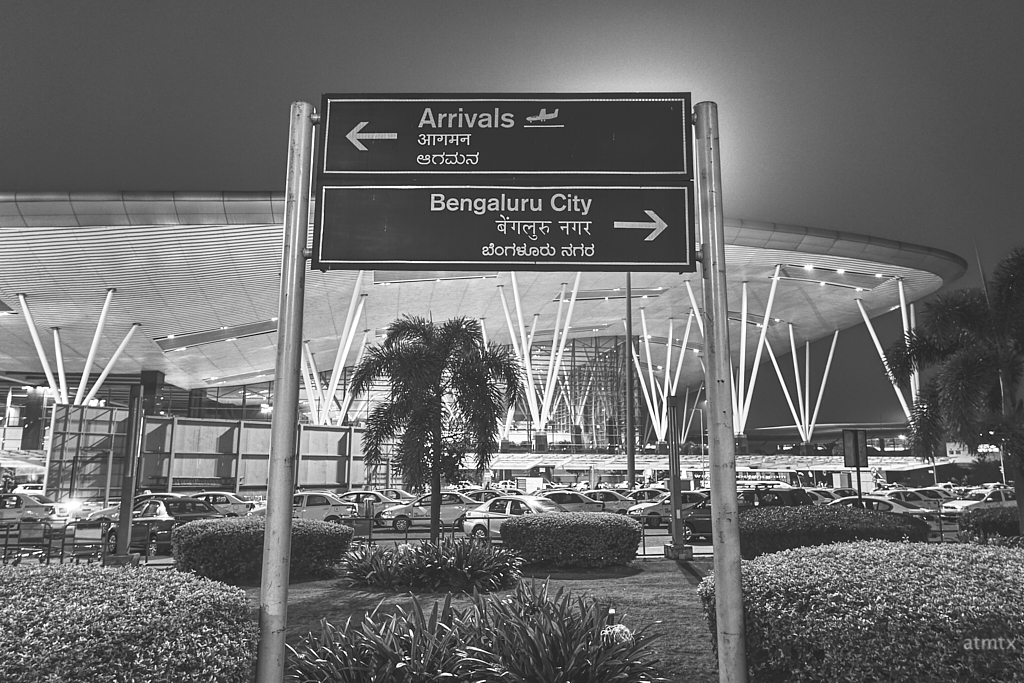 I arrived in Bangalore, India past 5am and after customs, immigration and exchanging money, I met my driver closer to 6am. Having a driver in India is customary for many foreign visitors. It makes a lot of sense and it’s not very expensive. I shot this picture as the driver was getting his car. A Toyota Innova, a three row minivan very common in India but not sold in the United States or in Japan.

This is Bangalore’s Kempegowda International Airport. Fully modern and with stylish architecture, it was built ten years ago. It’s a true international airport, unlike Austin, with flights arriving from everywhere at all hours of the day. Bangalore is the world’s Information Technology hub and is also India’s Silicon Valley. The airport, as well as all the stores and restaurants, are open 24 hours a day. Officially, Bangalore, which is the old British name for the city, has been changed to Bengaluru.

I see this airport as yet another metaphor for our busy 24 hour connected world. Though I write most of my blog posts every night, usually from Austin, Texas, I have a large international audience. On most days, half of my views come from outside the United States. During this recent two-week trip, in order to have an uninterrupted flow of daily posts, I wrote a bunch before the start of the trip. As I travelled the world, my blog posts published automatically at predetermined times.

Daily posts become a real challenge during my travels, but I didn’t want to break my 2 1/2 year one-a-day posting streak. As I moved from the U.S. to the U.K., India and Singapore, my audience didn’t know where I was or that I even left Austin. Even with this humble blog, I’ve realized that we’ve become a truly timeless and placeless worldwide community.