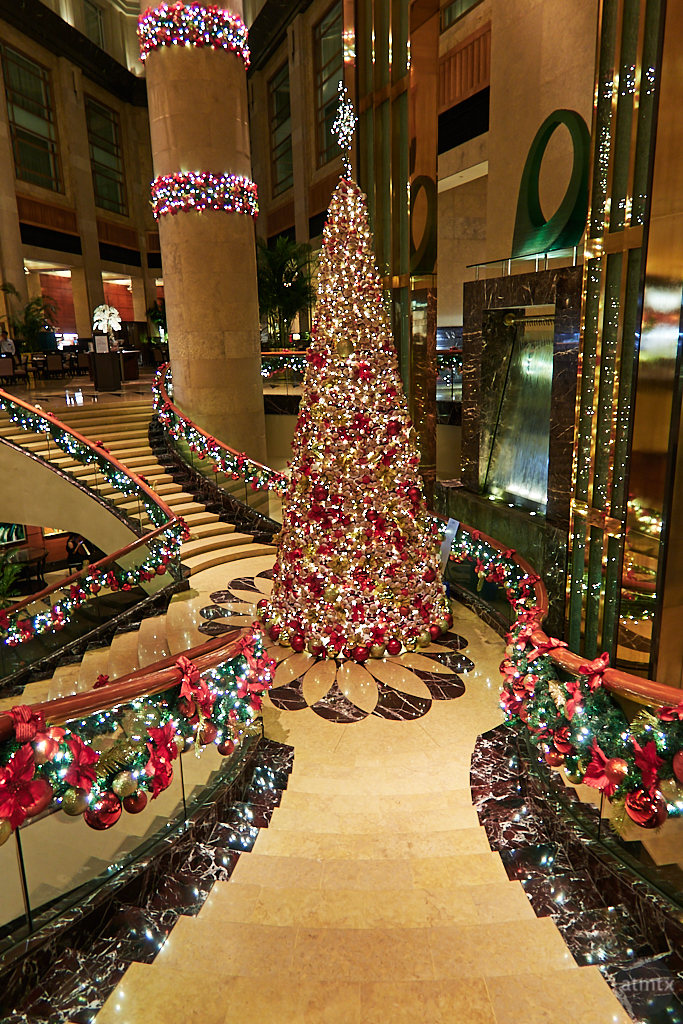 For the blog coverage of my recent Asia trip, I wanted to go chronologically through my photographs and stories. For this special day, however, I decided to jump ahead and showcase all the Christmas Trees that I captured during the entire journey. They are from airports, hotels and shops throughout the world.

I had a great time during this two-week business trip, but one downside was that I missed five Christmas/Holiday events in Austin. Perhaps, this was a way for me to capture the spirit as I travelled.

I’m featuring my favorite, up top, shot at the old-world and grand Fullerton Hotel in Singapore. I didn’t stay there but passed through as I explored downtown. The rest of the photos are laid out chronologically.

I started in Austin, Texas, of course. Shot at the local airport at night.

This was the most unusual and playful Christmas Tree, made of green beer bottles. It fit the image of the hip Aloft Hotel that I stayed in Bangalore, India.

I had the option of staying at the JW Marriott, but decided on the ITC Gardenia, close by. Unfortunately, the Gardenia was just setting up their tree as I left, so no pictures from there. The hotel, however, is excellent. I prefer the look of the ITC Gardenia over the JW.

The airport in Singapore is an amazing place. It was voted the top airport in the world for something like the last five years. Unfortunately, I’m not fond of this photo, shot in really tough backlit conditions. Too bad it wasn’t at night, where I could of shot it better.

In Singapore, I stayed at the Grand Hyatt near Orchard Road.

Scotts Square is one of many high-end malls located around Scotts and Orchard Roads. It is close to the Grand Hyatt. I walked around at night shooting fancy and glittering stores in the area.

There is also a giant high-end mall by the bay in downtown Singapore. It’s next to the world-famous Marina Bay Sands Hotel and Casino that features a bar and infinity pool at the very top that connects the three hotel towers.

I actually flew back to Bangalore for one night, from Singapore, before heading back to the United States. It was significantly less expensive to do two round trips (U.S. — India and India — Singapore) instead of flying around the world. The Taj Bangalore is located within walking distance of the Bangalore Airport. 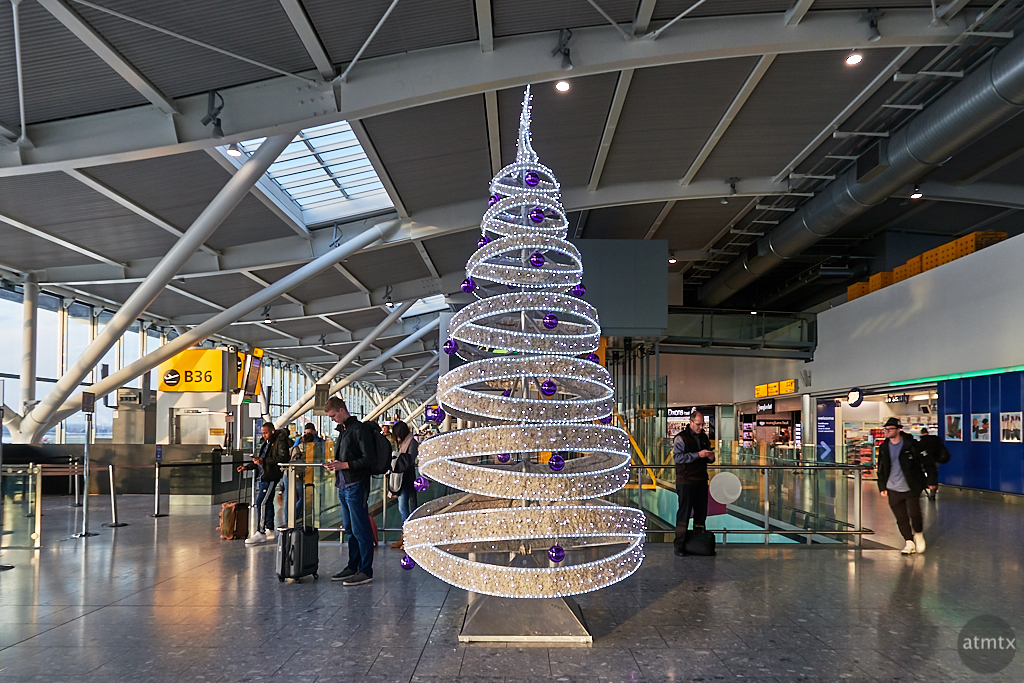 Finally we have a very minimalist and understated (very British) tree from Heathrow Airport. I shot this on my way back from India.

I also passed through Chicago’s O’Hare Airport, which featured festive decorations, which I also shot, but they technically weren’t Christmas Trees, so it didn’t make this list.

3 thoughts on “Photo Essay: Christmas Trees From Around the World”