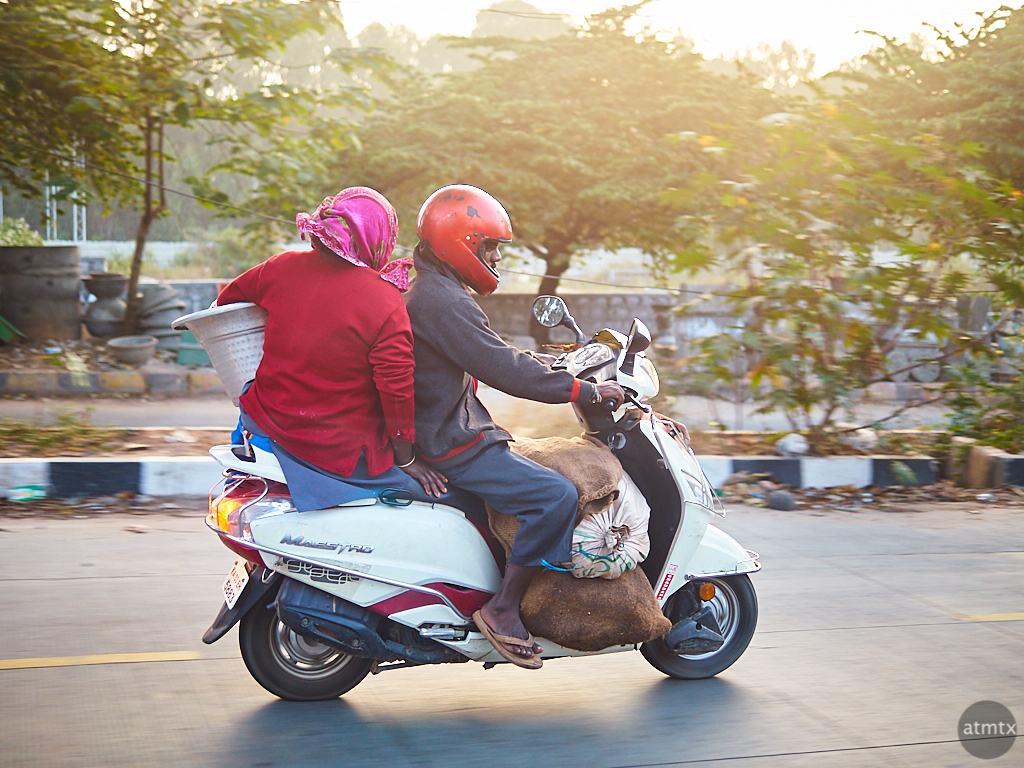 Lane lines, if painted, are merely suggestions, often ignored. The constant honking and all manner of vehicular variety makes traveling the roads fascinating, if not at times, scary. Welcome to the world of road transportation in India. Though I didn’t see any camel carts like I did six years ago, observing and shooting life out the car window was one of my favorite activities.

I later found out that Ari, my driver, was taking it easy on me. At least in the beginning. My first ride from the airport seemed rather slow, often being passed by cars. Only later did I realize that he was trying not to scare me in the first hours of my arrival in Bangalore. Towards the end of the week, after adjusting to the new normal, he exhibited more spirited driving.

This couple on scooter is typical and far from the most egregious. Women often ride side-saddle behind the man, also on motorcycles. The first child is often placed between the couple, which may offer some minor bit of protection. I then see the next child ride in front of the man, on his lap, holding the handlebars. So a two-wheeled vehicle can easily transport three and sometimes four people.

The only consolation is the slower speeds compared to the highways in the United States. As rider in a minivan, life seems relatively safe. My hair-raising experiences more often involve watching others ride instead of actual danger to myself.