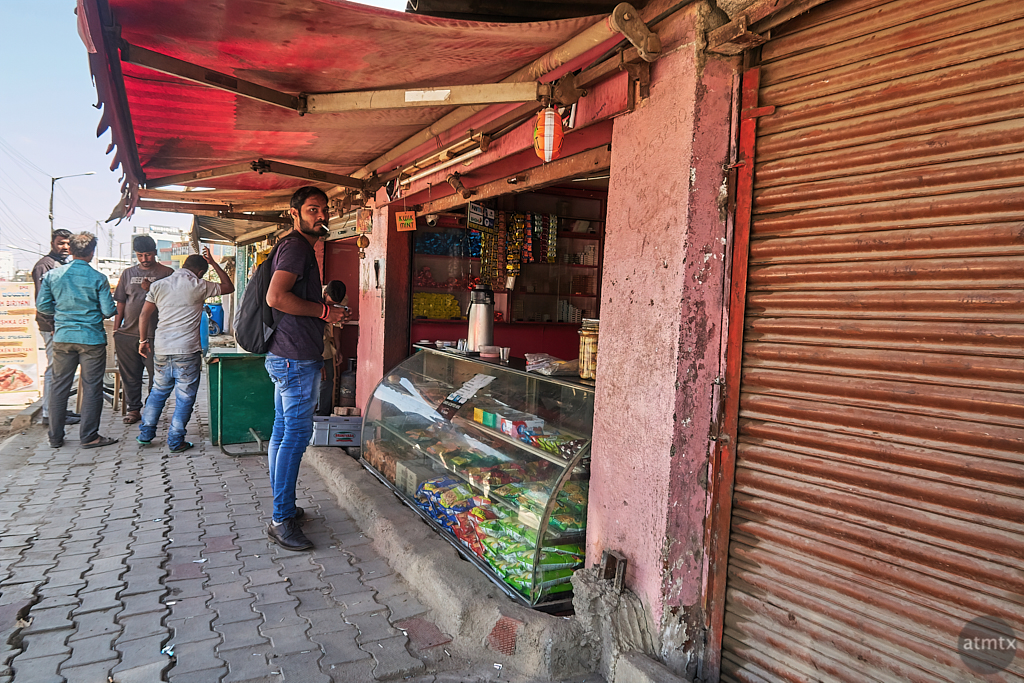 Shops on the Street – Bangalore, India

Despite traveling for some 24 hours, I wasn’t tired. I’m sure the excitement of arriving in India played a part. I was looking forward to leaving the confines of the safe and boring industrial park bubble, where my hotel was located. I didn’t know what to expect, so I just brought my compact Canon G7X Mark II. The bigger bag and the two Olympus cameras would wait until later that day. 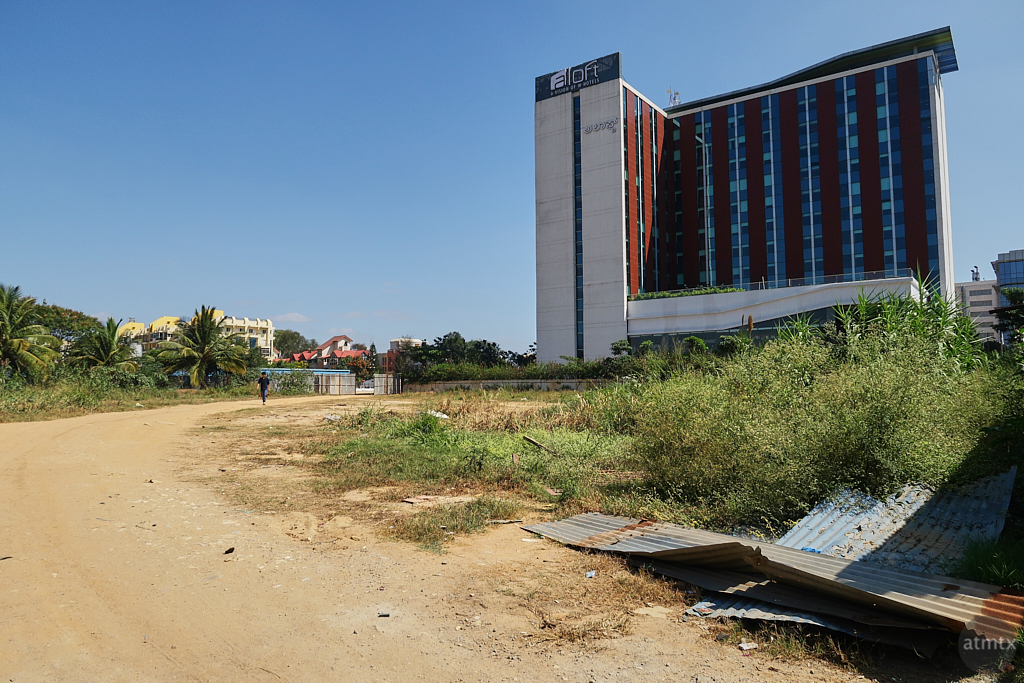 On the side of the Aloft, away from the hotel entrance and offices laid an open lot, ripe for development. I noticed some shacks that looked lived in. I was unsure and didn’t get any closer to investigate. 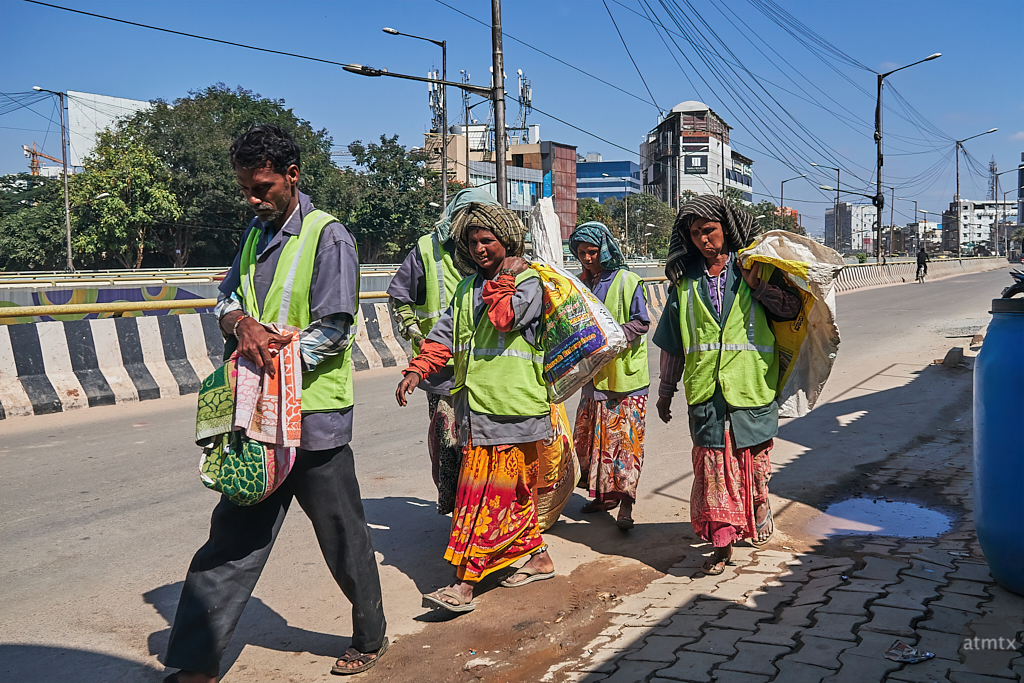 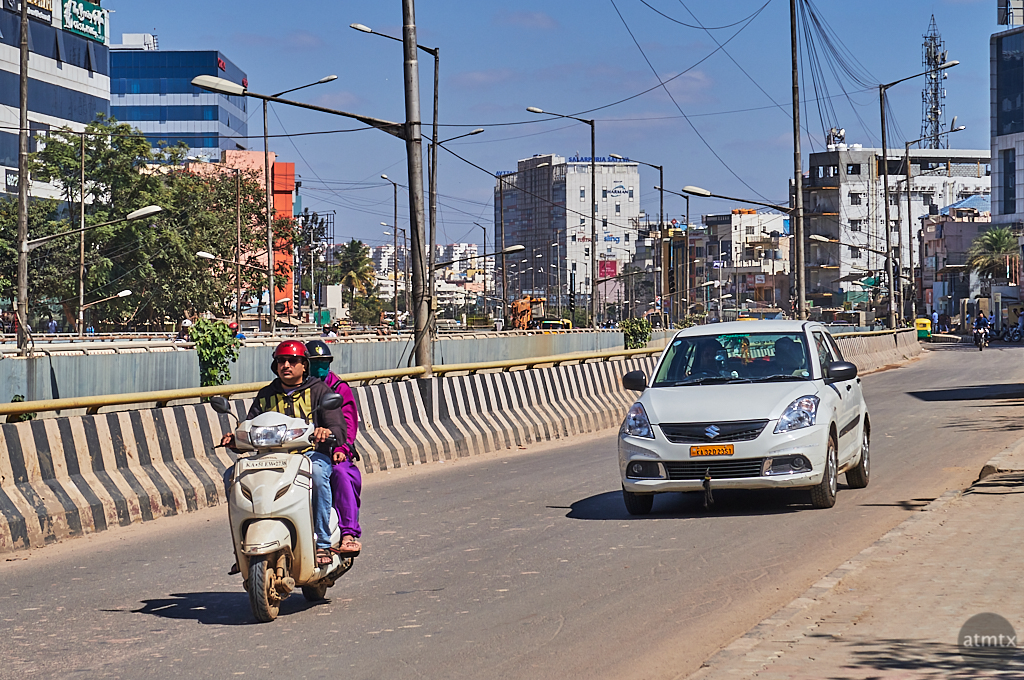 The industrial park is located on the outer ring road that circles Bangalore. Equivalent to the suburbs in the United States. But unlike the States, there is a density and a mix of the local roads and highways. Part of the ring road are typical highways, similar to other developed countries. However, abruptly, highways turn into bumpy and narrow local roads, as if the ring is still incomplete.

This area is somewhere in the middle. There were faster divided lanes and slower roads right next to small mom and pop shops. It’s clearly a major road, but with a very different development pattern from the West. While smooth sailing this Sunday morning, the work week brought nearly constant bumper to bumper traffic. 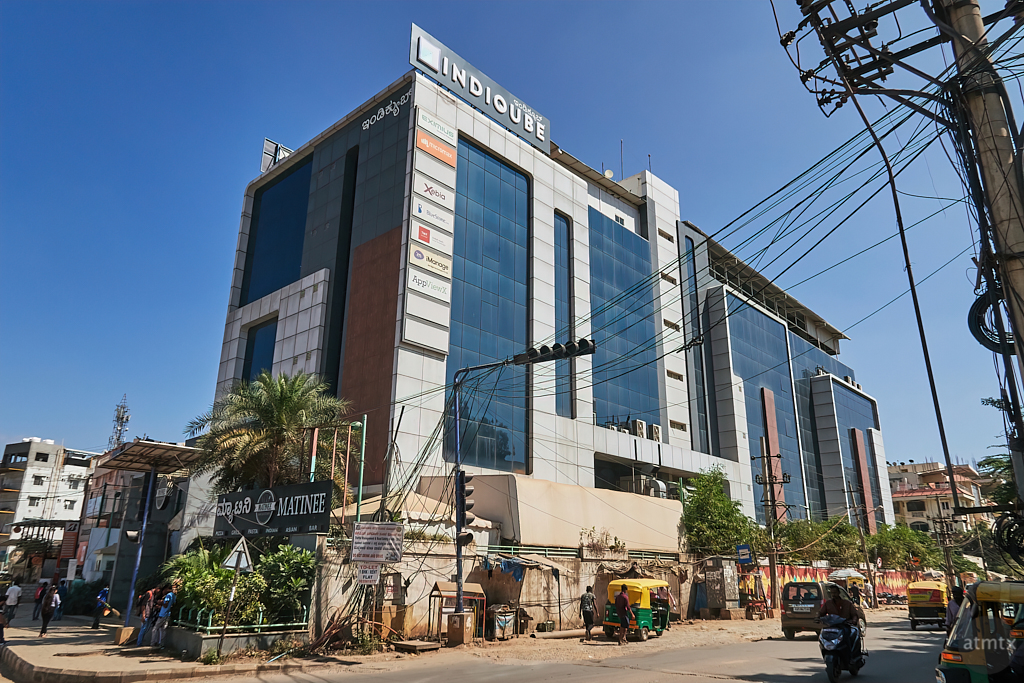 This modern building clearly illustrates the typical development I saw in this area. With the impact of all the Information Technology businesses, Bangalore is rapidly expanding. There are new buildings everywhere. But, they are a hodgepodge. Old and new mixed with the clutter of old infrastructure. Other than the larger industrial parks, there doesn’t seem to be much continuity. Surrounding this new building are stalls and shacks selling the necessities of life.

What I haven’t mentioned is the air pollution that I noticed immediately as I left the airport. The terrible traffic and diesel cars create smog, but it seems worse than that. I also smelled smoke as if from burning wood. These pollutants blanket everything and adds a layer of dinginess. Clearly this is a new building but the dirt that covers the facade makes it look prematurely old.

On the positive side, photographically, all of these shabby details adds a patina of interest. The suburbs in America, by comparison, look almost too pristine and definitely less interesting.

One thought on “Leaving the Industrial Park Bubble”