India has the 2nd largest population after China. Not surprisingly, you see people, everywhere. There’s the traffic, of course. But more interestingly, on the street, there are numerous pedestrians going about their daily lives. It makes for wonderful street photography. I’m particularly impressed with the level of enterprising small businesses. I’m sure much of it is due to necessity but perhaps the Indians are entrepreneurs, good at finding unfulfilled niches.

There are multiple levels of business, I’ve noticed. From the large, often in new fancy buildings, to the smaller traditional stores to the stands and shacks that spring up on the corner. I was particularly drawn to the smaller places because you don’t often see these in the United States. I made these photographs within close walking distance from the industrial park, which I captured on my one hour walk.

There is a level of energy and vibrancy you don’t see in America. Partially, because in the U.S., in the suburbs, you don’t see any people on the street — just cars transporting people anonymously. It never felt dangerous, though very obviously, I was the only tourist and foreigner around. Crossing a major intersection on foot was the most challenging and slightly scary thing I did. But, I followed the lead of local pedestrians. 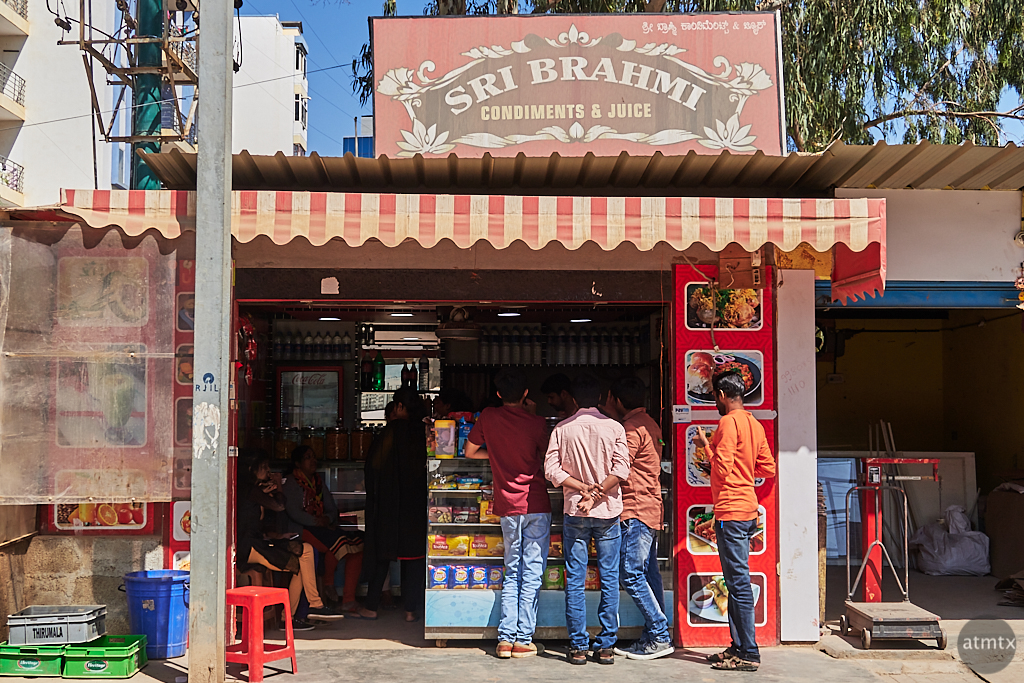 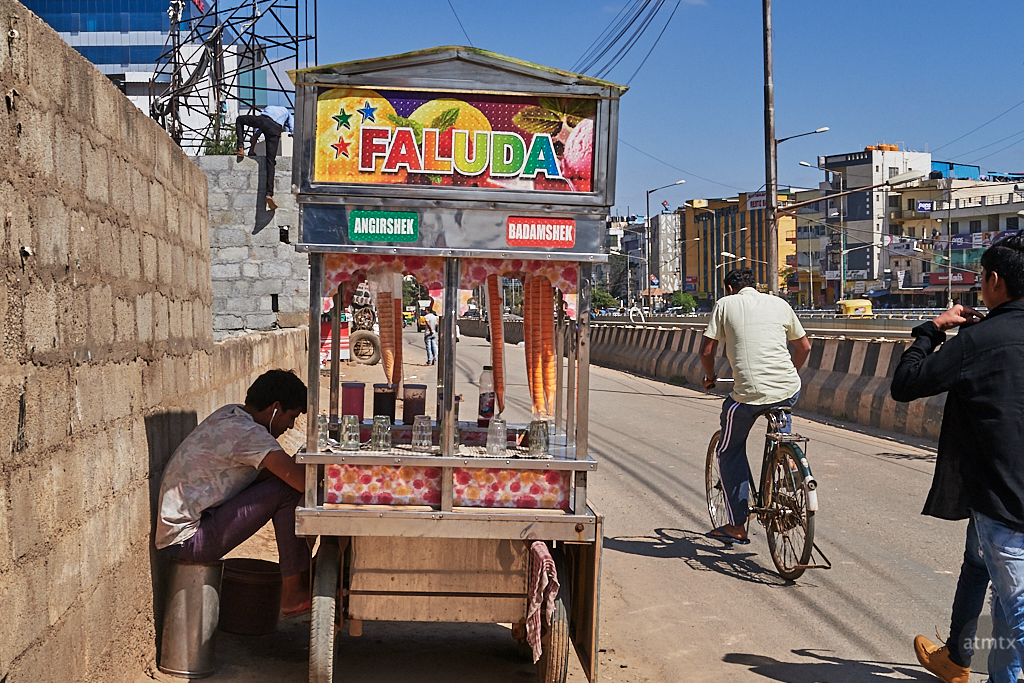 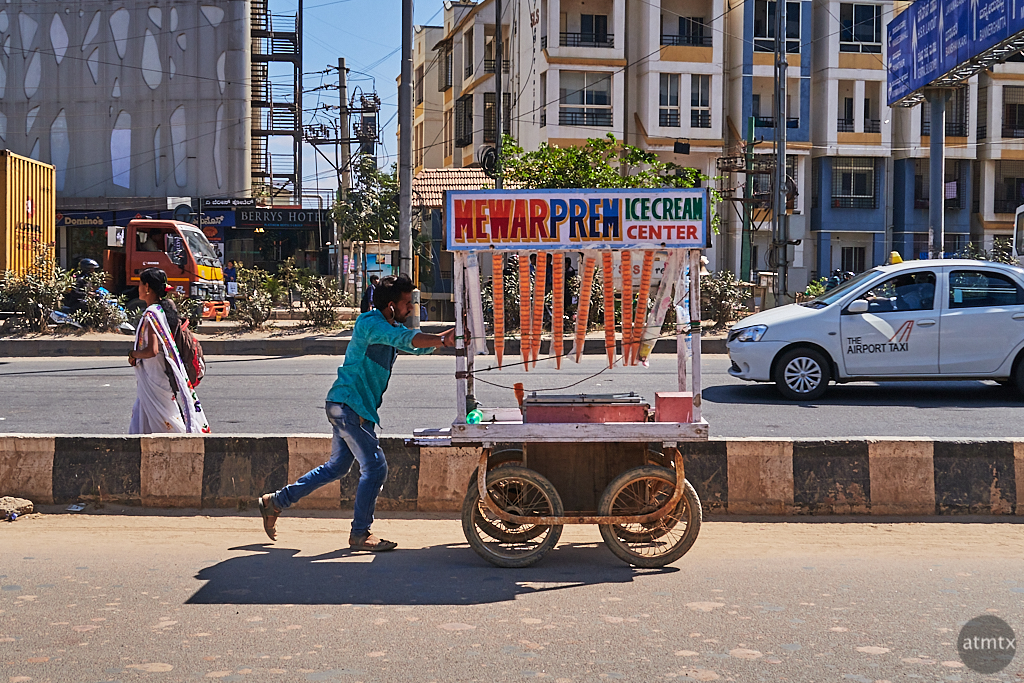