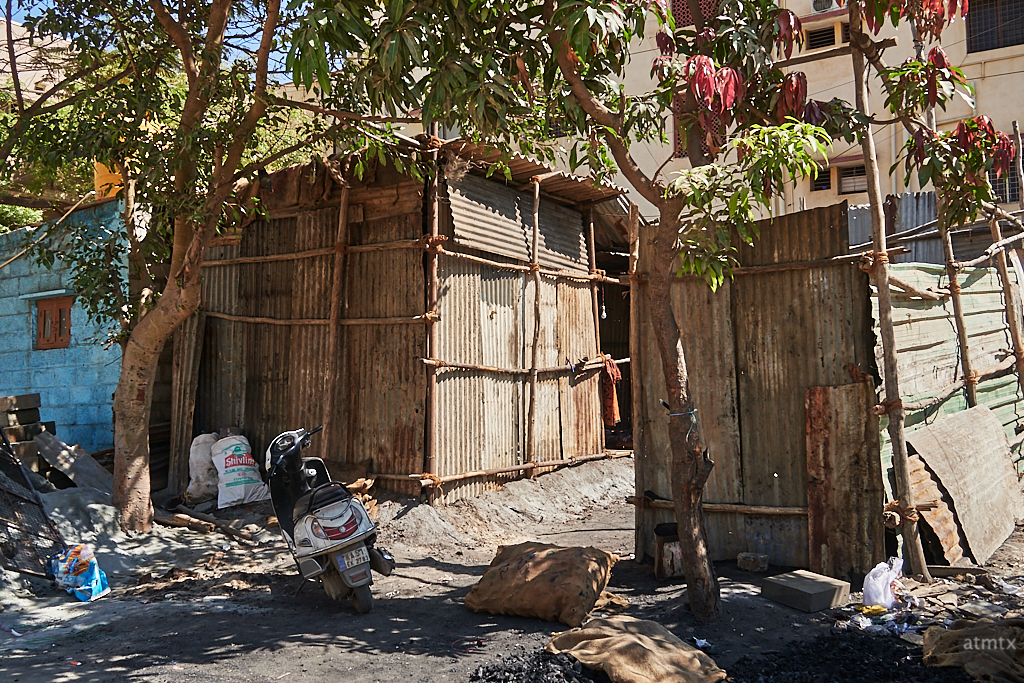 With only a week in Bangalore, obviously, I’m not qualified to make definitive statements about the city or India. I’m merely making my initial observations through pictures and prose. After walking for an hour around my hotel, I found a vibrant neighborhood with extremes. There are modern office towers housing tech workers, often surrounded by one person stores and stalls, which form satellites of support services.

Then, you have something like this. A shack of some kind. I don’t know if anyone lives there or if it’s used for industrial purposes. During my short walk, I notice a few of these, but no obvious neighborhoods of disenfranchised people. A quick Google search reveals, slums do exist in India and even in tech-heavy Bangalore. But, in my short stay, I didn’t encounter any.

Instead, what kept my visual interest is the amazing mix of old and new. The sleek and decrepit. Just a hundred yards away, on the same street as the shack, you have this modern glass tower. In the United States and other developed countries, you see less contrast. A visual harmony that maybe more settling for most but arguably less interesting, photographically. 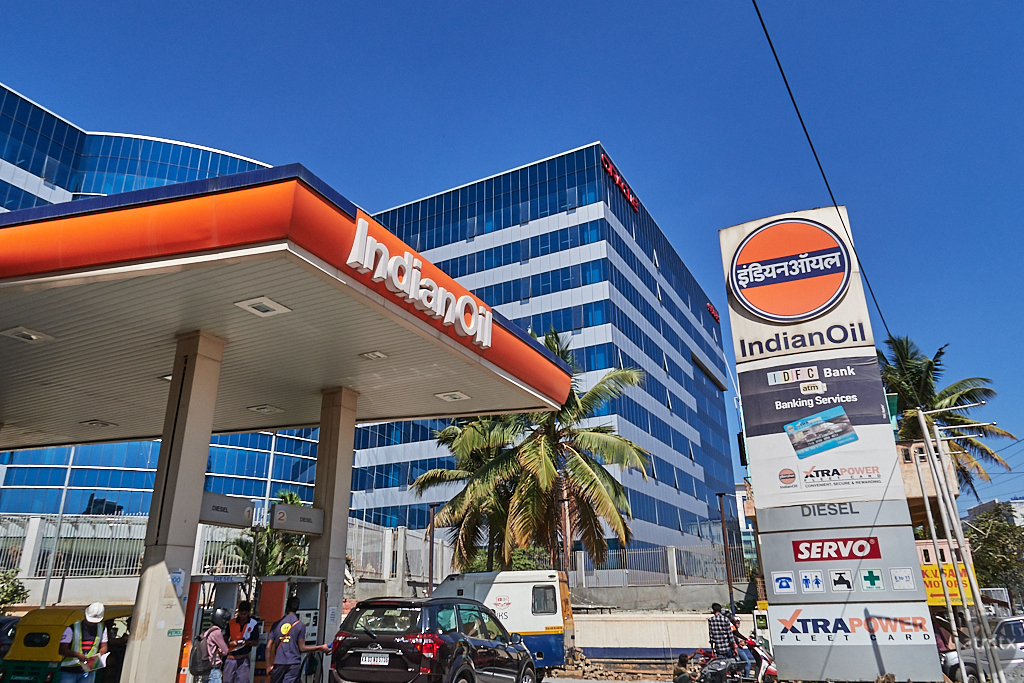 Finally, a scene that looks at home in California or Texas. A gasoline station in front of a brand new multinational office. This is Oracle’s new office, still under construction but nearly finished. Being readied for software developers, most likely, working on Oracle’s database and enterprise software.

I think I’ll be exhausted from visual overload, if I lived there. Austin, while less crowded and decidedly less urban, it works well for me as a long-term place to live. The comparable quiet of my home city allows me to recharge, so that I can take short and intense jaunts to far away, visual places.