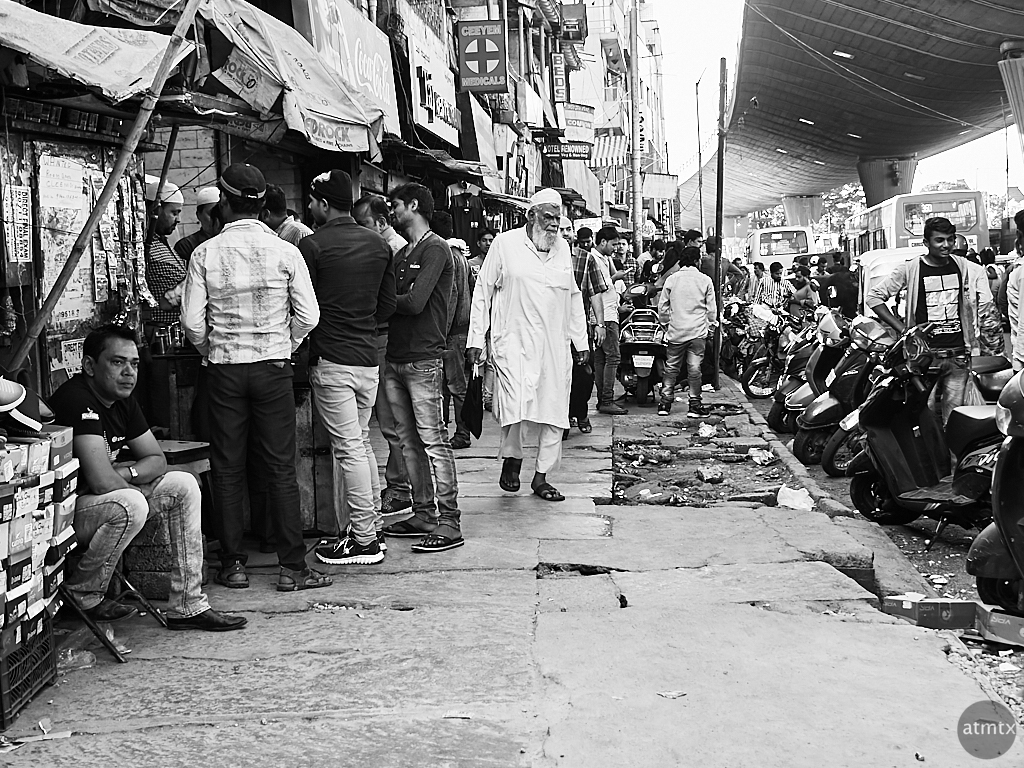 I have to admit that I experienced both exhilaration and nearly being overwhelmed, just after getting out of the car. The density, clutter and energy of the area near KR Market in Bangalore is unlike anything I’ve seen. It takes some time to adjust to a place, but I didn’t have that luxury. We were rushing to the center of the market and I was going along for the ride. We had an action packed agenda for photography.

It wasn’t just the crowds. There’s the broken sidewalks, the street vendors, the impossibly packed together stores and the constant sound of honking horns. It was sensory overload and ultimately, I loved it. It’s the opposite of a quiet and orderly U.S. suburb, in which I live. I wouldn’t switch my quiet life for this one, but for a short visit, it was glorious.

If anything, my stay was too short. Too much to see and photograph. I feel that if I had hours to explore, my senses would adjust to a heightened level of stimulus and conversely, I would be calmer, better able to make photos. But out of my frantic shooting on the streets, I managed to capture some images that I like. This is one of them.

From my research on the web, this man in white is most likely an Indian Muslim, though I’m not sure. Please correct me if I’m wrong. There is a surprising amount of ethic and religious variety in India. In Bangalore, the majority follow Hinduism but nearly 15% follow Islam and about 5% are Christian. There are people of all skin colors and unexpectedly, even people who look East Asian, who come from the extreme north-east part of India, which boarders China.

As we made our way to the KR Market on foot, I had one eye on my friend Pabish, so that I wouldn’t get lost. But my other eye was severely distracted by the myriad of photo opportunities. I don’t think it’s an exaggeration to say that a couple of blocks of this area has more details and photo worthy targets than entire downtowns of many American cities.

2 thoughts on “Man in White”