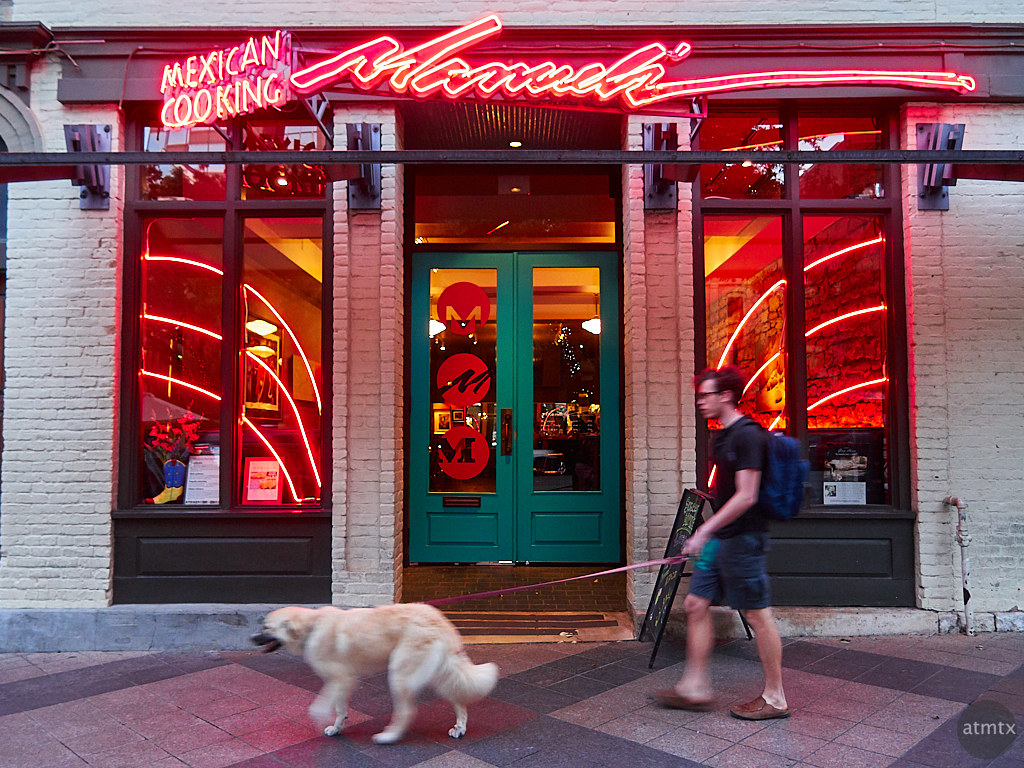 Congress Avenue is Austin’s main north-south downtown street, which leads to the Texas State Capitol. I got to it meandering about a mile from the Pfluger Pedestrian Bridge, where I started my solo photowalk testing the Olympus XZ-1. The light levels were dropping quickly. I was on track to hitting colorful 6th Street around blue hour.

It was nice to see Manuel’s still in business on Congress. A fancy but not outrageous Mexican Restaurant, they’ve been around before the growth and rejuvenation of downtown Austin. As I’ve mentioned often, I like neon, though it can be a challenge to capture red properly. Underexposing can help, which is generally a good idea on the XZ-1 anyway. The camera did an admirable job and just the right amount of motion blur with a 1/30 of a second shutter speed. 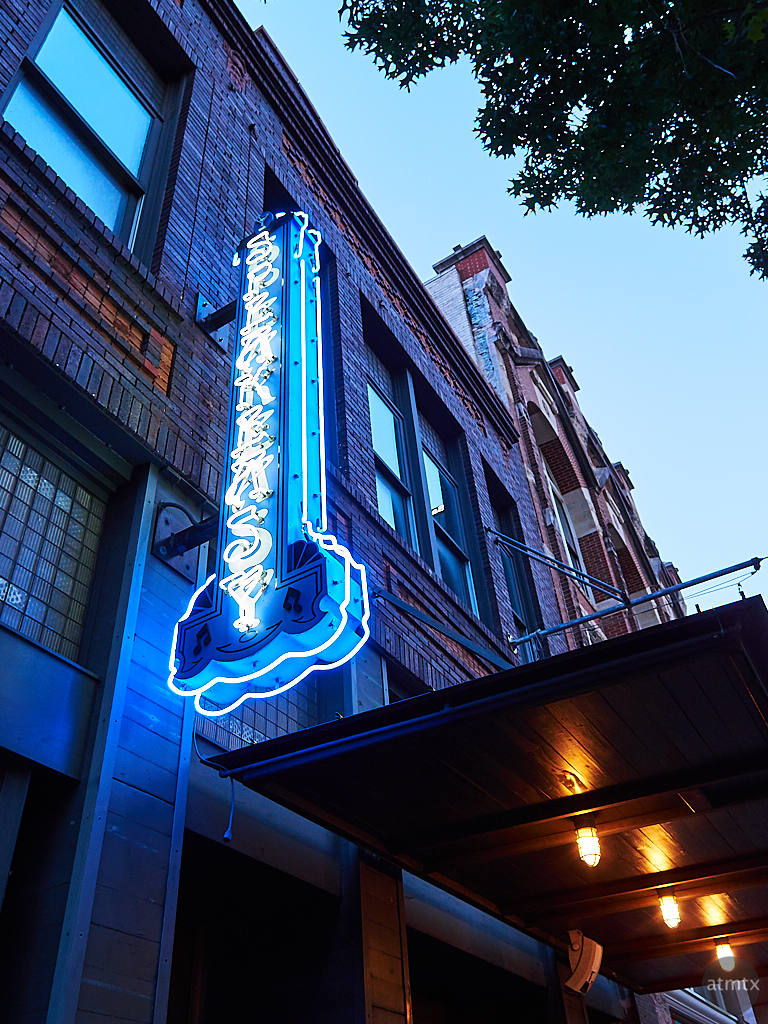 Like blue instead of red neon? I like the contrast of the cool blue to the warm incandescent lights. 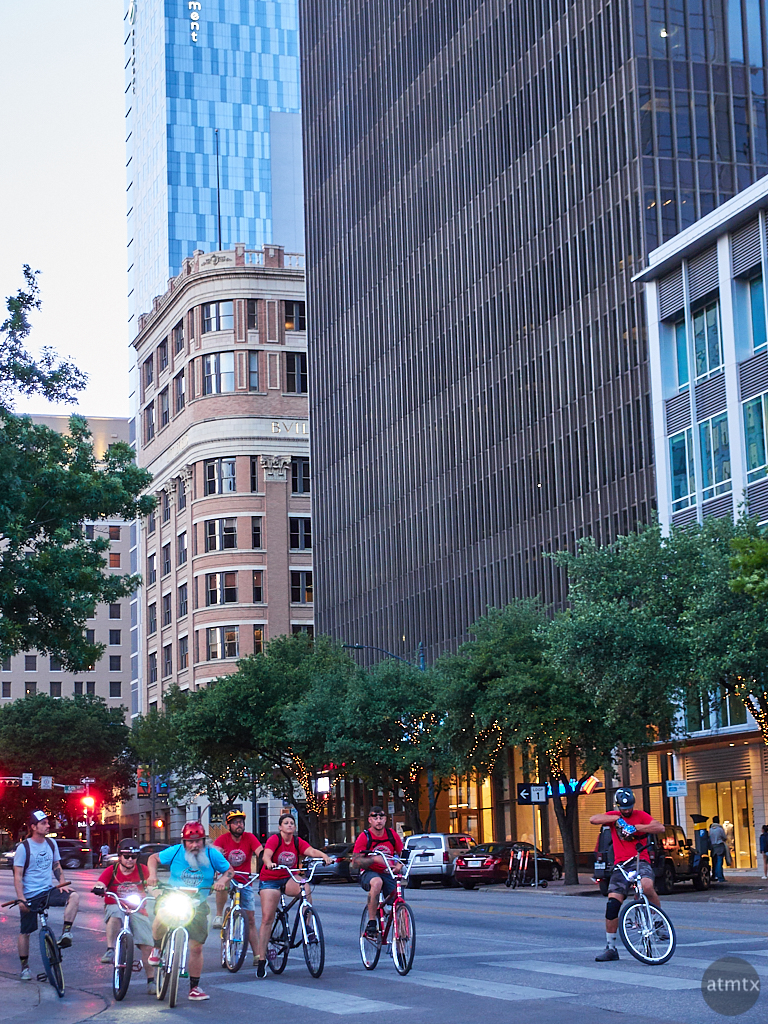 There’s always something a little out of kilter in downtown Austin, in a good way. I found this group of bicyclists amusing for some reason. It wasn’t too long ago that downtown Austin, even Congress Avenue, would’ve been completely dead shortly after the 5pm quitting time. Now, it’s remarkably active, even when SXSW is not in town.

A Mix of Facades

There’s a mix of architectural styles on Congress, from ornate to serious, to light and whimsical. The curved, red brick, Littlefield building is the only one that interests me, however. The rest look rather boring — efficient boxes built more to a budget than to impress. Even the beige InterContinental Stephen F. Austin Hotel, which features a nice lobby and a covered walkway is rather dull beyond the second floor.

When I first moved to Austin in the early ’90s, the hotel was not in business and boarded up. Hard to believe now.

A Slim Building for Rich People

Finally, here’s the Austonian, currently the second tallest building and home to the rich condo crowd. This is my favorite angle which shows its thinnest profile. The view down 2nd street (the last photo) is not nearly as slim and flattering.