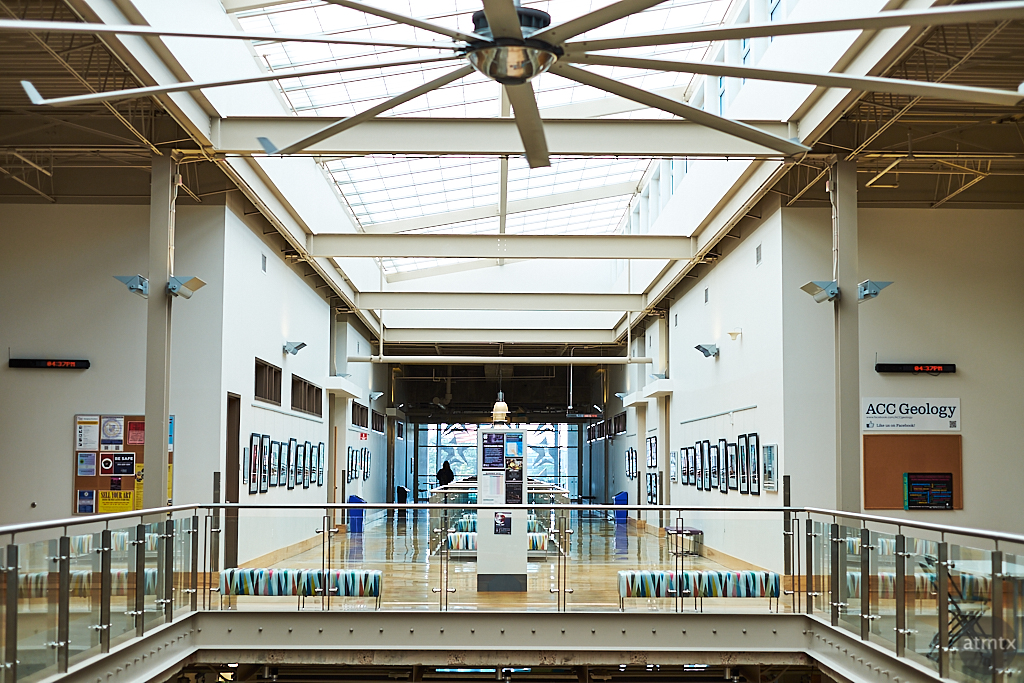 When I first moved to Austin, some 28 years ago, Highland Mall was a thriving establishment with multiple anchor department stores and hundreds of smaller stores. It was my mall of choice when I lived in north-east Austin. Built in 1971, it was Austin first suburban shopping mall. But, like many cities in the U.S., the older malls started to falter. One by one, as the big anchor stores closed, the traffic to the entire mall diminished.

I lost track of Highland Mall when I moved to north-west Austin. I started hearing about problems at Highland and in 2009 it made Yahoo’s list of “America’s Most Endangered Malls”. There were talks about demolishing it by 2010. Somewhere along the way, ACC (Austin Community College) bought the property and started a series of transformations.

It was last month when I finally got to visit the newly christened ACC Highland Campus, which has actually been open since 2014. I was there to visit the West Austin Studio tour’s information center. The information center wasn’t particularly interesting, but I was really taken by the internal architectural transformation of the building. 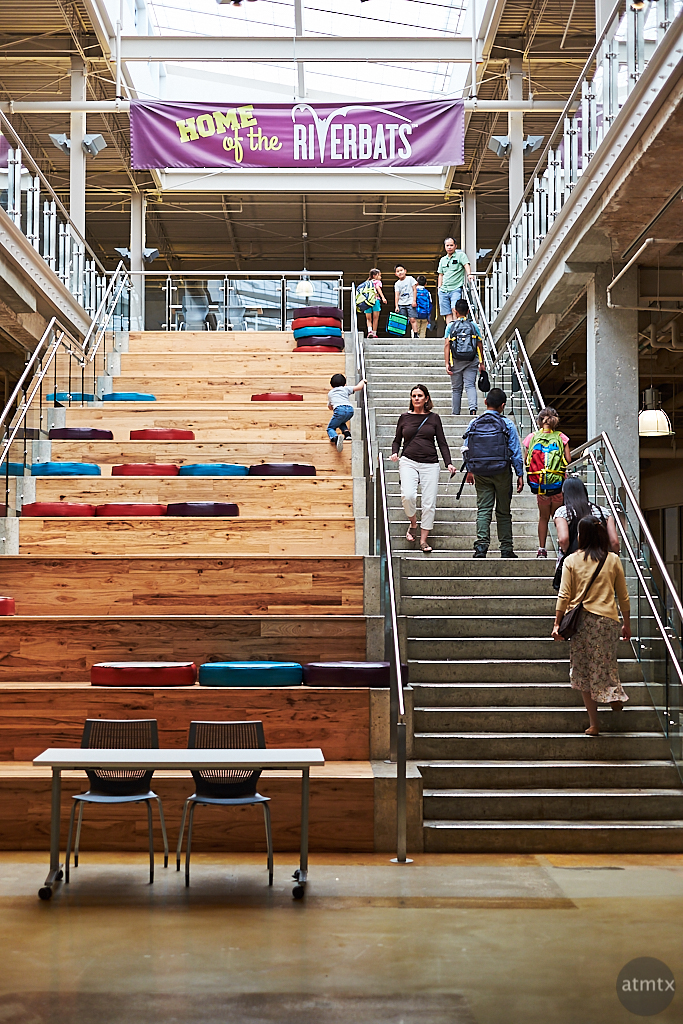 The light-filled space was modern, industrial and uplifting. The main staircase formed a focal point and connected the first and second floors in a flowing way. 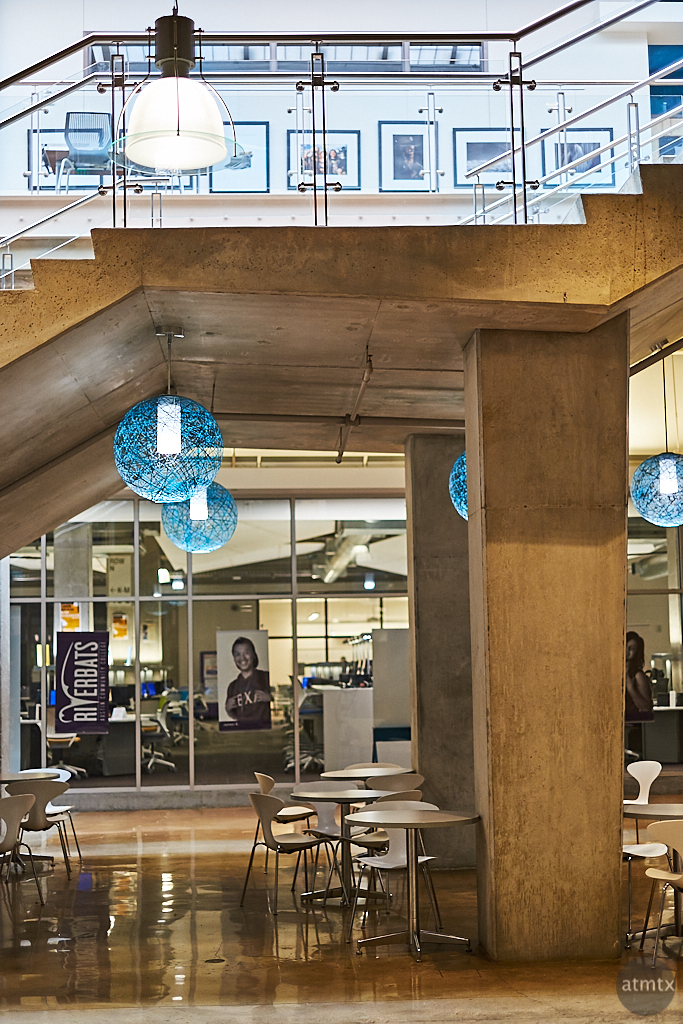 The space underneath the staircase formed a cozy sitting area with stylish lights. 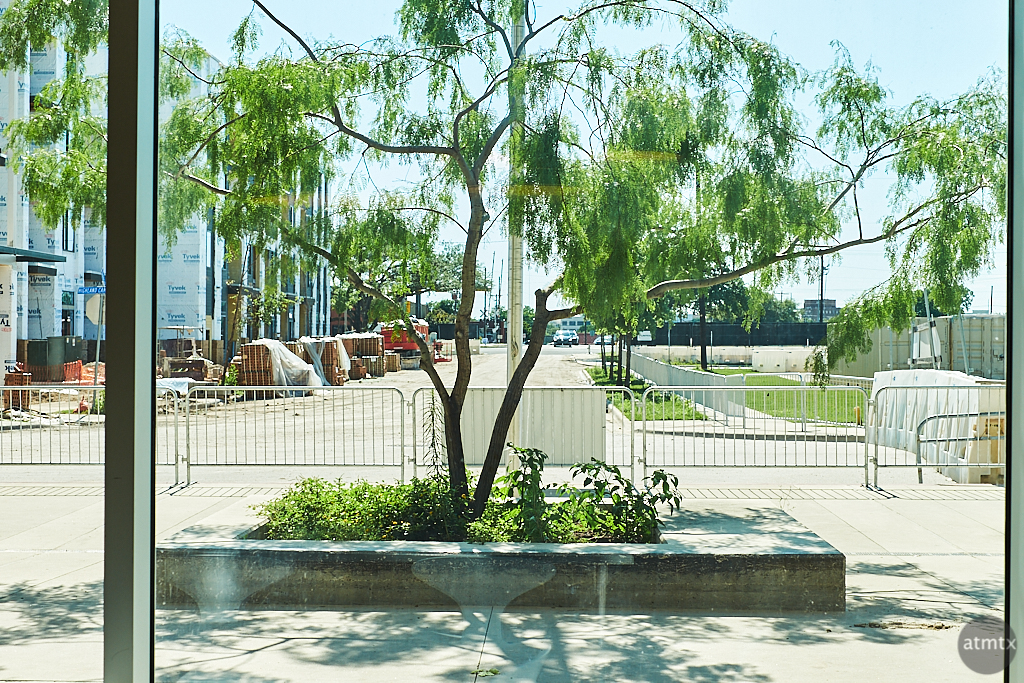 There are ambitious plans to not just renovate the mall but to infill the vast mall parking lot with new apartment buildings and office buildings.

This is the view out the main window and you might be able to make out the apartment construction on the left. Between the new buildings, streets and parks will create an urban space, increasing the density of this traditionally designed suburban development.

Across the street is Highland Station, a stop on Austin’s only commuter train line with access to downtown.

Simple modern seating acts as decorations. I like that there are many cutouts that you can see down to the first floor which also allows for lots of natural light.

There’s a very large technology center filled with computers on the first floor. The light is subdued in keeping with these kinds of places.

You can just make out the end of the building while I stood close to the front. The skylight runs through the center spine. The combination of glass, metal and simple white walls makes for a utilitarian space that doesn’t look cheap. It gives the impression of a forward-looking educational institution. One that serves the Austin community with relatively affordable prices.

I was really impressed with what ACC did with the space. I’m also looking forward to seeing how the entire community builds out over the next decade.