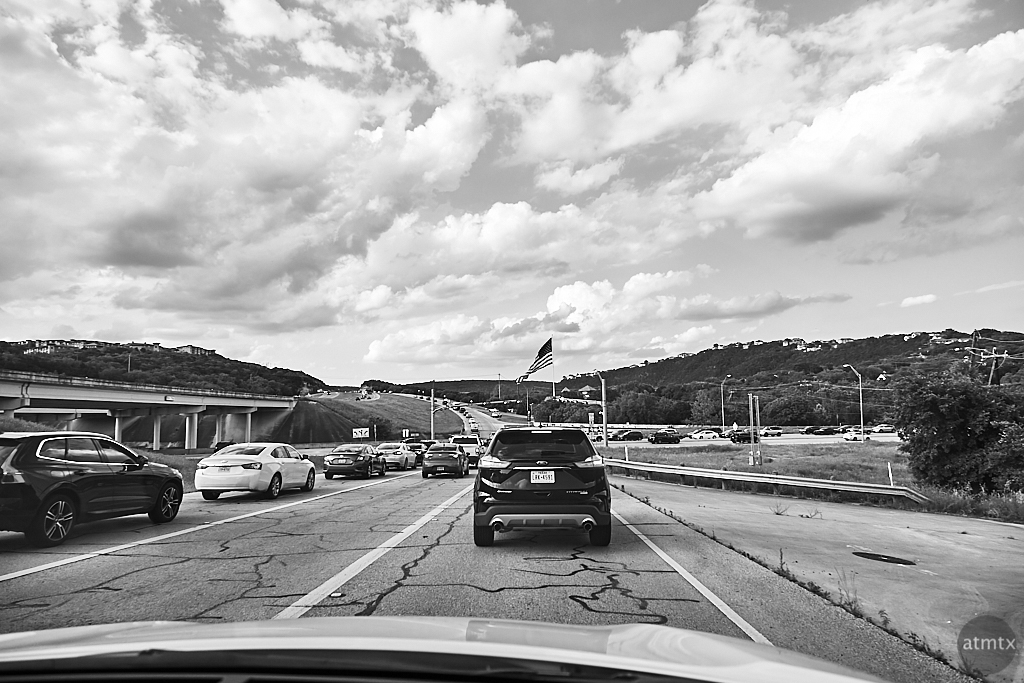 The great thing about having my wife drive is the opportunity for photography. I don’t shoot out the car often, but I frequently have a camera with me. I made a quick snapshot and liked it more than expected. Perhaps it’s the puffy clouds or that the hills add interest. Despite popular misconceptions, Texas is not all flat and the western side of Austin is part of the Texas Hill Country. And, though it may not look impressive from this vantage point, inexplicably there’s a giant U.S. Flag near the intersection of Loop 360 and FM 2222.

Austin roads can be a little strange, especially to the numerous people that continue to move here. There’s Loop 1, also known as Mopac, which basically runs straight north-south. Then there’s Loop 360, which is only half a loop. It’s a C shaped roadway running through the western part of Austin. I like its alternate name called the Capital of Texas Highway. Austin’s definition of loop seems to differ from mine.

With the explosive growth of Austin, rush hour continues to worsen and Loop 360 is on a list of the most congested roads in Texas. When I moved to Austin twenty-eight years ago, the rush “hour” was only 30 minutes long. It was such a non-factor that I drove any time of the day and never worried about traffic. 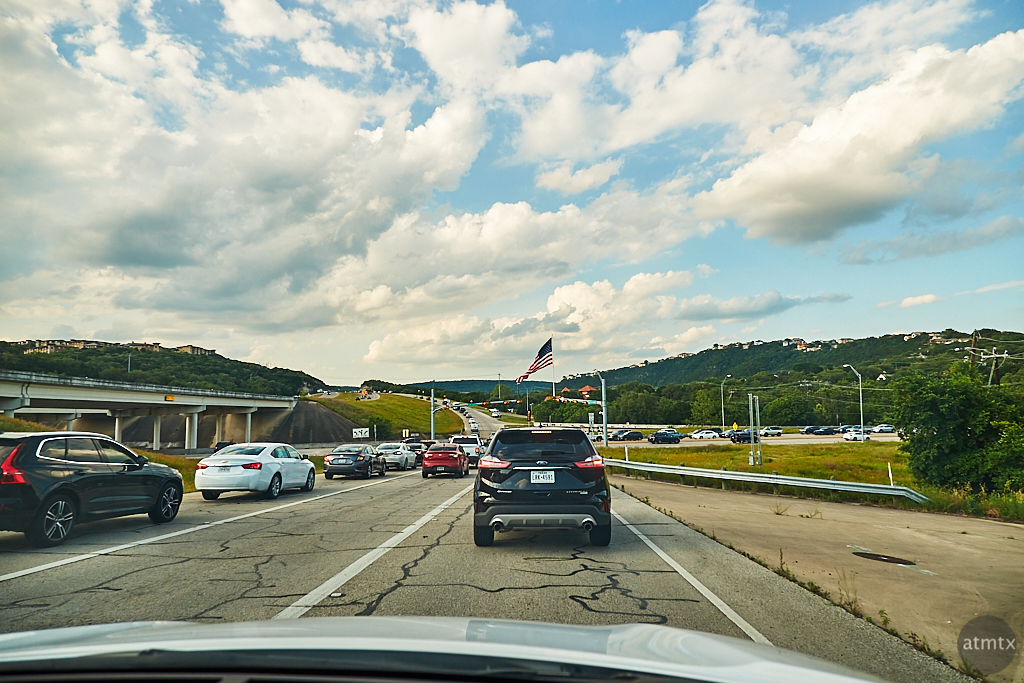 Though I prefer the black and white version a little more, I also like the color. The colorful U.S. Flag stands out better too. As always, click on the photographs to see a larger version.