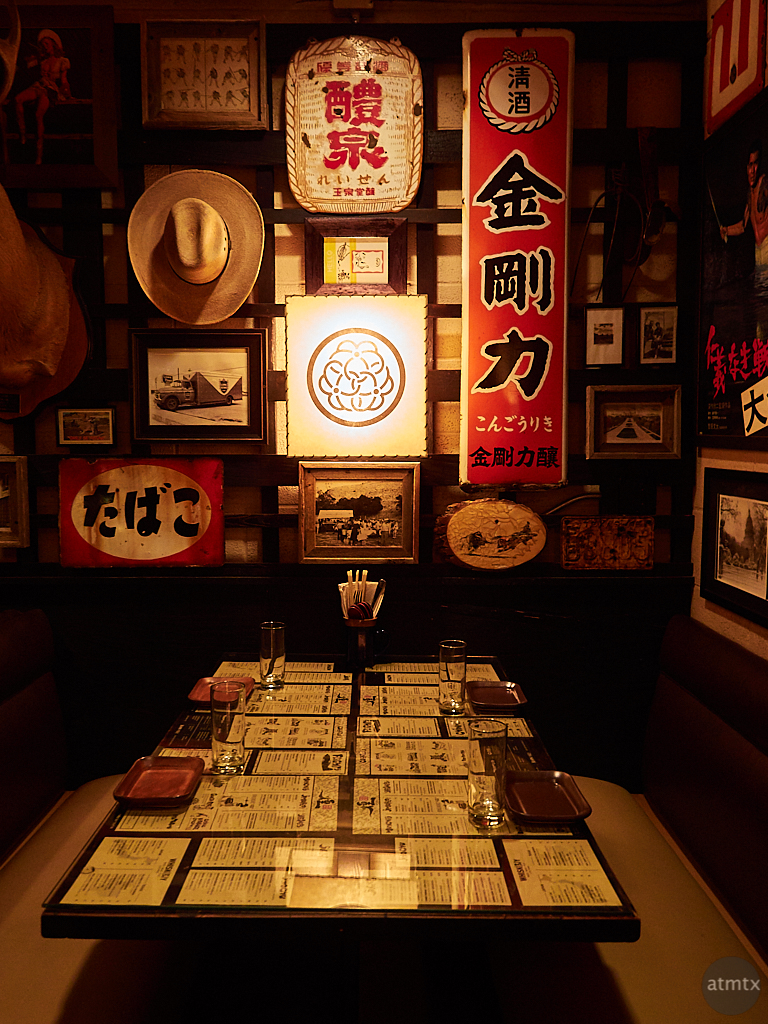 A couple of months ago I went to dinner with Jerry and Rosemary Sullivan, the founders of Precision Camera. Jerry suggested a Japanese restaurant on the east side. I wasn’t familiar with the one he suggested, but I agreed, open to trying something new. What I didn’t realize until later was how award winning it was, though it’s been around for two years now. Back in 2017, it won lots of top restaurant in America type awards from many places.

I don’t know how popular Japanese restaurants are in the rest of America, but in Austin, new ones are popping up all the time. First, you had the standard places with Sushi. Then maybe about ten-years-ago a wave of Ramen noodle places hit Austin. Now, more exotic, for America, varieties have opened. Kemuri Tatsuya is an Izakaya, a Japanese style tavern of sorts with drinks and small dishes with lots of variety. What makes this place even more unusual is its fusion of Japanese and Texas food. You get a hint of its cross-cultural nature from the decorations.

The restaurant was great, though it can get pricy. The Japanese food was tasty and the fusion with Texas brisket and other local specialties make it really interesting. The casual but trendy Austin places are more expensive than the standard fare in Japan these days, particularly Japanese food. But, driving to East Austin is certainly a lot cheaper than flying to Tokyo.

I really liked the interior decorations too. It’s dark and moody with loads of details to appreciate and linger over. A visual delight that really matches the eclectic nature of the food. I quickly shot this booth as I passed by. I was pleasantly surprised how well my photo turned out considering I was using my humble 2011 vintage Olympus XZ-1 point and shoot shot at 1/10th of a second. I think the great colors from the Olympus nicely captured the ambiance of the place.