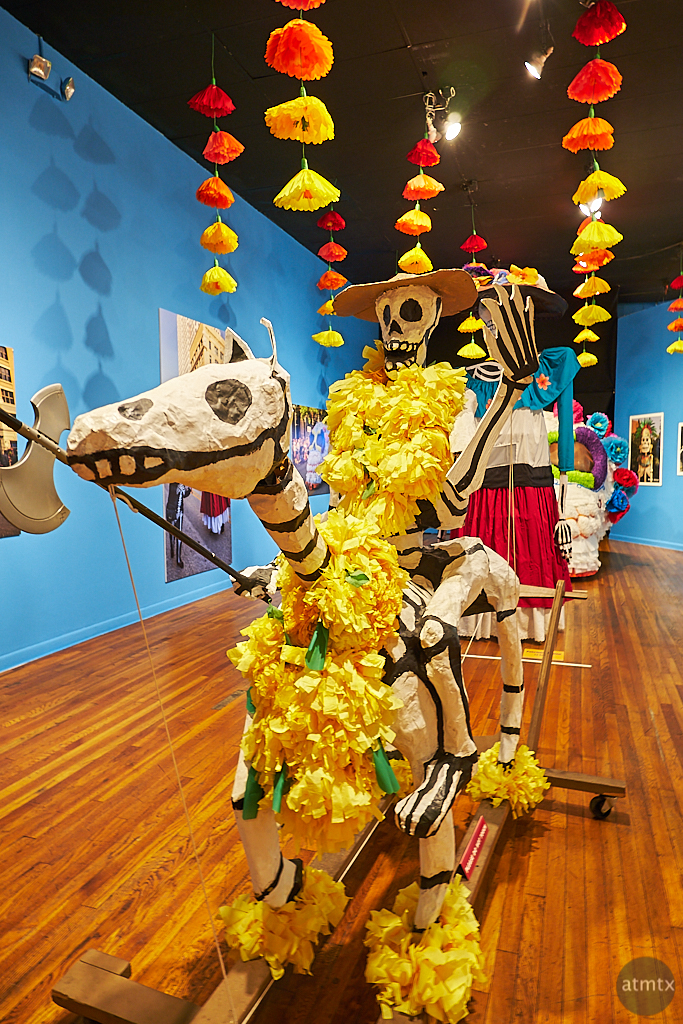 For my final post from The Mexic-Arte Museum, I feature Mojigangas again. Different paper mache sculptures from the first one. But, instead of just showing colorful photos, I wanted to demonstrate a photographic concept.

I often talk about the effect of compression when using a telephoto lens. You get the opposite effect, which I’ll call expansion, or wide-angle distortion when using a wide-angle lens. Take a look at both photographs, and you’ll see these effects in action.

I took the first photo at a 22.5mm equivalent exposure, which is very wide. Wide-angles exaggerate the distance from near to far. Notice how much deeper the room looks as the walls recede. Look at the distance between the horse’s and man’s head in the first sculpture. Now, look at the photo below. 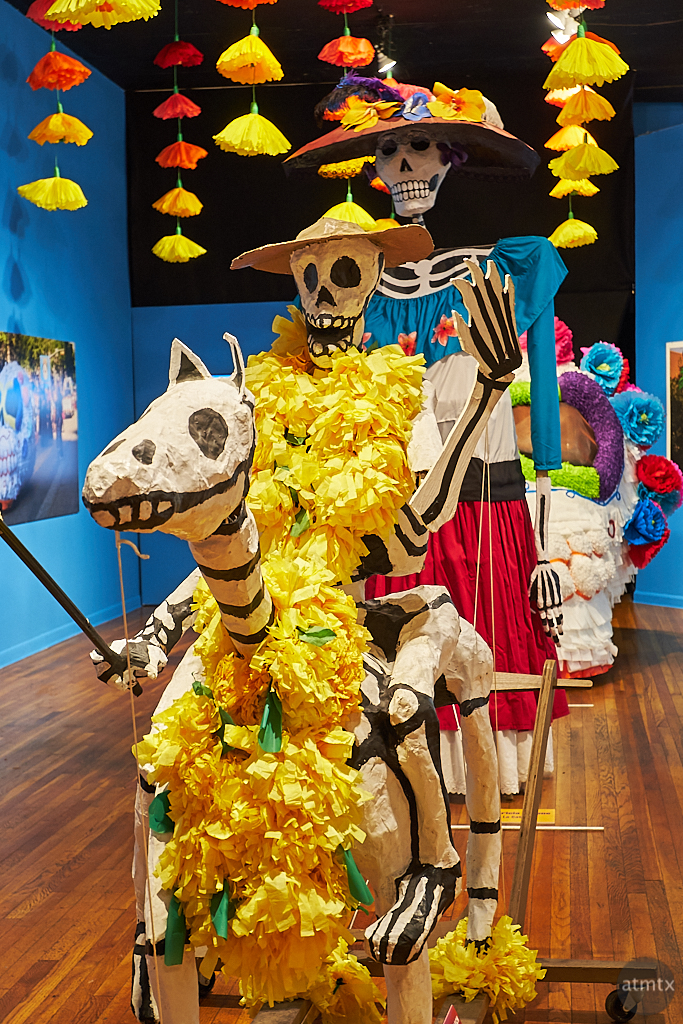 I made this photo at a 58mm equivalent. I used the same camera, the Fujifilm X-A2 with the Fuji 15-45mm zoom lens. You can see how the three Mojigangas looked stacked on top of each other, with very little space in between. The room also looks a lot smaller.

These are techniques photographers can use to distort the perspective of their photographs. It’s one of the many creative effects that can be employed for picture creation. The longer the telephoto lens, the more compression you get. Conversely, a wider-angle lens creates even more space in-between objects.

Incidentally, these sculptures will be piloted down the street in a big parade that starts around noon in downtown Austin on Saturday, October 26, 2019. Here’s more information, if you’re interested.