A month ago, I went to the Precision Camera VIP Party. It was invite-only, continuing after-hours following the open to the pubic customer appreciation event. It was nice getting the special invite, though it probably means I spent way too much on camera gear. It was a meaningful gesture by Precision Camera. A great way to relax with friends at a community hub for many Central Texas photographers.

I brought along a couple of cameras, as usual, always looking to take photographs and to create fodder for my daily blog. The Fuji X-T10 stayed mostly in my bag, the 50mm equivalent lens was not wide enough and didn’t feel right for this social scene. My casual white Olympus XZ-1 point and shoot, on the other hand, was perfect. I used the Olympus exclusively for this photo essay.

My friend Charles from Olympus was there. So were most of the other major camera vendors, except for Fujifilm. Charles probably thinks I’m crazy for continuing to use my eight-year-old Olympus XZ-1. But, I like the color and the feel of the images. You can see that the old CCD sensor doesn’t do well in indoor light. I really pushed its limits and went past the optimal ISO levels. But the soft and rich colors look different from typical digital cameras. It’s not exactly a film look, but the images have a soul.

These pictures were for fun. There was no need to have perfect, clinically sharp, noise-free images.

Josh, who used to work at Precision Camera, now works for Sony. If you like critically sharp and noise-free images at high ISOs, then Sony’s your company. They’ve been really hitting out of the park for people who like technically strong photographs.

I try to resist the urge to be seduced by technical perfection. Though, I’m not always successful.

They had barbecue, which is a Texas staple. Rudy’s, which is an area chain, does a great and consistent job. While not in the upper echelons of trendy Central Texas barbecue, it’s a worthwhile place to take visitors.

The lines were long all night for the free 13×19″ print, on your choice of three Hahnemuhle art papers. I got this printed on a paper optimized for watercolor. It came out great, and I’ll probably blog about it in the future.

There were two open bars. I stayed mostly on the Tequila side and struck up a conversation with Kristen and sampled different margaritas.

I’m not much of a whiskey drinker, but towards the end, I got the bartender to make me an Old Fashioned. It was the drink of choice for Don Draper, and I figured I’ll give it a try. I’ve only had that drink once before, and this bartender did a much better job. 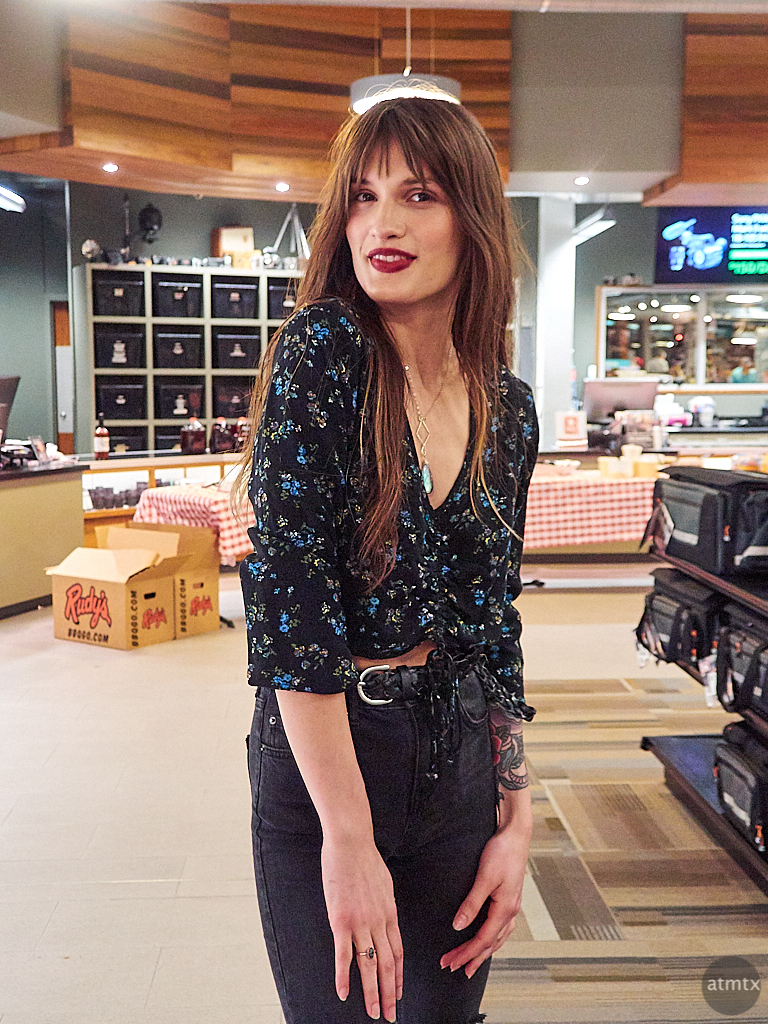 The sometimes dreamy and noisy character-filled photos from the Olympus XZ-1 did its job — to document a fun time with a simple and un-intimidating point and shoot. Given the recent advances, the newest iPhone will probably make better pictures. But, there’s something about using ancient digital relics that makes me happy.

One thought on “Photo Essay: The Precision Camera VIP Party”