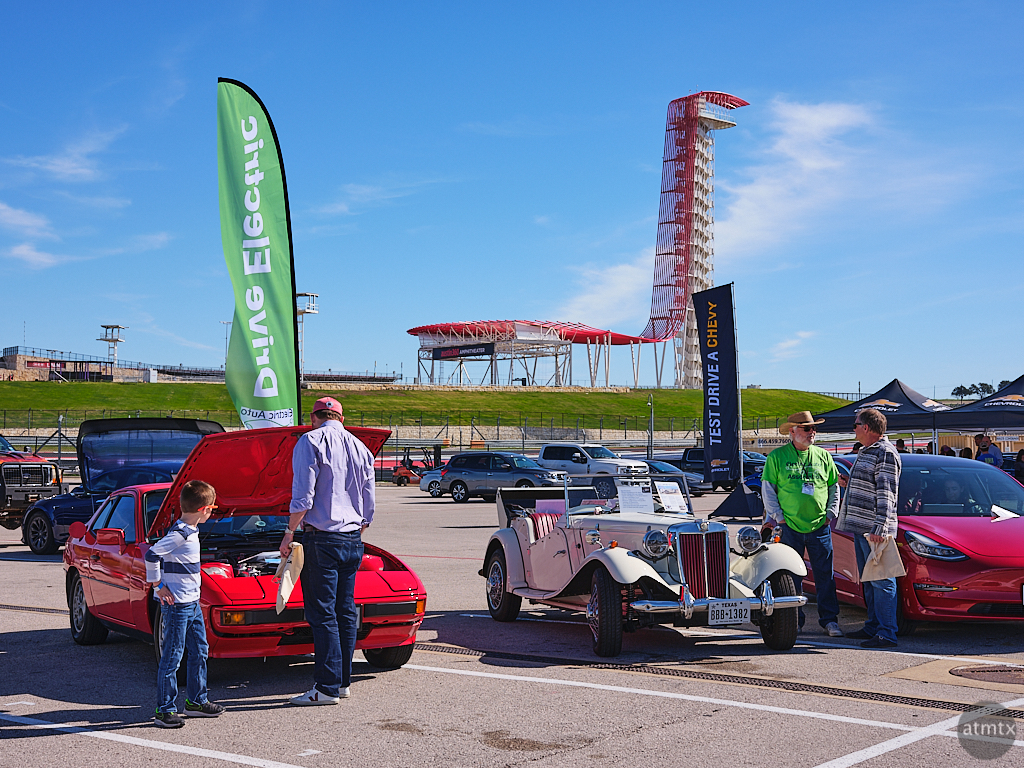 The electric car show, Full Charged Live was held at COTA, the Circuit of the Americas, in Austin. This is the race track where they have the Formula One each year, among other events. It’s the only Formula One location in the United States. This is the second time I ever visited, but I’ve never actually seen a race.

I wanted an iconic photo for that event, with some electric cars in the foreground and the COTA tower as a backdrop. Here we have an old Mazda, and even older MG converted to electric, next to a modern Tesla.

The people in the photo were an added bonus. A father and son, and two enthusiasts added a pleasing human element. It was still early days with the Fujifilm GFX 50R when I shot this. I set the aperture at f11, hoping to get everything in focus, which worked. Now, after a few months, I’m really comfortable with the camera. My simple default settings? Shutter speed set to at least 1/125s, auto ISO, f16, and manual focus set at about 16 feet. All I have to do is frame and shoot.