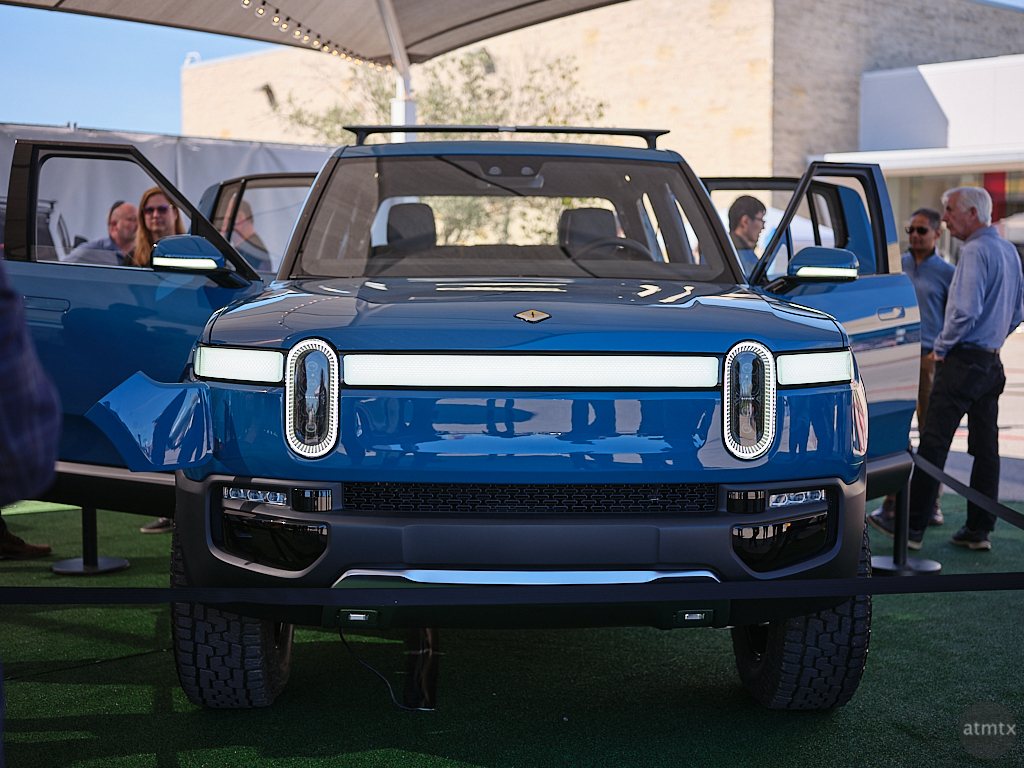 Wrapping up my coverage of this year’s Fully Charged Live show, I’m ending with a pickup truck. In Texas, pickups are really popular, used as regular family vehicles, and not just for contractors and farmers. It’s really an entire lifestyle that people in other parts of the U.S. or around the world might not understand.

Rivian is a new electric vehicle startup making a pickup truck and an SUV. They made a big splash at the show, attracting a lot of attention. Unlike the Audi e-tron or Teslas, this is still a prototype. They have not started mass production.

It looks like this blue is in fashion right now, with Rivian’s resembling Audi’s, which I featured at the start of the series. The front of the Rivian’s SUV looks identical, and it’s a stark and modern contrast to the sleek but fairly conventional Audi. I’m not sure if I like it, but it certainly beats Tesla’s Cybertruck in my book.