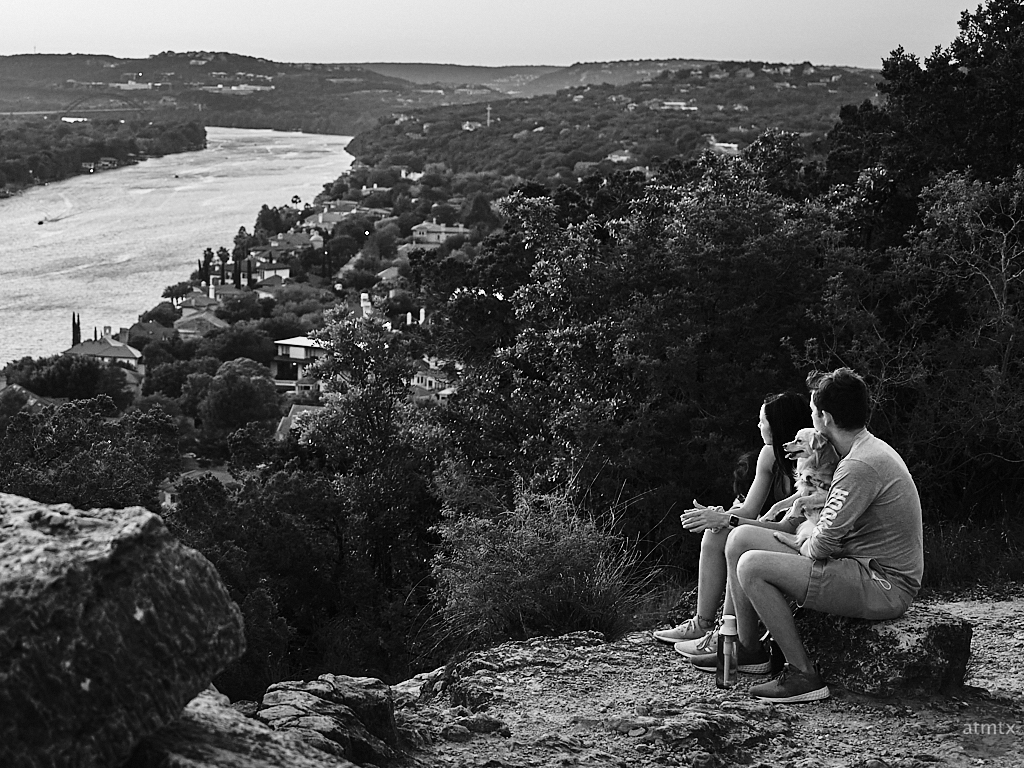 A Couple and their Dog – Austin, Texas

For my final photo from this series of street photographs from Mount Bonnell, we have a couple and their dog looking west. Unlike yesterday’s photo, where bad photographic technique caused me to botch a picture, there were no problems with today’s. I properly focused on the intended subject with adequate shutter speed to produce a sharp and precise photo.

Back in April, I talked about a new street photography technique with the Fujifilm GFX 50R, which I used here. With a 40mm equivalent prime lens, I don’t always have the flexibility to compose the way I want to. This couple was down the hill, and my scampering to get closer probably would have ruined the shot. Instead, I did a massive crop in post-processing.

This Fuji medium format camera has 51MP. After creating the final crop, I’m left with nearly 16MP. Plenty of detail, and I got tack sharp results. If I didn’t tell you this was a crop, I doubt you would have noticed. 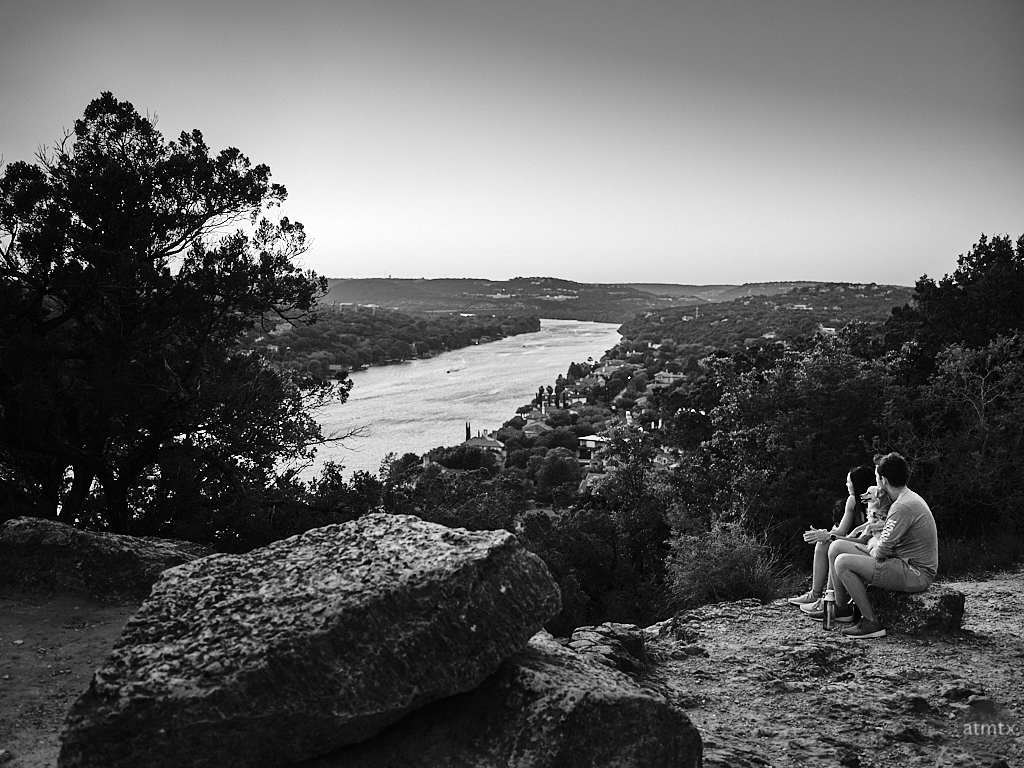 Here is the original framing. I think this version has some of the moodiness I captured in this photo from two days back. Ultimately, emphasizing the subject with a tighter crop made for a more straight forward photo. Both will work, I guess. But that big rock center-left attracts more attention than I want.

Incidentally, all photos from this series of six posts were made on the same day. I shot them within 20 minutes. Sometimes, the photo gods smile upon an outing, and I make more worthwhile pictures than expected. It’s certainly hit or miss. Other times, despite hours spend, I come back empty-handed.

4 thoughts on “A Couple and their Dog”