I waited until the dog walker was ideally framed by the doorway, and then click the shutter. I was going to the Pfluger Pedestrian bridge to capture the skyline at blue hour but was testing my new Fujifilm GFX 50R on the way. It was sort of a throwaway photo, shot quickly hand-held.

Only later, in post-processing, I discovered its potential. With some edits in Capture One, I transformed this into a street photograph that I really like, but I did it in a very different way.

I take pride in my picture framing, usually getting the exact shot in the camera. For most photographs on this blog, the picture is framed as is. For some smaller percentage, I do distortion corrections, but leave the framing mostly intact. However, with the GFX 50R, quite accidentally, I stumbled on a new street photography technique. One that might not be as satisfying, but is very effective. 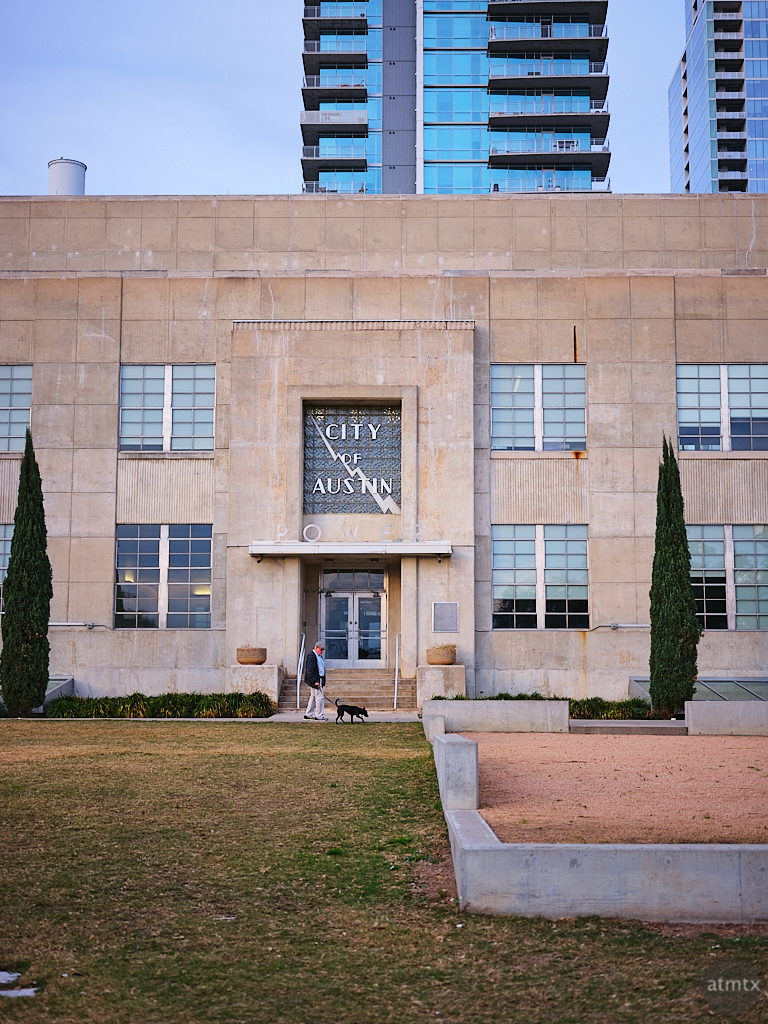 You see, this was the original photograph that I created, with tweaked exposures and color. The framing, however, is as I shot it. I only have one 50mm equivalent prime lens on the GFX 50R, and I knew I couldn’t get close, quickly enough. I shot this on a lark and didn’t think much of it.

But, the GFX 50R is a 51MP camera. I could crop in. Way in. Remarkably, the cropped photograph above is super detailed and sharp — better than my Olympus and Fujifilm X-T10. Even with this extreme crop, the resulting photo is 19MP, which is in line with my most often used cameras*. I understand why this works, but it kind of blew my mind. I wasn’t planning to use the Fujifilm GFX 50R for street photography, but now, you never know.