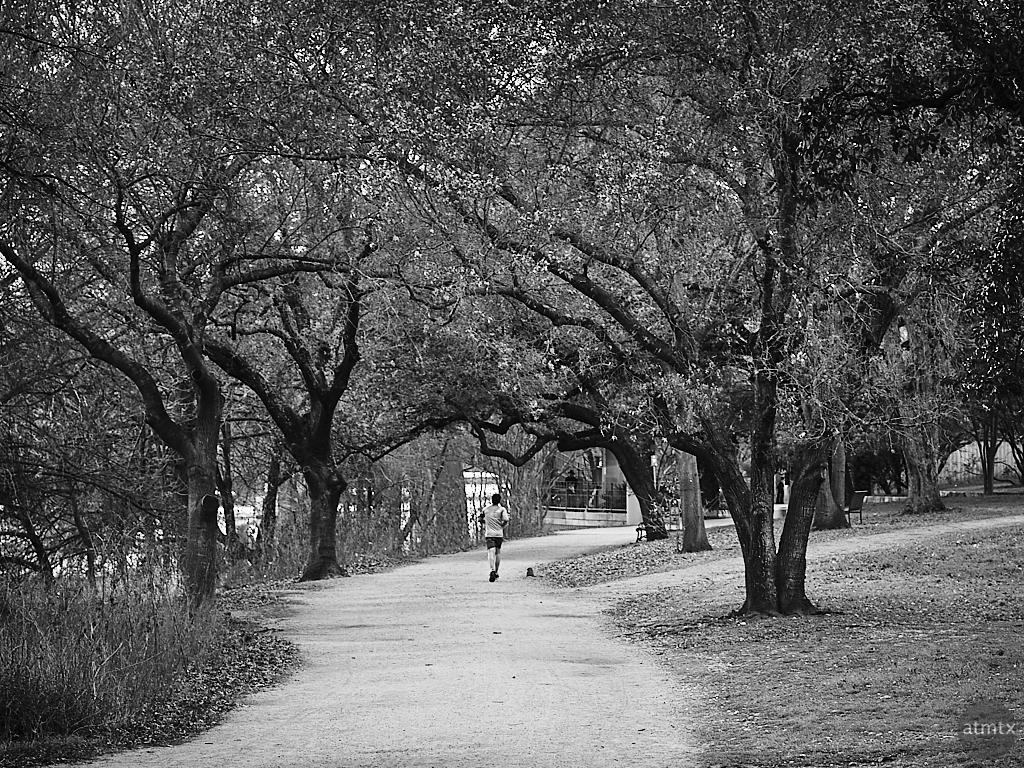 The trees that flank the Hike and Bike Trail in downtown Austin looked structural and attractive. A natural canopy that works perfectly as a framing element. It’s something that I’ve never appreciated before.

This is yet another photograph that I quickly shot as a test of the Fujifilm GFX 50R as I walked to my intended destination. For the last few days, I’ve talked about the cropping capabilities of a 51MP camera. A power that I never had before and a technique that I’m learning more about.

So how much can we crop before it gets impractical? Well, quite a bit actually depending on your intended usage. The photos on this blog are actually low resolution. A mere 768 pixels wide, less than half a megapixel image. Even the bigger image I show (when you click on the photo) is 1280 x 960 pixels — a mere 1.2MP. So I tried an experiment. I cropped the original GFX 50R photo to what I liked compositionally and displayed it above. It turned out to be a 6.52MP photo, which looks pretty good. More than enough for this web display. 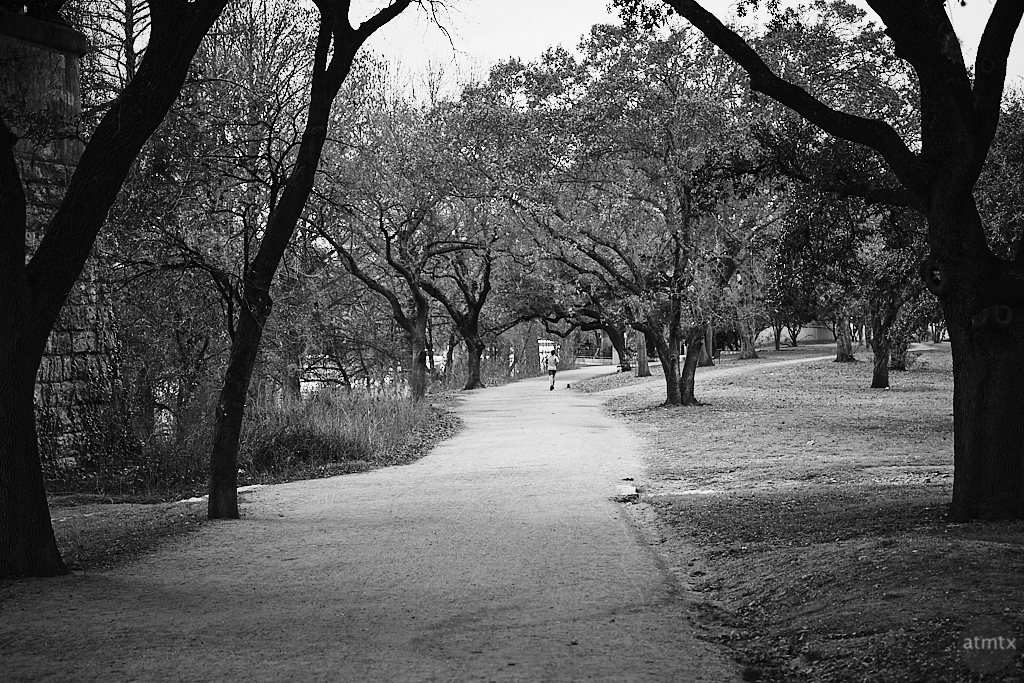 Here’s the photo I was originally planning to post before I tried my radical cropping experiment. I included the graceful silhouette of trees as a framing element. As you can see, the subject changed from the jogger to the tree-covered pathway. This is a 27.8MP photograph.

Finally, here is the original framing. The full 51MP. Again, it was a throwaway test shot. I didn’t intend for it to be anything special. Incidentally, this is right near the bridge that I featured yesterday.

Something interesting that I researched. How does cropping into a photo differ from using a telephoto lens? Remember, I used a fixed 50mm equivalent prime on my Fujifilm GFX 50R. I couldn’t zoom into the scene with my lens. Framing wise, cropping into a photo in post-production is identical to using a zoom lens. Here’s a great post that explains it, and even shows example photos. Obviously, using a real zoom lens will give me a higher resolution. However, when you start with a high-resolution camera, you can throw away extra pixels in certain cases.

I found the formula online for calculating the equivalent focal length of a cropped image. You basically compare the ratios of the diagonals of the two images. So the first photo, at the top of the post, is 2949 x 2212 pixels, and the diagonal is 3686. The original is 8256 x 6192 pixels, and the diagonal is 10,320. So 10,320 divided by 3686 gives a crop factor of 2.8. Multiplying by the 50mm equivalent framing (50 x 2.8), I got about 140mm. That’s assuming I calculated everything correctly using the Pythagorean Theorem. Boy, it’s been years since I did this kind of math.

It was an interesting experiment. On the other hand, another takeaway is that a 51MP camera is overkill if my primary purpose is for the blog — which it isn’t. But clearly, it’s really tough to show the actual resolution of 51MP online. You can tell, however, how sharp the details are, even in a small crop that is merely 13% of the original frame.

One thought on “Framed by Trees”